When does time start to run in a construction claim for the purpose of the Statute of Limitations – when the damage is a) manifest; b) discovered or c) occurs?

Many lawyers in Ireland have been eagerly waiting for the decision in Liam Brandley and WJB Developments Limited v Hubert Deane t/a Hubert Deane & Associates and John Lohan t/a John Lohan Groundworks Contractors 2010/10994P in which the Supreme Court handed down its decision on 15 November 2017. Readers in England and Wales should note that there is no equivalent to the Latent Damage Act 1986 in Ireland despite Law Reform Commission recommendations dating back to 2001.

The Claimant, the developer, engaged the two defendants, a consulting engineer (HD) and a groundworks contractor (JL) on the construction of three dwellings in Co Galway which shared one raft foundation. JL completed the raft foundation for the property in March 2004. On 4 September 2004 HD issued a Certificate of Compliance confirming that he had made periodic inspections of the works during the course of construction and, in his opinion, the construction substantially complied with the grant of planning permission and the relevant building regulations.

The Claimant issued proceedings against HD and JL on 30 November 2010 for damages arising from the defective foundations. Although both defendants subsequently acknowledged that they had been negligent and that the foundations were defective, they brought a preliminary application to strike out the claim on the basis that it was statute barred, more than six years having elapsed since they issued the certificate or carried out the works respectively. On 16 April 2015 the Claimant gave oral evidence that cracks appeared in December 2005. The High Court dismissed the Claimant's action on the basis that it was statute-barred.

The Claimant appealed. The parties were generally agreed that the starting point for the six year limitation period for property damage in tort was not 'discovery' of the damage which was applicable only in personal injury claims. On 2 March 2016 the Court of Appeal allowed the appeal and overturned the High Court decision. The Court of Appeal held that since the Claimant did not suffer damage or loss at the time when the defective foundations were installed, the tort of negligence was not complete. This did not occur until actionable loss or damage occurred which, according to the Claimant was in 2005, and thus the proceedings were issued within the limitation period. The Defendants appealed to the Supreme Court.

Following a hearing on 10 July 2017 the unanimous decision of the Court on 15 November 2017 was to refuse the appeal.

Mr Justice McKechnie said that there were five possible starting points for the limitation period which were the date:

The Supreme Court concluded that the date runs from when the damage (not the defect) became 'manifest'. The Court acknowledged the dearth of evidence before the High Court but the Claimant's unopposed evidence was that the damage became manifest in December 2005 when cracks appeared, within the limitation period.

In his 'unapproved' written judgment, following a comprehensive review of Irish and English case law, Mr Justice McKechnie acknowledged the difficulty of pinning down what is meant precisely by 'manifest': "…in some cases the date of occurrence and of manifestation may be the same; in others the date of manifestation and discoverability may be the same; indeed, sometimes all three may overlap and present on the same date.' He ultimately concluded that 'manifest' means 'that the damage must have been capable of being discovered by a plaintiff'. He drew a distinction between a latent defect and the damage which flows from that defect so that time runs from the manifestation of damage. Interestingly, he considered that the decision in Pirelli (which famously led to the implementation of the Latent Damage Act 1986 in England and Wales) was sound 'as far as the important distinction between latent defect and subsequent physical damage is concerned'.

In reality, as with the majority of construction cases, each case will depend on its own facts, and the difficulty of separating 'discoverability' from 'manifestation' will remain in assessing whether or not a claim is statute-barred. 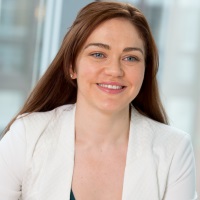