Sean Monks and Neil Irving review the changes to third party rights against insurers and what this could mean for the future. Read our insight.

Between 1930 and 2016, anyone looking to make a claim against a dissolved company's insurers needed to restore the company to the Companies Register first before being able to pursue the insurers under the Third Parties (Rights against Insurers) Act 1930.

The process for restoring dissolved companies to the Companies Register was (and remains) lengthy and expensive. It involves preparing a claim form and supporting witness evidence; paying the Court issue fee; negotiating undertakings with the solicitors acting for the Registrar of Companies; paying their fees; and making arrangements for the payment of any statutory penalties for the late filing of the dissolved company's accounts.

The implementation of the Third Parties (Rights against Insurers) Act 2010 (the "2010 Act") in 2016 made the process simpler and cheaper for claimants. The 2010 Act allows a claimant to bring proceedings against the insurer directly for (1) a declaration as to the insured company's liability to the claimant and (2) a declaration as to the insurer's potential liability to the claimant. That is to say, a claimant is able to recover damages directly from the third party's insurer without first restoring the dissolved insured company to the Companies Register.

For defendant insurers, though, the 2010 Act had some unintended consequences.

In an injury case, where two or more defendants are responsible for causing injuries to a claimant, the insurer of one of the defendants (acting through its insured) could agree settlement terms with the claimant, and then recover a share of the damages from the other defendant(s). This is typically done under the Civil Liability (Contribution) Act 1978 (the "1978 Act"). However, the 1978 Act only allows a party to recover a contribution from another liable party if it is in respect of the 'same damage'. This can cause issues in a disease claim where it can be argued that depending on the aetiology of the disease in question successive exposures have caused separate rather than the same damage. Also, in circumstances where the dissolved company is liable to the claimant for the injuries caused, and the insurer is liable to the dissolved company for an indemnity for the damages paid to the claimant, an insurer would arguably not be able to rely on the 1978 Act because the claim is not in respect of the 'same damage'.

Section 1030 of the Companies Act 2006 imposes time limits on when an application to restore a company can be made. Where a claimant has suffered personal injury, there are no time restrictions on the claimant applying to restore the company. However, for an insurer, the law (until recently) was that an application to restore the company was to be made within six years of the company becoming dissolved. In some injury cases, for example where personal injury has been caused as a result of exposure to asbestos, the defendant company has often been dissolved for many years before the claim is brought. Even though the insurers may be liable to pay out for the whole of the injury claim (for example under the Compensation Act 2006 in relation to a claim for mesothelioma), they were often out-of-time to bring an application to restore the insured company in order to be able to seek contributions from other liable parties.

In summary, following the 2010 Act coming into force, insurers were in certain situations left in a position where they were paying out on claims and had no means by which to recover contributions from other responsible parties.

The Third Parties (Rights against Insurers) Act 2010 (Consequential Amendment of Companies Act 2006) Regulations 2018/1162 (the "2018 Regulations") came into force on 23 November 2018. The 2018 Regulations allow insurers (not just claimants) in personal injury cases to bring an application to restore a dissolved insured company at any time (i.e. the six-year time limit for insurers has been removed). The intended impact of the amendment therefore is that all insurers will be put in the same position that they would have been in had an indirect claim (i.e. via their reinstated insureds) been brought against them.

The 2018 Regulations give insurers the means by which to recover contributions towards personal injury settlements in cases where previously they would have been left out-of-pocket. Their significance in disease cases where insurers had considered the greater problem lay will be looked at in more detail by our disease team in a later article.

However, some issues for insurers remain, including: 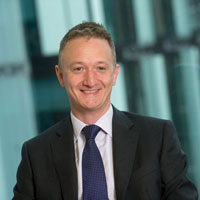 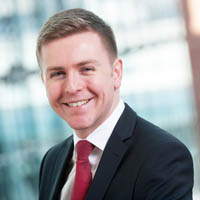