This week the Damages (Investment Returns and Periodical Payments) (Scotland) Bill received the support of the Scottish Parliament and will now proceed to Stage 2 where amendments can be proposed and debated.

On 18 December the Scottish Parliament debated and agreed the general principles of the Damages (Investment Returns and Periodical Payments) (Scotland) Bill.  MSPs will now consider the details of the Bill at Stage 2 where any amendments can be proposed.  The Bill when implemented will lay down the mechanism for setting the Discount Rate in Scotland. You can read the Official Report debate here.

What was clear from the debate is that while there was broad support for the Bill there are key areas of disagreement between the pursuer and defender lobbies.

The "further margin" - an award of damages is designed to compensate a wrongly injured person for the loss and harm caused by the injury, no more and no less. The rate is to be set with reference to a hypothetical investor, investing in a notional portfolio over a period of 30 years.  There will then be a 0.5% reduction to cover inflation and investment advice and a further reduction (the "further margin") of 0.5% to guard against the investment risks undertaken and the risk of under-compensation.  If the regime (hypothetical investor and cautious notional portfolio) is designed to produce 100% compensation then one might ask why a further margin necessary at all.  The argument has been made that this adjustment is more likely to result in over-compensation which then falls to be paid by taxpayers or policyholders.

Period of review – it now seems likely Scottish Ministers will accept the recommendation from that the Discount Rate should be reviewed every five years rather than three as proposed in the Bill, and Ministers will bring forward an amendment at Stage 2.   We believe this is essential to prevent gaming of the system, as many high value claims take longer than three years to resolve. The five year period should minimise the risk of tactical negotiations occurring near a review period.

Date for Discount Rate - the Economy, Energy and Fair Work Committee asked Scottish Ministers in their Stage 1 Report to consider how the Bill could be amended to apply the Discount Rate prevailing at the time a claim is raised, rather than the rate in place when the claim is settled.  There is welcome news for insurers in the response to the Stage 1 Report in which the Scottish Government's position is that it makes "little sense for damages to be calculated by reference to the rate of return that applied at any point in time other than the point in time at which damages are calculated." We will continue to make this point throughout Stage 2.

PPOs – the pursuer lobby considered more weight should be given to a pursuer's view when the court decides on whether to impose a PPO. Scottish Ministers appear reluctant to introduce a statutory presumption in favour of PPOs, as they are wary of undermining the court’s ability to make a decision on the facts of each case.  The Minister, Ash Denham, was clear that that it should be the courts which ultimately decide the outcome giving equal consideration to both parties. However, she conceded this could be looked at in more detail and we will monitor this closely.

Stage 2 will get under way in the New Year and it is thought likely that the Bill will be enacted sometime in 2019. The initial review of the rate requires to be started within the 90-day period following commencement, and thereafter there will be regular reviews within what is likely to be five-year periods.

We will continue to present the concerns of the insurance industry, working with our colleagues at the ABI and FOIL and report back on progress made.

May we take this opportunity to thank you for your support over the past year and wish you a very Merry Christmas from the Scottish Insurance Team at DWF. 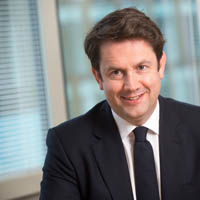