Rigorous Regulators: How can you prepare for increased enforcement action?

One of the key trends that is likely to continue throughout 2019 is an increase in enforcement action taken by regulators against organisations and individuals, across a number of targeted sectors. We focus in on two regulators - the Care Quality Commission (CQC) and the Health and Safety Executive (HSE) – to take a look at what we can expect to see over the next 12 months.

The CQC's new Chief Executive has been very vocal about heightening future enforcement action and has advised that the CQC have lined up 163 potential prosecutions against adult social care providers and 31 possible prosecutions against NHS organisations . In order to achieve this, they have made a number of strategic hires to ensure that they have the best team in place to scrutinise evidence, an area which has been idenfified as a significant weakness in the past. The CQC hope that such changes will facilitate not only an increase in the number of prosecutions, but also an increase in effective prosecutions.

Given the recent public scrutiny that care homes and the NHS have faced, it is unsurprising that the CQC are increasingly utilising their enforcement powers and prompting healthcare providers to make changes where appropriate.

In 2018, the CQC brought a case against Hillgreen Care Limited ("Hillgreen") for failing to provide an appropriate level of care and protection to service users from a risk of sexual abuse . Hillgreen was fined £300,000 in November 2018 due to what has been described as a "woefully inadequate"  system of care in place, which led to an alleged sexual attack on a resident, by another resident who was known to have a history of sexual assaults. Despite Hillgreen being subject to insolvency proceedings, the District Judge found that such a level of fine "would serve to mark society's condemnation of Hillgreen's failure to protect vulnerable people in its care" . This case serves as a stark reminder that fines will remain high where there are known risks to patient safety and a lack of procedure implemented to manage such a risk, despite the company facing financial difficulties.

This example, amongst others, should be viewed as a learning opportunity for healthcare providers. Whilst such organisations face unprecedented challenges due to financial cuts, the CQC's continued enforcement action serves as a reminder that standards cannot slip without serious consequences.

Recent publications from the HSE suggest that they have increased their scrutiny of industries which are considered dangerous and which have traditionally carried a heightened risk of workplace injuries.

Recent statistics reveal that the agricultural industry accounts for 20% of worker deaths , largely stemming from poor health and safety management. As such, it is no real surprise that the HSE have honed in on the agricultural industry, particularly farms, when conducting spot checks and inspections. It appears that the HSE will continue to target farms in order to check for compliance with health and safety legislation, with resulting enforcement action for those who are found not to meet the appropriate standard. Such enforcement action will be taken against individuals, as well as businesses, where appropriate.

This has been demonstrated recently in the HSE's prosecution of Neil Carpenter, who was overseeing the activities on a farm in Dawlish, Devon. The case involved a young volunteer who died after becoming entangled in a power take-off (PTO) shaft at the rear of a tractor whilst under Mr Carpenter's supervision. The HSE inspector described the guarding of the PTO shaft as "grossly inadequate"  and Mr Carpenter was convicted of gross negligence manslaughter and received a custodial sentence of 4 and a half years. In addition, Mr Carpenter admitted to two offences in breach of s.3 Health and Safety at Work etc. Act 1974 for failures resulting in the volunteer's death as well as a previous incident involving two other volunteers riding quadbikes without helmets. This increased his custodial sentenced by a further ten months.

This case demonstrates the scrutiny that individuals who adopt a supervisory or managerial role in the agricultural industry are under, as well as the business as a whole. Given that the HSE are more alive to the inherent risks to health and safety within the agricultural industry, organisations as well as indivduals need to review their working practices and make changes or improvements where necessary.

The HSE have released guidance to help farm owners and other farmers understand the common risks to health and safety in this type of workplace and how to minimise such risks. This information is easily acccesible on the HSE website. For example, their publication on 'What a good farm looks like' focuses on the key high-risk areas and provides practical guidance on working systems and procedures which should be implemented in order to achieve best working practice. To access this publication please click here.

Data gathered by the HSE shows that there has been a 13% increase in the number of cases of work-related stress, depression or anxiety in 2017/18 in comparison to the previous year . Mental ill health caused or heightened by the workplace amounted to 57% of the total working days lost due to work-related issues in 2017/18.

There has been a major shift in attitudes towards mental health and the importance of ensuring that mental health and wellbeing is supported in the workplace is now widely recognised. The Mental Health Foundation (MHF) published a report which recommended that the HSE treat both physical and psychological hazards in the same way and to increase enforcement action in the event of breaches of health and safety legislation . Now more than ever, employers cannot ignore the issues of workplace stress and anxiety and must be fully equipped to be able to offer appropriate support to those who need it.

In order to be prepared for any increased enforcement action, employers should look to introduce or adapt existing policies to manage the risks to mental health. This should include offering training to line managers and senior members of the workforce so that they are better equipped to look out for signs or patterns of behaviour common to those who are suffering with work-related ill mental health. An accessible system of reporting will also ensure that cases are dealt with by the appropriate person at the earliest opportunity.

As well as systemic changes, businesses should look at the culture of their organisation to ensure that employees' mental health at work is fully considered and protected. Such a cultural shift is likely to encourage a more open environment within the workplace so that employees feel comfortable to voice their issues and seek help when necessary.

What does this mean for the future?

Regulators are increasingly taking action where there have been individual as well as organisational failures resulting in breaches to health and safety legislation. This trend looks set to continue throughout 2019 and beyond.

In order to be prepared for any unexpected visits from the relevant regulators, businesses need to be proactive in reviewing their policies and procedures, and in implementing change at the earliest opportunity where any risks to health and safety are identified. As well as systemic issues, there needs to be a greater focus by organisations on cultural change and improvements in order to promote a safer working environment at every level of the business. 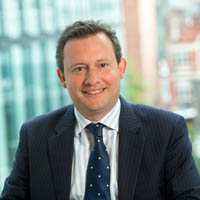