The recent decision in Kamran Naqvi v Harris Cartier Limited (In Liquidation) and Ors is a good example of how decisive early action by defendants applying for strike out and summary judgment can pay off in circumstances where the claim has no realistic prospect of success. Jo Batchelor and John Bennett of DWF acted on behalf of the barrister in connection with this claim for professional negligence in which the Claimant sought damages of £10.2million.

The Claimant, Mr Naqvi (a former employee of Lloyds Banking Group) brought a claim against his former solicitors and barrister in relation to an unsuccessful race discrimination claim originally brought against the bank.  The Claimant alleged that the defendants failed to adequately formulate, advance and quantify his claim for race discrimination.

Before filing a defence, the barrister and solicitor defendants applied:

(1) to strike out the claim as an abuse of process because it amounted to an impermissible collateral challenge to the original employment tribunal's determination; and

(2) for summary judgment as the claim had no real prospect of success and there were no reasonable grounds for bringing elements of the claim (specifically, the inflated claim for loss).

It was found that the Claimant's case was intelligible and made sense.  However, the applications for summary judgment succeeded because the Claimant was unable to demonstrate (from the contemporaneous documents relied upon) that he had provided sufficient information, evidence and instructions to his legal team to support the case he was now saying should have been advanced.

The case the Claimant was now seeking to advance was based on hindsight and was unsupported by the documents.  It was found that it was not the lawyers' role to "think up complaints he [the Claimant] was not making or seek out discrimination claims that had not been raised.  Still less, could it be negligent to fail to do so". This finding provides helpful clarification of the scope of the lawyers' duty of care.

Summary judgment was granted (without the need for further procedural steps or a trial) because "the Claimant's case is not borne out by the very documents he has pleaded reliance on."  and "the lack of merit in the pleaded claim is apparent at this stage from the undisputed documentation."

In dealing with the application to strike out the claim as an abuse of process, the Deputy Judge reviewed the authorities and decided that the "new evidence" test from Phosphate SewageCompany v Molleson (1874) 4 App Case 801 at 814 was only to be applied where a second action (of the type commenced here) depended on showing that the court in the first action had wrongly assessed the matters now relied on to establish the second claim. Laing v Taylor Walton [2007] EWCA 1146; [2008] PNLR 303 was also considered and it was decided that if a Claimant had a real prospect of showing that the lawyers in the first action were negligent in not bringing a claim that was viable on the available evidence, "it does not appear to be in the interests of justice to per se characterise such a claim as abusive…simply because the evidence was already in existence, so that the Phosphate Sewage test would not be met"

When these points were applied to the present case, it was decided that the Deputy Judge needed to look in context at the three points in the original judgment upon which the defendants had relied, and not in isolation. Having done so, the Deputy Judge concluded that the Claimant did not need to satisfy the Phosphate Sewage test and so this case did not bring the administration of justice into dispute.

This case is a good example of defendants taking early proactive action to defeat a claim which had no realistic prospect of success. The Deputy Judge made very helpful comments to defendants seeking summary judgment and reassurance that applications can succeed at an early stage of proceedings if they are supported by the documents, or alternatively, if a claimant's case is wholly unsupported by any documents.  She also provided reassurance that: "A claim that does not have a realistic prospect of success should not be permitted to go to trial on the speculative possibility that more [evidence] may emerge". Defendants should take heart from these comments and not be afraid to make applications early on in proceedings when facing unmeritorious claims. 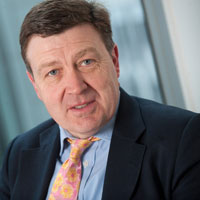