Victorian Court of Appeal upholds decision that a Retail Lease cannot 'jump out' of operation of the Retail Leases Act. Richmond Football club get a win before the big dance on Saturday.

Some of you might be aware of the ongoing dispute between Richmond Football Club (RFC) and its landlord, Verraty Pty Ltd (Verraty) regarding the application of the Retail Leases Act 2003 (Vic) (RLA) and whether a lease can effectively 'jump out' of operation of the RLA.

In 1998 RFC and Verraty entered into a new 10 year lease (with one 10 year option) for a pokies centre in Wantirna, commencing 7 May 1998.  In 2004 the lease was varied by extending the original term to 20 years which, at law, operated as a surrender and re-grant. Accordingly, a new retail premises lease was entered into in 2004.  That date is important as it causes the lease to fall within the operation of the RLA (and not the preceeding legislation).

The relevant provisions of the RLA are:

The lease required RFC to pay land tax and also contained ratchet provision on a market review.  In 2011 RFC challenged the obligation to pay land tax as void pursuant to section 50 of the RLA.  At first instance, VCAT held that the 2004 variation was, at law, a new lease which operated under the RLA and as such RFC was not obligated to pay land tax.

Verraty was ordered to repay all amounts that RFC had paid in respect to land tax.

During the term of the lease, Verraty issued estimates of outgoings (as it was obligated to do under the RLA), which showed that on and from 7 May 2016 the total occupancy costs exceeded $1 million.  Verraty took the view that as occuapncy costs were now above the legislative threshold for operation of the RLA, the lease was no longer a 'retail lease' and sought recovery of land tax from RFC.

This led to a further ongoing dispute between the parties, resulting in 2019 VCAT proceedings.

In 2019, VCAT held in favour of Verraty and that as a result of the lease no longer being a 'retail lease' due to occupancy costs exceeding the staturoty million dollar threshold.

Effectively, VCAT declared that a lease can 'jump out' of the operation of the RLA if occupancy costs exceed the nominated threshold and disqualify the lease as being a 'retail lease' for the purposes of the RLA.

Due to VCAT's decision, RFC had to pay land tax as required under the lease and the market review on renewal in 2018 was subject to the ratchet provision (which was no longer void as the RLA did not apply from 7 May 2016).

(not really – but they found in favour of RFC) - RFC appealed VCAT's findings and the Victorian Supreme Court held that:

Verraty appealed and on 16 October 2020 the Court of Appeal upheld the decision in favour of RFC, stating:

If you require further advice or assistance in respect of this decision or any retail lease matter, please feel free to contact Richard Skopal or DWF's Real Estate team. 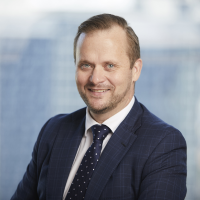