An update of guideline hourly rates - but is now the right time?

Gill Lines, Barrister & Senior Associate, DWF Costs, considers the latest call for a review to the guideline hourly rates and questions whether the timing is right.

In March, the Civil Procedure Rules Committee announced that a sub-committee would be working on recommendations for 'updating' guideline hourly rates (GHRs) by the end of the year. The proposal has the backing of the Master of the Rolls (MR), Sir Terence Etherton, and they will report directly to Lord Justice Coulson, the lead judge for costs in the Court of Appeal.

If we rewind to Lord Justice Jackson's review of civil litigation costs, he wanted a Costs Council which of itself could resolve costs issues including GHRs. The Government did not accept that recommendation and the Ministry of Justice (MOJ) decided that the Costs Committee would not have the power to decide the level of GHRs but would provide recommendations on them.

The issues here are both political as well as legal, connected as they are with what the Government sees as an on-going need to control legal costs for a variety of reasons including the reduction of the cost of motor insurance and the further widening and implementation of its fixed costs regime.

Therefore, even if the sub-committee's recommendations come to fruition, there is still the hurdle of the MOJ to take into account and, of course, the question of timing.

So why the call for recommendations now?

One decade on, perhaps there has been a sense of reticence since the last revision and a desire to take action given the rumble of dissatisfaction, from Mrs Justice O’Farrell in the Technology and Construction Court last year, that GHRs from 2010 were 'unhelpful’ (Ohpen Operations UK Ltd v Invesco Fund Managers Ltd).

Why has it taken 10 years for revision?

A survey into GHRs on the judicial website in 2014 stated that the GHR for 2010 were based on an inflationary uplift of the 2009 figures as an interim measure. The MR did not feel able to set new rates in 2011 on the basis of another purely inflationary index-linked calculation, without a broader base of evidence. It is this requirement for evidence-based GHR increases that led to the last review by the Civil Costs Committee in 2014.

Despite a year of research, the recommendations of the Civil Justice Council Cost Committee were rejected by the then MR, Lord Dyson because of the lack of underpinning evidence in support. The committee's research, had focused on establishing the 'actual' rates of running a litigation practice in different parts of the country. An approach which was set to fail given the different number of business models operating across as broad a range of litigation practices in the various localities. One size could not possibly fit all. The other justification mentioned by Lord Dyson for not changing GHRs was that the evidence was clearly not based on data from the post-Jackson era because it was too early for that to be available.

Will there be a difference in approach in this review?

This time, the Rule Committee’s costs sub-committee has recommended a different approach to collecting the evidence and their aim is to provide ''broad approximations of the actual rates in the market rather than anything more accurate than that''

This is a departure from what Lord Dyson said was the sort of in-depth survey that the then Civil Justice Council’s costs committee and its expert advisers considered was required to produce an ''adequate evidence base''.

The sub-committee's alternative suggestion is to consider reverting to an approach where guidelines are set locally following discussions between the judiciary and local solicitors, and then set by the judiciary in the area.

“A similar approach could be taken now, with the rates being set for Circuits and for London. The guidelines could be based on recommendations by regional costs judges based on, for instance, their experience of costs budgets, with input from local law societies and CILEx.”

The sub-committee said the Civil Justice Council could then review the results before submitting recommendations. “Such an approach could well ensure that sufficient data was gathered, thus overcoming a problem that hamstrung the costs committee in 2014.”

But is this the right approach?

Is it possible to arrive at broad approximations of the 'actual' rates where these 'actual' rates have not been established? The position remains the same as it was in 2014. There is no funding to conduct such a survey and it is questionable whether sufficient numbers of firms across a whole spectrum of litigation practices across different locations would be willing to participate and provide the level of data required to produce 'broad approximations' and reasonable GHRs.

In respect of the alternative approach suggested, if GHRs are to be set locally, on the basis of the experience of costs judges derived from budgets then this would not produce reasonable GHRs. Hourly rates utilised in budgets cannot be taken to provide evidence of the true underlying expense rate of any given firm and they should not be taken at face value. This is why evidence-based data was required in 2014. They are often highly inflated, and take into account 'post code' offices with significant overheads and unwarranted subjective enhancements. Any amount of local discussions will not iron this out.

Is this the right time?

In 2014, the time was not right because it was too close to the implementation of the Jackson reforms to benefit from any relevant or credible post Jackson data.

In 2020 it is arguable that the time is still not right because the foundation of legal business is changing and the basis of any data will be based on ageing models and practices.

Post Covid, undoubtedly there will be a significant change to business models as many firms adapt to embrace the productivity of agile work forces and the inevitable move away from expensive real estate costs. More legal businesses will utilise cloud based technologies and new working practices to deliver cost effective and innovative solutions for clients. As more people continue to work from home, and overheads reduce, there will be a call for a reduction in GHRs. The focus on 'location' will increasingly lack any relevance and so too any new GHRs based on old practices. Only time will tell how this will play out, however any recommendation for change now would be flawed against a new evolving landscape. 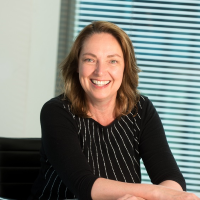