Introduced in response to the COVID-19 pandemic, the UK Corporate Insolvency and Governance Bill (the Bill) received Royal Assent on 25 June 2020. Following just one month of consultation, certain modifications have been made to the draft Bill published on 20 May 2020, and these are discussed in this article.

The Corporate Insolvency and Governance Act 2020 (the CIGA) came into effect on 26 June 2020. The CIGA made a number of changes to the insolvency regime however, the key parts of the Bill, which caused debate, centred on the potential effects of the CIGA from a defined benefit (DB) pensions standpoint. The changes made are discussed in this article along with the potential impact of the Pension Protection Fund (Moratorium and Arrangements and Reconstructions for Companies in Financial Difficulty) Regulations 2020 (the PPF Regulations) which were brought in on 6 July 2020.

The new moratorium allows a breathing space from enforcement for a period of an initial 20 days (extendable up to a year with court approval) subject to applicable tests regarding potential for rescue being satisfied.  It is not a formal insolvency process.

The Restructuring Plan (RP) is a new route allowing a business in financial distress to come to an agreement with creditors, with the court's approval. It is based on the existing 'scheme of arrangement' process, which keeps the company's directors in control and it is not a formal insolvency process. The difference from the existing process is the new 'cross class cram down', which allows the court to approve an RP notwithstanding creditor dissent. The court can approve the RP if:

The key issues identified from the Bill were:

− the 'super-priority' status for lending debt on a post-moratorium insolvency (even if the debt is accelerated during the moratorium);
− lending debt would continue to be payable during a moratorium but pension scheme deficit contributions might not; and
− neither the proposed moratorium nor the restructuring plan was an 'insolvency event' for PPF purposes so the PPF would not step into the pension scheme's shoes to vote, as they do on (say) a CVA.

Where have we landed?

There is now better clarity as to which debts will have 'super-priority' status (in any administration or liquidation which occurs within 12 weeks of a moratorium). The amendments prevent lenders gaining super-priority for debt which is accelerated during the moratorium, though this will not necessarily prevent a lender accelerating its debt before a moratorium and gaining that super-priority.

Lending is still considered to be pre-moratorium debt without a payment holiday and repayments must therefore be made as they fall due during a moratorium. Lenders also remain entitled to accelerate their loans during the moratorium bringing it to a premature end.

Under CIGA and the new PPF Regulations, where an eligible DB pension scheme is in play:

From a banking perspective, the main upshot of all this is that unless a standstill agreement or other form of waiver or agreement has been reached with a company's lenders prior to the commencement of the moratorium, those lenders hold the keys to bringing the moratorium to an abrupt end - either by making demand for repayment under on-demand facilities, or pursuant to an outstanding default.  Failure to pay means the monitor would have to terminate the moratorium.

− In recent years, we have seen the combination of trustees, the PPF and TPR being a force to be reckoned with at the restructuring/insolvency table (in cases such as BHS and Toys R Us).  In circumstances where the government has been looking to further strengthen that force by enhancing TPR's 'moral hazard' powers, this Act seems out of place.  However, it is plainly driven by a short term need to keep corporates going in a time of crisis. Perhaps unsurprisingly (given the legacy status of most DB schemes), the pension scheme is considered insufficiently core to the business to warrant protection. Perhaps also, the PPF has been a victim of its own success (in having generated a healthy funding position) and that has led the government to think it can cope with the (seemingly inevitable) lower recoveries. Frank Field has also lost his seat…

− Trustees can only hope that:

− the ultimate result is that more businesses do survive to offer the DB scheme support over the long term; and
− the Act's impact is closely monitored and the regulation making powers are further used if needs be to ensure the DB scheme is not thrown under the proverbial bus.

In the meantime, it is likely that both trustees and TPR are going to be adding an extra layer of caution to any funding discussions and looking for things like fixed security to help put them up the pecking order.

The full effect of the emergency amendments to the CIGA are predominantly in relation to DB pensions and the precise impact will only be clear over time. However where a company has a DB scheme, the CIGA clearly has the potential to damage recoveries for the scheme.  In the meantime, trustees (and TPR) are likely to dampen their assessment of covenant, in particular the value placed on a floating charge.

If you have any queries regarding the above or any restructuring or insolvency or pensions queries during this difficult time, please do not hesitate to contact our team. 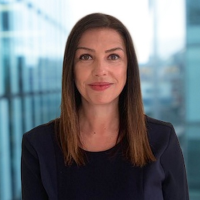 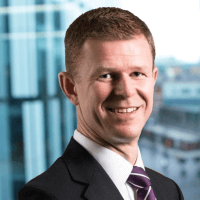