Local villagers of Tonkolili, Sierra Leone, brought proceedings against the owners and operators of an iron ore mine in the same region. The English Court heard the case as the third defendant, African Minerals Limited ('AML') was based in London, pre administration. AML inherited the rights and obligations of the first and second defendants. Consequently, AML was considered to be the only active defendant in the litigation. For ease of reference, 'AML' should be taken to apply to all defendants.

The mine's impact on the surrounding area led to serious conflict and tension with local villagers. Matters came to a head during the events of November 2010 and April 2012 which instigated a significant overreaction by some members of the Sierra Leone Police ('SLP') against disruptive protests and threats to the personnel, property and business of AML (the 'Events'). The Events were violent and chaotic; during the course of which some villagers were "beaten, shot, gas, robbed, sexually assaulted, squalidly incarcerated and, in one case, killed.[1]" The tortious acts committed by the SLP against many villagers were not disputed. However, the SLP was not, and has never been, a party to this litigation.

The SLP was relatively poorly financed. AML provided vehicles, logistical support and agreed to make payments to the SLP for protection. AML's need for the SLP was not limited to circumstances of unrest.

AML was accused of responsibility for SLP's unlawful actions, on the basis it: (i) was vicariously liable; (ii) was liable as part of a 'common design' with the SLP; (iii) encouraged the SLP to commit tortious acts; (iv) had breached its duty by failing to prevent the SLP from committing tortious acts; and/or (v) had breached its duty in respect of an extra-hazardous activity. At trial, elements (i) and (iii) were advanced by the claimants, as these were said to arise out of AML employees' direct involvement in the torts.

At first-instance, Turner J found AML's employees not guilty of free-standing tortious conduct. The contention that AML was vicariously liable for the torts of the SLP was unsustainable and AML did not have influence over the SLP to act tortiously. Likewise, all other heads of liability which the claimants' sought to prove failed.

In 2000, after an extensive consultation between governments and extractive industry businesses the Voluntary Principles on Business and Human Rights were formulated. Turner J did find that AML's failure to conduct a formal risk assessment or put in place appropriate control measures, such as a crisis management plan, would have amounted to a breach of the Voluntary Principles, had AML's duty extended to the local population at large.

The Court of Appeal Decision

At appeal, the appellants advanced two arguments: (i) Whether AML was liable as accessories to the torts committed by the SLP, on the basis that they had acted in furtherance of a 'common design' with the SLP ('accessory liability'); and (ii) Whether AML had negligently breached an alleged duty owed to the appellants ('negligence liability').

For AML to have accessory liability, assistance and intention are required ingredients. It is not enough to show that AML performed acts which facilitated SLP's commission of the tort. The appellants needed to show: (i) AML acted in a way which furthered the commission of the tort by the SLP; and (ii) AML did so in pursuance of a common design to do, or secure, the doing of the act which constitutes the tort[2].

The appellants' pleaded case was that AML had "instigated, directed, counselled or procured[3]" the tortious acts of the SLP pursuant to a common design to quell protests and disruption in the mine area. In the High Court in a comprehensive judgment, Turner J's findings of the facts were that AML employees committed no unlawful acts themselves and there was no 'instigation, direction, counselling or procuring' by AML. Accordingly, there was no 'assistance' of the kind pleaded by the appellants. Turning to intention, Turner J found AML had no intention that there should be any unlawful actions on the part of the SLP. Therefore, the common design argument failed for lack of both ingredients.

At appeal, the appellants advanced the new case of 'inferred intention'. Common design was argued to constitute the provision of money, vehicles, and accommodation as assistance; and as AML could foresee that the SLP might use excess force via AML's assistance, AML intended the protests to be quashed with unlawful force, if needed. The appellants argued that though AML may not have wanted violence to be used, its intent could still be conditional (to quash protest if need be using unlawful force). At appeal, this argument was rejected as it wrongly equated foresight with intent. The position that AML should have foreseen that the SLP might use excessive force, is different to intent, or conditional intent. Foreseeability, on its own was not enough to create a legal liability.

Taking an approach of common sense, the Court of Appeal held that AML had no sensible option but to act as it did. Without additional resources the SLP would have not been there at all, or in much lesser numbers. Consequently, violence and unrest would have continued, and AML employees' safety would have been further jeopardised and put at risk. In summary, the appellants' argument ignored the fact that the SLP should have, and could have, done their job without using unlawful violence.

The appellants criticised the first instance judgment, on the basis that the judge had treated the case as one of 'pure omissions'. In the alternative, the appellants argued that if it was a case of pure omissions, then the case fell within the 'creation of danger' exception.

A fundamental principle at law, is that liability is not imposed for what are called pure omissions. At first instance, Turner J considered the alleged breaches and noted there were five positive acts and ten were omissions. Concluding that the case could be analysed by reference to omissions, as AML failed to protect the appellants from the tortious acts of the SLP. At appeal, the positive acts of providing money, vehicles and accommodation formed the appellants' substantive argument. Therefore, the appellants argued the case could not be treated as one of omissions.

Coulson LJ disagreed, regardless of how the alleged breaches were pleaded, the underlying complaint amounted to an omission: AML had failed to protect the appellants from the tortious acts of the SLP, however, the damage caused to the appellants was not through any 'act' that AML was responsible for. Via AML's provision of vehicles and logistic support as 'acts' to the SLP, the Court of Appeal rejected the appellants' attempt to "build a Trojan horse[4]" by which bare and distinct omissions could be brought within the parameters of a duty of care. If AML owed no duty of care in respect of omissions to resolve the dispute, then such a duty could not arise parasitically through distinct acts of providing the SLP with vehicles and support.

The pure omission principle applies only when a failure to act, can be viewed as distinct from other elements of the defendant's behaviour. A defendant, who creates a danger, may come under a consequential duty to take precautions to prevent the injury resulting. The Court of Appeal rejected that this exception applied to AML for three reasons: (i) it was the SLP who had created the danger; (ii) not only did the provision of vehicles, money and accommodation to the SLP not create the danger but without it, the situation may have been worse; and (iii) AML was not said to have created the danger or assumed liability otherwise by simply utilising the SLP, the Trojan horse principle could not apply.

On application of the three-stage test in Caparo v Dickman, the Court of Appeal found foreseeability was not in issue. However, the second and third stages were not made out. The appellants were not "a determined or clearly identifiable class or group[5]" therefore it was not fair, just, or reasonable to impose a duty.

At first instance, from the fifteen alleged breaches, Turner J was prepared to uphold four. In each case, Turner J found if AML had been in breach in the way alleged, there was no causative effect. At appeal, Coulson LJ held the cumulative effect of these four breaches, did not cause the loss, damage or injury sustained by the appellants. Since it was not explained how the four omissions (each with no causative potency) when combined could recreate the necessary causation as their cumulative effect did not affect their individual causative position. Secondly, there was no basis for the Court of Appeal to address the criticism of Turner J's findings of fact as to why these alleged breaches could not be causatively linked to the tortious acts committed by the SLP during the Events.

The appellants have announced that they will seek leave to appeal to the Supreme Court[7].

DWF Law LLP represented AML at first instance with the DWF team spending extended periods in Freetown, Sierra Leone as the trial was conducted in both Freetown, Sierra Leone and in the High Court in London. The appellant decision highlights that corporations which run transnational operations and seek support of or engage local state security do not become automatically responsible for the unlawful actions of those authorities, even if the unlawful actions are foreseeable. The Court of Appeal emphasised the traditional view that it is the governments of the host countries, who have the primary responsibility to protect and promote human rights. Further, if a company does commit to the Voluntary Principles, or adopts measures recommended by the Voluntary Principles, a duty of care to prevent the unlawful acts of the state security engaged is not automatically created.

However, companies should proceed with caution. The AML judgment turned on the facts specific to the case. A legal risk remains alive for companies running international operations that engage with the local state security of the host country. As such companies should seek advice to ensure that their engagement remains proportionate and lawful; further a company linked to human right violations will likely face severe legal, financial, reputational and investment damage. 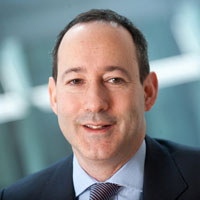