Why doing the right thing is good for business

Craig Chaplin takes a look at the challenge for businesses to be truly diverse and inclusive.

There is much talk about diversity these days. In fact the word “diversity,” and its sibling “inclusion,” have become buzz words in the corporate HR world where executives are finally waking up to the fact that perhaps our companies, and more particularly, the boards which run those companies, may possibly be dominated by too many “pale stale males.”  Full disclosure - I am a pale stale(ish) male.

What exactly is diversity and inclusion?

But, when we talk about diversity and inclusion in the workplace, what exactly do we mean? It’s a good question (even if I say so myself!). According to the Chartered Institute of Personal Development, the concept of diversity relates to;

“the recognition that, regardless of our identity, background or characteristics, we all deserve the opportunity to develop skills and talents to our full potential, to work in a safe, supportive and inclusive environment, be fairly rewarded and recognised for our work and have a meaningful voice.”

So far so obvious. The concept of inclusion however, takes it a step further, stressing that a truly diverse workforce means more than having a diverse group of people physically present in your building, (or virtually present on Zoom in these new and unusual times) but having a culture where everyone actually feels they are accepted and belong, without necessarily having to conform.

The difference between the two can be subtle, but it is important that we do the work of understanding it. A recent article by Laura Sherbin PHD, an economist specialising in how we can create a competitive advantage through D&I, gave an example of a multinational company, which she did not name, which, on paper, had no problems with diversity. It had a particularly strong gender and ethnic mix among its leadership team. However, one of its most valued employees was an indigenous Peruvian man who was respected, well paid and included in decision making. Yet, in a confidential, one on one interview, he saw no future for his ambitions. He said;

“I know they value me, but they will never make me a partner because of my colour and background.”

Sherbin pointed out that conventional data on D&I would never have flagged this man as being overlooked. It was left up to him to (anonymously) tell his own story. If we are serious about changing the accepted norms in our business, we must go further than looking at blunt facts and figures. We must be prepared to have actual conversations with people, and really listen to what they have to say. This can be risky and uncomfortable, not to mention time consuming.

As well as the moral case for striving for inclusion, there has been an increasing trend to make the business case for D&I, a drive to show bosses that this is not only “the right thing to do” or, “good optics” but that it will actually serve their commercial purpose, and ultimately, their bottom line.

However, this effort to make the business case is somewhat controversial and, in some quarters, has attracted some pushback. In an article for Sifted magazine, Hanna Naima McCluskey argued that the increasing number of reports attempting to prove the business case for D&I can become fodder for those from marginalised backgrounds to feel compelled to somehow persuade and convince their executives to engage in often superficial D&I initiatives.

She made the challenging point that we never hear of research being commissioned to look at the question of whether having fewer white people in an organisation could increase the profitability of a business. As she pointedly states, nobody would ever think of doing such research because, whether consciously or unconsciously, and whether we admit it or not, there is a wide and unquestioned belief that “white people are entitled to run organisations and funds.”

She has a point. And it’s a compelling argument. However, in the real working world where we are nowhere near where we should be in terms of representation of minorities in business, isn’t there also a pragmatic view that we ought to make all the arguments we can to promote D&I, whether business related or otherwise? Can we really afford to wait for every chief executive to have their social justice conscience awakened? We need, to some extent at least, to speak their language and prove that how we harness diversity really matters for success, as well as good ethics. So, on that premise, I offer, as a start, three suggestions why D&I makes good business sense.

Diversity drives innovation. It’s that simple. A diverse set of insights will naturally lead to the development of new ways of doing things, whether it’s new products, new processes or the tackling of challenges in a different way. The blending of different styles and cultures always brings fresh ideas and approaches – it cannot do otherwise. We instinctively know this to be true in areas like food and music, but it applies in business too. The Malaysian born chairman of the QI group, Vijay Eswaran has said that;

“The coming together of people with diverse backgrounds is a key driver of innovation.”

This is particularly true in big cities, he says, commenting on the fact that the economic progress that has been made in places like Singapore and Malaysia is in large part due to the intentional and aggressive promotion of, in particular, ethnic integration.

So, the more diverse we are, the more innovative we will be. Diversity creates a melting pot of ideas and creativity and this has been proven time and time again.

There is seemingly no end to the research on what makes teams work best and, yes, you’ve guessed it, diverse teams perform better. Interestingly however, the type of diversity which is good for teams looks a little different than the conventional definitions of D&I. The fact that these teams often make better decisions is related to something called “cognitive diversity,” which refers to the inclusion of people who have different ways of thinking, different skill sets, and crucially, different ways of tackling problems. Cognitive diversity may be related to our social and cultural background but often it’s not - this form of diversity is more subtle and can be harder to spot.

Colleagues tend to subconsciously gravitate towards people who think and express themselves in a similar way, often forming like-minded teams which, counterintuitively, do not necessarily produce better outcomes. Diverse teams actually feel LESS comfortable, but are often highly effective. They are more careful at analysing information and will process that information more effectively. To begin to address this challenge, we can start by doing two things: firstly, we can raise awareness of cognitive diversity when we recruit and when we build new teams. Secondly, and more practically, when facing a new and complex situation where everyone seems to agree on what to do, we can dare to seek out someone who disagrees, and be prepared to invite and listen to their input.

The powerfully titled "Diversity Wins" (2019) is the third report in a McKinsey series investigating the business case for diversity. This latest report shows that the relationship between D&I on executive teams and the likelihood of improved financial performance has strengthened over time. The analysis shows that companies in the top quartile for gender diversity were 25% more likely to have above average profitability than companies from the lowest quartile. Similarly, with regard to cultural and ethnic diversity, top quartile companies outperformed the lower quartile by 30% - that is HUGE. It is important to note however, that these financial performance gains were strongly linked to diverse representation at the top level. Top level diversity does not happen organically nor by accident. It requires intentional focus, starting at entry level positions, and will take time to bear fruit. I am pleased with the very intentional direction of travel in this regard at DWF but there is always more we can do as a collective and we need to keep each other honest.

So, there you have it

Regardless of how we may feel about making the business case for diversity and inclusion, the numbers totally and unquestionably stack up. But perhaps we ought to come back to the fact that, regardless, we instinctively know that it is the right thing to do.

Our differences make for a richer, more interesting place for us all to work. It should also mean that people don’t feel the pressure of trying to fit in, or to pretend to be something they are not.

Championing diversity and inclusion is a vital part of creating a successful organisation where everybody feels that they can bring their whole self to work and we all have a role to play in this regard. 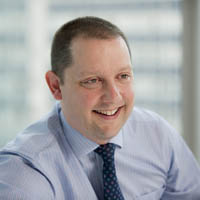 Diversity Week 2020
Take a look at our hub page to read the highlights of our annual event, which covered issues including anti-racism and neurodiversity.

Diversity & inclusion
At DWF we aim to create an inclusive environment where you can bring your whole self to work and enable our diversity to truly flourish. Find out more