The 2021 Budget Law (Law No. 178 of 30 December 2020) provides for new rules regarding exemption from withholding taxes on payments to foreign institutional investors.

The amendments to Withholding tax provisions

The 2021 Budget Law (Law No. 178 of 30 December 2020) provides for new rules regarding exemption from withholding taxes on payments to foreign institutional investors. Starting from 1 January, exemption from Italian taxes are set forth for dividends and capital gains relating to (qualified) equity investments made by collective investment funds established within the European Union (or in those States belonging to the European Economic Area which allow an adequate exchange of information). In order to benefit from the above exemption, the foreign funds should either comply with the UCITS Directive (directive 2009/65 / EC) or be managed by a manager subject to supervision according to the Aifmd directive (directive 2011/61 / EU).  The amendment is a response to the necessity to avoid the EU Commission's infringement procedure, in relation to the unequal treatment between Italian (exempt) and foreign (taxable) investment funds, which is not justified by any significant difference or by anti-avoidance purposes, in violation of Article 63 of the TFEU governing the freedom of movement of capital. Various European regulations, containing a difference in treatment between national and foreign funds similar to the Italian one, had already been subject to censorship by the EU Court of Justice (see the cases of Aberdeen, Santander, Fidelity funds and, lastly, Ka Deka).

The new rule may trigger some issues to be carefully evaluated. At first, it should be remembered that the fundamental freedom of movement of capital (Article 63 of the TFEU) also applies to third States (see, for all, the EUCJ Emerging Markets judgment). Therefore, by limiting the exemption only to funds established in the EU or in the EEA, the rule would allow discrimination to survive for investment funds established outside the EU. In addition, by providing for the effectiveness of the new discipline only from January 1, 2021, the discrimination would occur for the past with respect to the investment funds established within the European Union.


Effects on the current tax litigations and possible developments

In both cases set out above, the managers of the funds who have incurred or will incur in a withholding on dividends and capital gains will be able to request a refund of the taxes applied in violation of Article 63 TFEU. Therefore, it is reasonable that in both cases the initiatives of the taxpayers are intended to feed the dispute with the Revenue Agency, and the Tax Courts to which they have referred will have the burden of evaluating whether to involve the EUCJ according to the internal procedures.

Another important issue concerns the possible impact of the new rule on the evaluation under the anti-avoidance perspective of the "intermediate holding" structures, normally used by investment funds (EU and non-EU) for acquisition operations (which have been the subject of a dispute by the funds and the tax authorities). These disputes, generally based on the artificial structuring of intermediate companies qualified as "pass through" entities, assume that the only purpose (instrumental and elusive) is to ensure to the shareholders the tax advantage provided for by the EU directive, as well as from the conventions against double taxation, with consequent recovery to taxation of dividends, interest and capital gains.

Given the above, the new rule shows an awareness of the discriminatory nature of taxation at source, helping to strongly weak these disputes and, therefore, it should be welcomed with satisfaction. 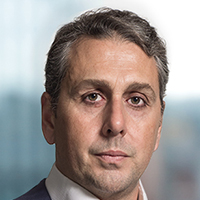 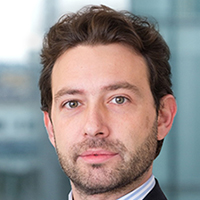