Occupier not liable for injuries sustained by falling tree branch

Gabriel Fay examines the judgment in Parker v The National Trust [2021] looking at the nature of the duty of care owed by an occupier to its visitors at risk of injury from falling branches or trees.

The High Court dismissed this claim against the National Trust (the Trust) finding that it had properly discharged its duty under the Occupiers' Liability Act 1957 in respect of inspecting trees on its land and ensuring visitors were reasonably safe. It had a properly implemented policy of tree safety management and the claimant visitor's injuries, caused by a falling tree branch, were the result of a tragic accident and not the Trust's negligence.The court was careful not to impose a standard of care that was inappropriately high. The duty must be assessed in the context of the extremely low risk that trees pose and recognising there is no such thing as an entirely safe tree. The court stressed that the standard of care is that of the ordinarily skilled tree inspector (the ‘Bolam’ test) and stressed the need for a risk-based approach to tree safety management through inspection.

In August 2016, when visiting Lyme Park, Cheshire, managed by the Trust, the claimant suffered life-changing injuries when she was struck by a substantial branch which had fallen from a Horse Chestnut tree.

It was agreed that the tree had a common disease, Horse Chestnut Bleeding Canker (which leads to decay) and that the failure of the branch was an indirect result of the disease.

The Trust argued that it had discharged its duty by operating a "comprehensive and multi-faceted tree safety system":

It was agreed by the parties' arboricultural experts that an inspection of the tree every three years, based on a medium zone inspection, was reasonable and that ‘a walk by inspection of every tree looking for obvious defects’ was also reasonable. There was therefore no challenge to the system of inspection or the training received by the defendant’s inspectors.

The claimant's argument was that when the tree was last inspected in December 2014, the policy was not followed either because the tree was not inspected at all or because it was not carried out by the head ranger, with the necessary degree of care. She submitted that the tree had seven obvious defects which should have been identified by the inspector and which should have led to further investigation.

However, the head ranger could not recall inspecting it. (The court had refused the claimant permission to amend her particulars of claim to include an express pleading that the inspection had not taken place.)

Expert arboricultural evidence was therefore required to determine what would have been seen in December 2014:

Despite the refusal to allow amendment of the particulars of claim, it was open to the court to consider whether the inspection had taken place. Although the head ranger could not remember inspecting the tree in 2014, he took his job seriously and treated it as a responsible job to be undertaken with appropriate professional commitment. To find that he had not carried out the inspection would 'fly in the face of that conclusion'.

Given the finding that the inspection had taken place, the issue in this case was whether the tree inspection was carried out with such care as was reasonable in the circumstances of this tree at this place. The standard of care expected of a tree inspector is that of the ordinarily skilled tree inspector (Bolam v Friern Hospital Management Committee [1957]). "If the tree inspection was conducted in accordance with a practice accepted as proper by a responsible body of arborist opinion, appropriate care was exercised and there was no negligence."

What obvious defects would have been seen from a walk-by inspection in December 2014?

It was agreed between the experts that any external signs of decay would not have been visible from ground level at any point prior to the branch failure. The issue was whether the signs of the disease, in combination with other ‘defects’ within the tree, were such that a competent tree inspector on inspecting the tree in December 2014, would have determined remedial action was necessary which in turn, would have led to the branch in question being removed.

On balance, the judge preferred the evidence of the Trust's expert. The claimant's expert evidence was based on an 'overly risk-averse approach which was not in line with modern arboricultural thinking'. The Trust's expert better expressed the standard of the ordinary skilled tree inspector and his evidence and approach was corroborated by a witness who was an experienced arborist.

There was very little difference between the experts' opinions on the state of the tree in December 2014. There would have been some signs of damage but all signs of disease would have been subtle. A reasonably competent tree inspector would not, on the balance of probabilities, have identified any obvious defect or required any further investigative work, such as aerial inspection. To conclude otherwise would require the court to impose a standard of care on the head ranger above and beyond that accepted as appropriate by arborists and out of step with modern tree safety thinking.

The Trust had therefore properly discharged its duty to take reasonable steps to ensure that the claimant was reasonably safe when visiting the park. It had a sensible and properly implemented policy of tree safety management, which included not only inspections but informal tree inspections and closure of the park in high winds. The claimant's injuries were the result of a tragic accident rather than the Trust's negligence.

The judgment is in many respects in accordance with most previous authorities on the issue of tree collapse. Ostensibly, there is a duty to inspect the tree stock on a cyclical basis with the frequency being determined by the level of risk posed by the tree in question. The importance of zoning in determination of the frequency of inspection was clearly considered to be key and in this case reasonable.

Further, it was accepted that walk by inspections in most cases are also reasonable with more detailed inspections being triggered by identification of an obvious defect which would put an inspector on notice of potential harm being caused by limb or tree failure.

The interesting point that comes out of the judgment is the acceptance of a perceived, and indeed factual, approach to risk posed by trees. HHJ Bird accepted that there had been somewhat of a sea change in the approach between 1997 and 2007 and subsequent publication of the NTSG document that "….provides guidance for inspecting and maintaining trees; guidance that is reasonable and proportionate to: the low risk from trees, the benefits of trees, and the health and safety obligations of those responsible trees.”

The relevance of this needs to be considered in the context of the background of Cavanagh v Witley Parish Council [2018] CA. Without rehearsing the facts, the case essentially turned on the frequency of inspection. The guidance relied on in that case was the following:

There was strong reliance by the court mainly on the Forestry Commission document which provided: "an inspection frequency of one year or more is generally advisable where such trees occur on high usage sites". The council in that case were found to have been negligent for implementing a 3 yearly inspection regime in light of the fact that it was concluded that the tree in question was in a high risk zone.

Obviously the two cases are decided on different matters, with Parker considering the competency of the inspector/inspection, and Cavanagh the frequency. It is not argued here that Cavanagh would inevitably have been decided differently had the NTSG document been conceded. However, the fact that the NTSG was referred to in Parker and the Court was prepared to accept that industry best practice has moved away from the risk-averse approach, will be helpful for landowners in future cases.

Further, within the judgment there is an implied acceptance that environmental considerations, when determining what works to be carried out, if any, form part a reasonable approach. HHJ Bird thought it helpful to comment that the Trust's policy notes that “old trees are often uniquely valuable as habitat for wildlife, and even if the physical condition of the tree is poor, remedial action should only be necessary where there is a clearly perceptible risk to life or property”.

It is also interesting to note the Court applying the Bolam test (Bolam v Friern Hospital Management Committee [1957] 1 WLR 582) in consideration of whether the inspection was carried out with reasonable care and skill. Such determination being reliant on whether "the tree inspection was conducted in accordance with a practice accepted as proper by a responsible body of arborist opinion, appropriate care was exercised and there was no negligence." Evidently it was considered that the inspection was.

The case is a first instance decision and therefore not binding on future courts, neither does it divert from the law as concisely set out in both Stagecoach South Western Trains Ltd v Hind [2014] and Cavanagh. However, subject to there being inspections carried out in accordance with the policy in place, claims involving injury and/or property damage as a result of tree collapse remain defendable, even in such circumstances where certain defects are present but are not considered significant as to warrant further inspection or works to be carried out.

For further information please contact Gabriel Fay, Senior Associate, Insurance. Gabriel also trained and worked as an arborist and has particular expertise in handling claims involving personal injury and property damage as a result of tree failure/collapse and subsidence. 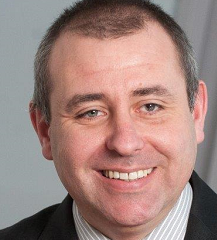