In the line of duty: Negligent valuation claims – which losses are recoverable?

Holly O'Brien and Sheona Wood and review the recent Privy Council decision in Charles B Lawrence & Associates v Inter-commercial Bank Ltd (Trinidad and Tobago) [2021] UKPC 30 in which the Privy Council allowed the valuer's appeal and, pursuant to MBS v Grant Thornton and Khan v Meadows, ruled that loss suffered by virtue of a landowner's defective title was outside the scope of the valuer's duty of care and thereby irrecoverable.

Intercommercial Bank Ltd ("the Bank") was the claimant lender and respondent in the appeal. It was approached for a loan by Singapore Automotive Trading Ltd ("Singapore"). Rafferty Development Ltd ("Rafferty") was to be the guarantor of the loan and there was to be a mortgage of land owned by Rafferty as security for the loan.

Rafferty instructed the defendant valuer and appellant in the appeal, Charles B Lawrence & Associates ("Lawrence"), to provide a valuation of the land for the purposes of the proposed mortgage. Lawrence produced a report valuing the land at $15m. The valuation assumed that a good marketable title could be shown, that planning permission would be granted for commercial development of the land, and that it was free from all encumbrances with vacant possession.

In February 2009, in reliance on that valuation report, the Bank loaned $3m to Singapore with Rafferty as guarantor and with a mortgage of the land as security for the loan.

Both Singapore and Rafferty defaulted on the loan without making any repayments and the Bank appointed a receiver to enforce the security. The highest bid received was for only $2m and on 23 March 2012, the Bank issued a claim against Lawrence seeking damages for a negligent valuation report.

Subsequently, the Bank found out that Rafferty did not in fact have good title to the Land and the mortgage was therefore of no value.

On 25 January 2013, the Bank brought an action against its own conveyancing attorneys, Lex Caribbean, for negligent failure to investigate title properly. In March 2014, that claim was settled for $2.4m.

The Judgments of the Courts Below

High Court of Trinidad and Tobago

The Court assessed damages at $2.36 m . This comprised the loan of £$3m plus contractual interest of 15.75% less the $2.4 m settlement with Lex Caribbean.

The Trinidad and Tobago Court of Appeal

The appeal was in relation to negligence, interest rate and contributory negligence on the part of the Bank .

The Court of Appeal reduced damages to $2m. Whilst it agreed with the first instance judge's approach as to the basic measure of loss, it considered that the relevant interest rate should be the statutory interest rate of 12% and found the Bank to have contributed to its losses by failing to send officers to inspect the site (when they would have discovered occupiers).

Contributory negligence was assessed at 20%. Lawrence appealed to the Privy Council.

The Privy Council referred to the decisions in Manchester Building Society v Grant Thornton UK LLP [2021] UKSC 20; [2021] 3 WLR 81 and Meadows v Khan [2021] UKSC 21; [2021] 3 WLR 147, where negligent advice was given by an auditor and a doctor respectively. The Supreme Court  had made clear in those cases, that in determining the scope of the duty of care, and the damages which might flow from any breach of duty, it is particularly important to consider the purpose of the advice or information being given.

The Privy Council noted that, the purpose of Lawrence's report was to value the property on the assumption that there was good legal title to the Land. It was not supposed to advise on, or give information about, the title to the Land. This would have been a matter for a lawyer not a valuer.

There were two distinct losses:

The Privy Council concluded that Lawrence was not responsible for the entirety of the Bank's loss. The only loss within Lawrence's scope of duty was that arising out of the valuation of the Land with a commercial use rather than a residential use The loss arising out of the defective title was attributable to the lawyer's breach of duty .

The Court took the loan amount of $3 m, deducted the "true" value of the Land with good title ( $2.375 m), deducted 20% contributory negligence and added 12% statutory interest giving a total damages figure of just over $833,000. The settlement with Lex Caribbean was not taken into account in assessing damages payable by Lawrence.

Interestingly the Privy Council specifically commented that, in their view, the counterfactual referred to by Lord Hoffmann in SAAMCO would not have been helpful in this instance. They commented that in this case, if correct advice had been given by Lawrence, the Bank would still have suffered loss as Rafferty would still not have had title to the Land and the security would have been worthless .The Supreme Court in Manchester Building Society v Grant Thornton UK LLP  and in Meadows v Khan explained that the counterfactual, should be regarded as a flexible and useful cross-check for deciding on the scope of the duty of care in most but not all cases.

Although this decision emanated from litigation in Trinidad and Tobago it is nonetheless a useful example of the application of the SAAMCO principle as expanded on in MBS v Grant Thornton and in Khan v Meadows. It highlights that , even if the counterfactual suggests that the Claimant would have suffered loss in any event, this will not always mean that a professional will escape an award of damages being made against it particularly where, as here, two professionals carrying out different roles in relation to the same transaction had made errors in relation to the lender's security.  Given the focus on the issue of what risk the duty was supposed to guard against and the purpose of the advice given, no doubt professionals will be re-focusing on their terms of retainer. It will be even more important to  1) establish and 2) define the purpose for which advice is being given so as to make clear what the scope of the professional's duty is. 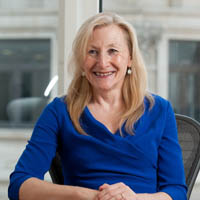