Celebrating the year of the Ox

Rowena Lewis explores the tradition of Chinese New Year for her family and her hopes for the year ahead.

As with most religious and cultural festivals over the last 12 months, celebrations for the Chinese New Year have been very different this year.  As such, I thought I would share, in this blog, how my family usually celebrates as I reminisce about our pre-Covid Chinese New Year celebrations in Liverpool.

I am British born Chinese. My parents came to Liverpool in the 1950s and met whilst working in a Chinese restaurant in the Wirral. My husband is white and we have two children, a son aged nine and a daughter aged eight.

My parents-in-law have close ties with China as they lived in Hong Kong for a number of years in the late 1960s and early 1970s.  My father-in-law is a dentist and he worked in the Gurkha regiment in Sha Tin. When they returned to Liverpool, my husband was born less than nine months of them returning to England.  The running joke between us is that my husband is therefore more Chinese than I am, officially "Made in China!"

Our two children have always enjoyed the celebrations for Chinese New Year. Traditionally, families usually start with a "spring clean" of their home a few days before the celebrations which is supposed to represent putting away all the old things and bidding farewell to the old year to welcome in the New Year. The festivities begin with family celebratory dinners, known as a "reunion dinner" on the first day of the lunar year which this year was Friday 12th February 2021.

We usually celebrate by going into China Town in Liverpool with our family and friends. Liverpool has the oldest China Town in Europe and is renowned for its annual Chinese New Year celebrations. For us, it is a whole day event starting with meeting family and friends outside our favourite restaurant at midday.  There is no booking system on Chinese New Year for the restaurant due to the number of people in China Town and it is a matter of getting there early and standing in the queue. There is plenty, however, to keep you occupied whilst queuing. You will often be met by the sight, sound and smell of firecrackers being set off.  The firecrackers are hung from nearby restaurant doors and are bright red; a symbol of warning away evil spirits for the New Year.

We are normally a large party of around 25-30 people consisting of our immediate family, extended family both here in Liverpool and Manchester, together with friends.  As we greet each other, the children are given little lucky envelopes called "laisee" containing money. Traditionally, these are only given to the children. The laisee are in the Chinese lucky colour of red and represent good luck and fortune. When my children were younger, I used to dress them in red too but as they have become older, this gets harder and harder unless it is the Liverpool football kit!

Once inside the restaurant, we will usually take up three large round tables together to enjoy a banquet of delicious food and drink. We will have a number of courses which can last over three to four hours as we make our way through plates of dim sum, dishes of duck, prawn, scallops and other sea food, chicken, beef and noodles.  One of the highlights of the meal which the children wait for in anticipation is the traditional dragon dance.  When you hear the beat of the drums getting louder and louder into the restaurant you know the dragon is on its way.

Traditionally, the Chinese have worshiped dragons believing them to be a symbol of power, strength and good fortune. The dragon dances to ward away evil spirits and brings the community good luck as it dances through the streets and into the restaurants. It is manoeuvred by a team of performers from the local martial arts clubs. They will use long poles to move the dragon's body and it can sometimes be seen chasing a ball/giant pearl which represents the dragon's pursuit of wisdom.

The dragon is accompanied by a "lucky man." The lucky man must look rather strange to those not accustomed to seeing him. The Liverpool "scouse" Chinese lucky man has an oversized round masked head, blue hair, pink face and very large round belly (usually stuffed fake belly!) and struts around fanning himself with a Chinese fan.  He leads the dragon(s) dancing and weaving between the packed tables in the restaurant. He will be shaking hands with diners and interacting with them.  The dragon meanwhile will be jumping high, crouching low and spitting out raw lettuce leaves at the guests.  I have always been told that if you are hit by torn lettuce leaf from the mouth of a dragon you will have good fortune for that year!

As our banquet goes on late into the afternoon, our children, nephews, nieces will leave the restaurant with a few adults in our party to soak in the street festival.  Outside the streets are lined with stores and tables selling Chinese food, Chinese New Year memorabilia and souvenirs, trinkets and much more.  When the children return to the restaurant, they will invariably be carrying their own small Chinese dragon that whoever has gone with the children have been coaxed into buying for all of them!

Later on in the day, when we eventually finish our everlasting meal and are feeling contentedly full, we will go and watch the firework display by the Chinese Arch. The Liverpool Chinese Arch is over 40 foot tall and intrinsically decorated in many vibrant colours standing on four large red pillars. It is the largest Chinese arch outside of China. After watching the spectacular pyrotechnic display (often in the rain!), we will then all make our way home having enjoyed spending the day together with all family and friends to see in the New Year.

This year has, however, been very different. There has been no gathering with family in restaurants or in each other's homes and no dragon dance or attending the festival in China Town, which was obviously cancelled.  We have all wished each other Happy Chinese New Year on Zoom remotely or via various WhatsApp Groups. Both sets of grandparents have however managed to hand deliver the "laisee" for the children (much to their delight!) and to wish us Happy Chinese New Year at the front door on their daily walk. Some of the family have also cooked and enjoyed a home cooked Chinese Banquet, but this year, I have been too caught up with juggling work and home schooling and, much to my father-in-law's horror, I cooked Spanish Chicken on Chinese New Year instead!  Must do better next year!!

Finally, I couldn't finish this blog without mentioning the Chinese Animal for 2021. It is the year of the Ox.  For those who aren't aware of the Chinese Zodiac, it all originates from the Chinese legend of 12 animals entering a race so that the Chinese Emperor could find his best guards. The rat jumped onto the ear of the ox as they encountered a river and, as the ox neared towards the finishing line to almost win the race, the rat cunningly then jumped off the ear of the ox and won the race!  The ox then became second, though had been destined to be the winner.
The ox symbolises strength and patience. If you are born in the Year of the Ox you will have these attributes as well as being hard working and honest. The Year of the Ox is predicted to bring calm, stability and prosperity – much needed in 2021!

As my father messaged, "It's definitely going to be a good year with the Year of the Ox and the Ox(ford) vaccine in progress!  The future is looking brighter and things are going to get better.  Kung Hey Fat Choi everyone!" 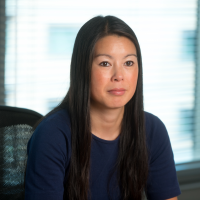