Court of Appeal Guidance for Experts: Who can you advise?

The Court of Appeal recently considered the novel, and significant, issue of whether experts owe a fiduciary duty of loyalty to their clients.

In the recent case of Secretariat & Ors v A Company [2021] EWCA Civ 6 the Court of Appeal considered the novel, and significant, issue of whether experts owe a fiduciary duty of loyalty to their clients.  The Court of Appeal's decision upheld an injunction that prevented an international firm providing litigation support services from acting for more than one party to an international construction dispute.  Diverging from the first instance TCC judgment, the Court of Appeal held that it was not necessary, or appropriate, to place a freestanding fiduciary duty of loyalty on the firm.  There was an evident contractual duty that prevented the firm from involving itself in, or creating, a conflict of interest under the terms of its retainer.

A developer for a large petrochemical plant engaged a project manager to oversee the engineering, procurement, and construction management of a billion-dollar plant development.  Amongst the project manager's responsibilities was the provision of Issued for Construction Drawings ('IFC Drawings').  The developer let two sub-contracts worth $117 million to a sub-contractor; disputes subsequently arose between the sub-contractor and developer.  The sub-contractor commenced arbitration proceedings against the developer and claimed additional costs due to delay and disruption related to the late issuance of the IFC Drawings.  In March 2019, the developer approached SCL, a Singapore based company within the Secretariat group, for its expert services and litigation support in connection with the arbitration.

In August 2019, the project manager commenced arbitration proceedings against the developer claiming unpaid fees.  The developer counterclaimed (amongst other things) for the cost consequences of the late issuance of IFC Drawings, and the project manager's failure to manage the sub-contractor.  In late 2019, the project manager approached SIUL (another company in the Secretariat group) for its expert services and arbitration support.  The developer's engagement of SCL was revealed in SIUL's conflict check.  SCL wrote to the developer to confirm its view that the conflict would not constitute a 'strict' legal conflict.  A stance justified by the rationale that the firm worked across two matters, in different offices, and the engagements could be set-up with physical and electronic separation between the respective teams.  The developer never rescinded their view that this constituted a conflict.  Despite this, in what was considered a risky decision by the Court, both SCL and SIUL continued to work on behalf of the developer and the project manager respectively.

On the application of the developer, the TCC ordered an injunction against SIUL that prevented it from providing expert services and support to the project manager.  The Court found that the Secretariat group was in breach of a fiduciary duty of loyalty.  Measures to preserve confidentiality and privilege were not enough to satisfy this duty; the firm must not place itself in a position that may produce a conflict of interest. This was the first time an English Court had found that an expert owed a fiduciary duty to its client.

The Court of Appeal decision

The Court of Appeal rejected the appeal from Secretariat.  Four, defined, issues were before the appellate Court to consider:

Despite there being settled categories of relationships that give rise to fiduciary duties (such as trustee and beneficiary, or solicitor and client), the lack of any previous legal authority was not a reason to automatically reject the existence of a fiduciary duty being owed by experts.  The Court of Appeal found that it was not necessary, or appropriate, to uphold the TCC's finding that the relationship was akin to one giving rise to a fiduciary duty.  Rather, there was an express clause in SCL's contract dealing with conflicts of interest.  The contractual obligation covered the term of the firm's retainer and extended to other Secretariat entities.  The wide scope of the conflict check, and how the firm referred to, and marketed, itself were key factors to support this conclusion.  The Court of Appeal concurred with the TCC, in that a conflict of interest was created when SIUL accepted the project manager's instruction.

The judgment of the Court of Appeal was fact sensitive, and should not be taken to indicate that an expert organisation cannot ever act both for and against the same client.  The Court acknowledged it was common for multinational corporates to engage an expert in one dispute, only to find them on the other side in a separate dispute.  The point being that the existence of conflict of interest is a matter of degree.  The overlaps between the parties, role, project, and subject matter were all-pervasive in this instance (but may not be in other instances).

It is a cautious reminder to firms that undergo mergers and undertake processes of expansion, that conflicts can inadvertently arise.  As evidenced, for example, when a conflict of interest threatened a merger between Grant Thornton and Robson Rhodes in Akai Holdings Limited v RSM Robson Rhodes LLP [2007] EWHC 1641 (Ch).

It is likely a welcome decision that the somewhat nebulous concept of a fiduciary duty was not imposed on experts.  If the TCC decision was upheld this was likely to create uncertainty and the potential for future disputes.  Query also whether such a fiduciary duty to the client, if found, may have conflicted with the expert's duties to the Court, or arbitral tribunal.

The judgment underlines the Court of Appeal's rationale for assessing conflicts in a group that portrays itself as a collective.  A firm runs the risk that a conflict of interest will be assessed across the entire group if it shares operating systems, is commonly managed, and referred to as one group, has a shared financial interest, and undertakes a common approach to conflicts.  That said, the Court of Appeal made it clear that its decision depended on how the firm had decided to market itself to present and potential clients, across different offices and jurisdictions.

If considered commercially sensible, a firm can clarify its representations as to conflict of interest and limit its undertakings for the future to the sole entity instructed, and that despite its approach to conflict checks, no such representations or undertakings are made by other group companies.  "Whether, if it does so, it will secure the instruction, is another matter" (as observed by Males LJ) and in this instance, the decision reflects the terms of the original retainer. 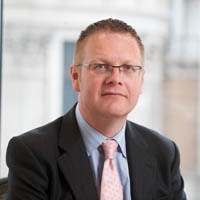