2020 has been a successful year for DWF Costs with the team achieving some great results for our clients. Below is a summary of some of our most significant costs cases and results from last year. On these cases alone, we have saved our clients over £2.5 million.

DWF Costs represented our insurer client in a costs claim where the bill of costs amounted to £1.4m. This was a catastrophic personal injury claim where damages were agreed in excess of £10m. Through the life of the claim, the claimant had retained 3 different firms of solicitors including two well-known claimant firms. In an attempt to settle costs at an early stage, and prior to a potential lengthy assessment, we advised our insurer client to attend a mediation. At the costs mediation, each claimant was represented by senior costs counsel. Raising strong arguments against the existence of a good reason to depart from the budget, we were able to secure a settlement of £990,000 representing a saving of over £400,000.

We acted on a claim in which liability was heard as a preliminary issue. The matter then proceeded towards a trial on quantum, and shortly beforehand, the matter settled in the sum of £100,000 with a letter of apology from the defendant.

The claim had been subject to a Costs Management Order where the claimant's costs were approved in the sum of £605,622. On settlement, the claimant did not present their costs in a schedule or bill, instead they chose to negotiate against their previously approved budget in the region of £750,000. We obtained reductions across the board: to the incurred costs, and to the budget phases on experts, PTR, trial and mediation (disallowed as the matter did not proceed to mediation.

DWF Costs are acting in a complex and significant dispute, proceeding in the Upper Tribunal (Lands Chambers) with the potential to affect the whole telecommunications industry. Costs are currently in excess of £750,000. Our clients sought our expertise due to the size and complexity of this claim. DWF Costs have drafted the bill, provided advice on the points of dispute and offers, and prepared replies amounting to nearly 100 pages. We have provided detailed advice for the indemnity based costs order and the effect this would have on the possible outcome.

DWF acted on a complex and multi-party action with significant implications that went to the Supreme Court. A number of claims were brought under a Group Litigation Order for accidental injury and/or damage caused by the rupture of potentially substandard breast implants. Our client was the insurer for some of the claims. The claims against our client resolved with our client paying a proportion of damages and costs. However, in a number of the remaining claims where our client was not the relevant insurer, judgment for damages and costs was obtained against the clinic who by this stage had gone into liquidation.

DWF Costs handled the recovery of costs arising from the successful appeal to the Supreme Court. We recovered costs of £775,000 from the claimants. This was a complex claim involving discrete and specialist costs expertise on Group Litigation Orders and section 51 non-party costs orders.

A multi-track RTA personal injury claim settled for £3,000 after DWF, acting for the defendant, took a firm stance on liability. Following the damages settlement, the claimant sought costs of £64,450, based on a previously approved budget figure. We refused to consider the costs on the basis that not all phases had been reached, the incurred costs would be open to the usual arguments regarding time/hourly rates and we required a breakdown of the work undertaken. The claimant commenced detailed assessment proceedings but prior to the preparation of points of dispute, we negotiated settlement at £25,000, representing a saving of £40,631 (62%) with profit costs reduced by 65%.

A personal injury claim was settled at £720,000 which was a quarter of the pleaded value. Previous solicitors were involved and there were serious issues with the claimant's credibility. Surveillance evidence was also critical. When the costs were presented, it was apparent that the time claimed was excessive. This claim was settled at mediation with reductions made to the time, hourly rates claimed and use of counsel. We reduced costs from £1,106,069 to £725,000, a saving of 34%.

DWF Costs were involved in a high profile privacy claim, initially in the budgeting process, giving extensive advice in relation to the budgeting of the claimant's costs and also the costs of the co-defendant.

We then intervened in relation to strategy given the fact that we had made an early offer and the cost consequences of that offer. It was that intervention that resulted in an extremely favourable outcome at trial.

We dealt with the claim for costs, with the lion's share being picked up by the co-defendant. The costs claimed were over £3.3 million but settled at mediation for £2.2 million. Not only did the co-defendant have to pay the larger contribution of £2 million but they also had to pay a significant proportion of our client's costs as a result of a favourable costs order achieved during the course of the matter.

The Claimant sought costs following settlement of a complex catastrophic injury claim at £1.8m (plus a PPO of £45,000 per annum).

There was no Costs Management Order, and the claimant sought to recover costs and disbursements of just over £750,000. The main issues we raised were the excessive hourly rates claimed, excessive travel time and expenses, and non-recoverable time. We also raised issues in respect of the disbursements claimed for Court of Protection fees. A JSM was arranged to narrow the costs issues costs and we achieved settlement shortly afterwards of £570,000 representing a saving of £192,159 (25%) with profit costs reduced by 30.8%.

This claim arose from an accident at work. The Claimant's solicitors did not commence the claim via the MOJ portal but instead served a letter of claim. Liability was admitted.  Part 7 proceedings were issued and damages were agreed in the sum of £15,000 without being allocated to a track. We argued that fixed recoverable costs should apply as this was a case that would always have fell below the upper portal limit of £25,000.

A formal bill of costs was served in the sum of £90,734 and the claim was listed for a detailed assessment hearing. Following robust negotiations, claimant's costs were successfully restricted to £20,000.

This claim arose following an RTA which occurred in the UK but the Defendant's vehicle was registered outside of the UK. The Claimant correctly started the claim by way of letter of claim – thereafter, the claim settled without the need for proceedings in the sum of £7,500.00 (under £10,000.00). The Claimant claimed hourly rate costs in the sum of £36,185.40. As per the pre action protocol the claim was not subject to fixed costs, however, DWF Costs argued that predictive costs apply (that none of the exclusions from the predictive fees, listed in CPR45 II applied). Predictive costs was offered of £5,052.00, which was accepted by the Claimant. A saving of 86% 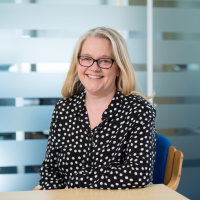 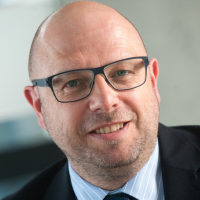 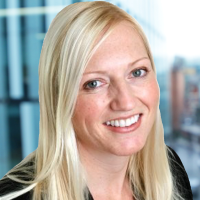