In this legal update Jamie Choo Fon and Paul McGinn review the Court of Appeal's recent decision concerning a fatal accident claim brought under the Occupiers' Liability Act 1957, and the defence of volenti non fit injuria.

There is nothing in law to prevent an adult of full capacity who chooses to run an obvious risk from founding a claim against an occupier on the basis that the occupier has either permitted him to do so, or not prevented him from doing so.

The claimant was a guest at the defendant's hotel and had returned to his room on the second floor after attending a wedding. The claimant had been drinking alcohol but was not drunk. In the room was a sash window which was only 46 centimetres from the ground and which opened all the way, owing to the fact that no restrictors had been fitted. The window was also defective in that it would not stay open when lifted.

The claimant, whilst perching on the window sill with the window open (possibly in order to smoke), lost his balance and fell out of the window to his death.

The defendant had previously pleaded guilty to a criminal charge, admitting that no risk assessment had been prepared and, had this been done, restrictors would have been fitted to the sash window and the accident would have been avoided.

The claimant successfully established primary liability at first instance. It was found that the defendant had failed to risk assess the danger posed by the low window and, had an assessment been carried out, steps such as fitting restrictors would have prevented the claimant's accident from happening. The claimant's actions were in keeping with the normal activity of a visitor staying in a hotel room, and were the "facts of life" for any hotelier. However, they amounted to more than a momentary lapse of concentration and the court accordingly made a finding of 60% contributory negligence against the claimant.

The facts as stated above were not in dispute and the claimant did not challenge the finding or level of contributory negligence.

The defendant's appeal was based primarily on the ground that a visitor of full age and capacity who chooses to run an obvious risk cannot found an action against an occupier on the basis that the latter has either permitted him so to do, or not prevented him from so doing.

The defendant submitted that it therefore followed that the judge had erred in failing to find that s.2(5) of the Occupiers' Liability Act 1957 (the Act) operated in the circumstances. S.2(5) provides that no duty arises under the Act in respect of 'risks willingly accepted' by the visitor.  The defendant referred to, amongst others, the case of Tomlinson v Congleton Borough Council in this regard.

The court rejected the appeal. In doing so, it confirmed that the knowledge of the claimant, and the acceptance of any risk, is simply another factor to be taken into account for the purposes of s.2(2). In cases like Tomlinson, this knowledge might outweigh the other factors such that the defendant is not liable, however, in the instant matter the low cost of the restrictor, the low social utility and the foreseeable nature of the risk arising out of the normal use of the room, all outweighed the assumption of the risk by the claimant.

In clarifying the burden for a finding of volenti, the court confirmed that the test 'is a high one'. It is not enough that the claimant knew of the risk, but instead it was necessary to show that the claimant either expressly, or impliedly, accepted the risk and had absolved the defendant of fault through his actions. The court took into account the fact that it was in the early hours of the morning and that the claimant had been to a wedding and had been drinking that day. Moreover, given that the defendant itself was unaware of the risk through lack of a risk assessment, the court was unwilling to imply more knowledge on the part of the claimant than the defendant. There was no finding that in sitting as he did, the deceased was waiving his legal right to sue. In the court's view these findings provided a basis for the determination of contributory negligence. They did not go sufficiently far to meet the requirements of section 2(5). As such the high threshold for a finding of volenti was not met, but instead the finding of contributory negligence was correct.

As a secondary point, the defendant also appealed against the first instance decision that the criminal conviction automatically means that civil liability will attach. The Court of Appeal accepted this aspect of the appeal, confirming that such a conviction can be taken into account for the purposes of determining liability, however, the weight that it carries will turn on the facts of the case. 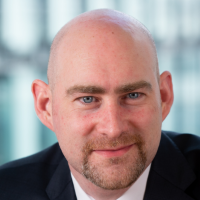