A step too far by the SFO: Supreme Court finds the SFO's Section 2 powers do not have extra-territorial reach

On the 5 February 2021, the Supreme Court handed down its judgment in the case of R (on the application of KBR Inc) v The Director of the Serious Fraud Office  [2021] UKSC 2, unanimously ruling that that SFO does not have the power to compel a foreign company to produce documents it holds overseas. The outcome of this high-profile judgment has implications for the SFO's investigations in obtaining evidence held abroad.

Under section 2(3) of the Criminal Justice Act 1987 ("the 1987 Act") the Director of the SFO has the power to issue a notice requiring persons to produce documents and other information for the purposes of an SFO investigation into serious or complex fraud (a "Section 2 notice"). Failure to comply is a criminal offence.

In 2017, KBR UK was under investigation by the SFO concerning allegations of bribery and corruption. On 4 April 2017, the SFO issued a Section 2 notice to KBR UK to produce documents.  KBR UK provided various documents to the SFO in response, noting that some of the requested material, to the extent that it existed, was held by KBR, Inc in the USA.

On 25 July 2017, officers of KBR, Inc attended a meeting with the SFO in London.  During that meeting, the SFO handed the Executive Vice President of KBR, Inc a Section 2 notice containing multiple requirements for the production of material held by KBR, Inc outside of the UK.

KBR, Inc challenged the validity of the Section 2 notice issued to KBR, Inc. In 2018, the High Court held that section 2(3) of the 1987 Act allowed the SFO to compel foreign companies to produce documents held outside the UK provided that the company had a "sufficient connection" to the UK. KBR, Inc appealed to the Supreme Court.

The Supreme Court noted that this presumption clearly applies to KBR, Inc because it is not a UK company and has never had a registered office, nor carried on business, in the UK.

Did Parliament intend section 2(3) to have extra-territorial effect?
Noting the starting point, the Supreme Court asked whether Parliament intended for this specific legislation to provide the SFO with the power to compel a foreign company to produce documents it holds outside the UK.

The court did, however, confirm that a UK based company would still be required to produce documents that it held overseas following a Section 2 notice. The judgment does not restrict the effect of Section 2 notices when served upon companies that have a registered office or fixed place of business in the UK, or companies that carry on business in the UK.

The Supreme Court's judgment overturns the 2018 High Court ruling that Section 2 notices could have extra-territorial effect for foreign companies. The ruling will no doubt be a blow to the SFO's efforts to find a direct and quick way to obtain information held overseas to aid its investigations.

However, the SFO is still able to make use of Mutual Legal Assistance to obtain information through its partner agencies in foreign countries. It can also make use of legislative provisions recently introduced under the Crime (Overseas Production Orders) Act 2019 to assist in obtaining electronic information stored overseas, but what it cannot do is compel a foreign company (with no registered office, fixed place of business or business activities in the UK) to produce material to it.

Many practitioners and corporates welcome the Supreme Court judgment for providing clarity on this matter. Many felt that the SFO was overreaching its powers by stating that it could compel the production of information held abroad by foreign companies without a UK presence. No doubt many practitioners questioned why, if the SFO thought that they had these powers (and had had them since the introduction of the 1987 Act), they had not ever used them in the previous 30 years. Or why the SFO had not even mentioned that it thought it had this power available to them until 2017.

The SFO may complain that in the modern day ever-connected world, the powers afforded to them to obtain material held overseas are no longer fit for purpose.  However, it is clear that the Supreme Court has upheld the constitutional principles of the separation of powers and the rule of law in affirming that it is the role of Parliament to legislate and not the role of the courts. If the SFO wishes for section 2(3) to have extra-territorial effect, then it will have to pursue the introduction of new legislation by the legislature.

This ruling will be important to corporates in their consideration of the location, structuring and operation of their businesses and to those corporates currently facing an SFO investigation in determining the extent and limitations of the SFO powers.  The ruling will have far-reaching ramifications and notably is likely to have a similar impact on other enforcement agencies when seeking to compel production of material from foreign companies with no UK presence.

For further information on an issue raised in this article, please contact the authors Imogen Makin and Kelly Wilson. 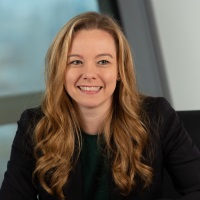