On 5 January 2021, the Gulf Cooperation member states and Egypt signed the "Al-Ula Declaration" at the 41st GCC Summit (the "Declaration"). This ended a three year dispute, which began on 5 June 2017, and confirms that political and economic ties between signatory nations will be restored.

Given that the Declaration remains relatively recent, significant developments are still in process. However, Emirati and Qatari delegates met on 22 February in Kuwait to begin the process of thawing tensions between the countries. The countries discussed joint mechanisms to implement the Declaration.

Further to our first alert, we will look at the headline developments from the last month across the following sectors:

Although the Declaration has been in place for over a month now, it still remains to be seen how the lifting commercial restrictions will affect the GCC's financial and business relations.

It appears that business leaders are eager to re-establish relations prevented by the blockade. The Declaration is expected to increase the financial flows between GCC countries and help establish new businesses, including bidding and participating in infrastructure and governmental projects that dominate GCC markets.

Fitch Ratings noted that the blockade led to the withdrawal of about US$30 billion of non-resident deposits from Qatari banks in 2017, particularly deposits made by Saudi Arabian and UAE nationals. It is anticipated that at least some of those depositors will move funds back to Qatari banks, providing the banks with an additional pool of liquidity to diversify their funding base, reducing their reliance on government deposits and cutting funding costs.

In 2017, the UAE issued multiple declarations related to dealing with a number of individuals and about a dozen entities that were Qatari, Qatar-based and/or linked to Qatar. Those declarations effectively criminalized monetary assistance to those individuals and entities. As the declarations were issued by the UAE Federal Government, those individuals and entities could not operate in UAE free-zones, including, the Dubai International Financial Centre ("DIFC") and the Abu Dhabi Global Market ("ADGM"). The DIFC and ADGM regulators issued directions accordingly and thus far, no announcements have been made by the relevant authorities on updating their rules. It may be a while before the necessary amendments to rules and regulations are processed so that financial flows and business relations with Qatar are fully restored.

Transport and movement of people and goods

The resumption of direct flights between Qatar and its Gulf neighbours (and Egypt) will dramatically cut down travel time and help facilitate regular business activity between the countries.
The land border between Qatar and Saudi Arabia, the Salwa border crossing, also opened on 9 January 2021.

The Declaration confirmed the GCC member states' commitment to developing technical capabilities within government entities. This includes the use of AI to streamline execution of government services. The commitment to implementation of technology is also anticipated in fields such as education (with school curriculums), healthcare systems and e-commerce industries.

Another aim of the Declaration is to enhance relations between the GCC and the Digital Cooperation Organisation (established in November 2020) to facilitate the advancement of technological activities and initiatives among member states. The aim is to improve collaboration within the GCC across all technological areas with the aim of producing digitised economies.

Given that the Declaration is in its infancy, we have yet to see any impact on construction.

The Gas Exporting Countries Forum ("GECF") welcomed the Declaration. It hailed the goals of building intergovernmental bridges towards a sustainable future. The GECF is a coalition of 19 leading producers and exporters of natural gas. It represents 70% of the world's proven gas reserves, 44% of the source marketed production, 52% of the pipeline and 51% of the world's LNG exports. The Declaration is expected to restore ties within GECF nations which will spur economies and reflect on the global energy map. The GECF stated that it hoped developments would allow it to communicate with the GCC member states more easily and bring stability to the energy sector globally.

DWF will continue to provide a monthly update on the normalisation of relations between Qatar and the GCC, focusing on the above sectors.

If you have any questions please get in touch with one of our contacts below. 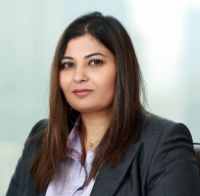 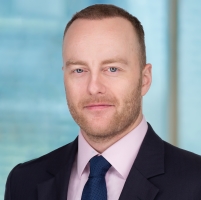 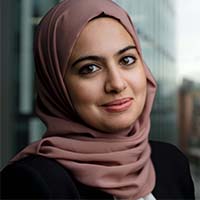