In this article we consider the recent decision of Rittson-Thomas and Ors v Oxfordshire County Council [2021] UKSC 13 where the Supreme Court unanimously allowed an appeal, in favour of Oxfordshire County Council. Lady Arden and Lord Burrows gave the leading judgement on whether the title to gifted land reverted to the donor’s estate when the school ceased to operate from the site.

Full judgment can be viewed here >

To encourage property to be gifted for educational, purposes, Parliament introduced the concept of a reverter within the School Sites Act 1841 (“the 1841 Act”): Where gifted land ceased to be used for purpose for which it was gifted it would revert to the original owner (or their heirs), known as a “section 2 reverter”.

The 1841 Act did allow for school's to be legitimately able to move to a new site, under section 14, the trustees would have the power to sell or exchange the land which had been given for the school so as to enable the school to move to a more appropriate site.

The 1841 Act (introduced before the establishment of the Office of the Parliament Counsel in 1869) provides for a potentially obscure timing gap between section 2 and section 14.

In the early 20th Century Mr Fleming conveyed land in Nettlebed to Oxfordshire County Council as a site for a primary school (the “Fleming site”).

In the 1990s demand for the school was increasing and the Council decided it should relocate the school to a new building with improved facilities. The Council’s plan was to first move the students to the new site and then sell the Fleming site and to use the proceeds to help pay for the costs of the new school premises/ development. The move was achieved in 2006 and the Fleming site was sold to a property developer for circa £1,240,000 in 2007.

Four of Mr Fleming’s heirs brought a challenge against the Council, arguing that once the students were moved to the new site, the Fleming site reverted to them under section 2 of the 1841 Act. The Council relied upon section 14, their purpose of selling the Fleming site was to raise funds for the new school.

The Supreme Court ('SC') through a broad and practical interpretation, held that the section 2 reverter was not atomically triggered when the students moved to the new school site. They considered the 1841 Act as a "coherent whole" and read section 2 in conjunction with section 14, holding that neither should be considered in isolation.

The SC were unanimous in their decision that the Fleming site had not ceased to be used for the purposes of Nettlebed School, even after the school had moved - it had always been the intention of the Council to use the proceeds of the sale to pay off the cost of the new school, this intention was evidenced in part though the “Nettlebed Replacement School” agenda item at the Council's Executive Committee which was expressly given heed within the SC judgement.

As the SC themselves acknowledged, the number of schools sites affected by this appeal probably exceeds 2,000 - representing the number of school sites, where the property had been acquired under a statutory charitable trust, and the school is still located upon that original site.  (Figures obtained from the Law Commission's estimates).

Without this sensible decision Councils might have needed to keep schools open on a meagre budget while they exercised their power of sale under 1841 Act. This judgement supports the practical reality that where students' education is to be relocated and such relocation will almost always take place before the original site can be sold.

This judgement benefits any Councils who intend to sell land that is subject to the 1841 Act, for the purpose of relocating a school. It prevents the need for artificial steps to be taken in order to prevent the title of the land / the proceeds of the sale, reverting to the original owner (or their heirs) during a relocation of a school which could have problematic financial implications and place the provision of education at risk.

Finally, we note that Oxfordshire County Council’s "firm and settled intention to apply the proceeds of sale of the former school site towards the construction of buildings for the school on an alternative site” was very influential in the decision making of the SC.

If you are a public body considering how the issues in this article may affect you, please contact a member of our UK public sector team to discuss how we might assist you. 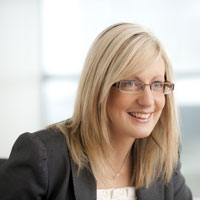 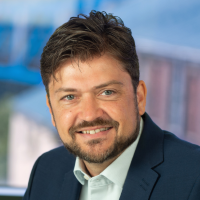