Substantial savings in Chronic Pain case pleaded at over 3million

John Lezemore and Carly Howett of DWF achieve significant savings for Aviva in a Chronic Pain case pleaded at over £3million where causation was an issue.

The claimant was involved in a low speed collision on 4 November 2015 in which her vehicle was hit from behind by the defendant. Liability was admitted but causation was disputed.

David Rampling at Aviva instructed DWF to represent the defendant.

The first medical report, prepared six months post-accident, documented minor injuries to the claimant's pelvis, lower back, neck and shoulder pain, depression and fear of travel. It was noted in that report that her pelvic and back pain had resolved within 3 months of the accident and that her neck, shoulder pain and depression had improved. This did not fit with the later analysis of claimant's experts that she suffered a sudden, significant exacerbation of her pre-accident condition that had triggered a catastrophic decline in her functioning. It did, however, fit with the defendant's evidence that she suffered a minor orthopaedic injury that caused a mild exacerbation of her previous condition and that her disabled state was simply the natural course of her pre-existing Fibromyalgia/Somatic Symptom Disorder.

Further, the defendant's expert neurologist and rheumatologist expressed concerns that the claimant was exaggerating her symptoms.

During the case, the defendant obtained a complete set of the claimant's medical records which detailed a pre-accident diagnosis of fibromyalgia, widespread pain and recurrent clinical depression. Notably, she was experiencing pelvic pain shortly before the accident which necessitated the use of crutches and an inability to drive. Her employment records revealed that she had been persistently absent from work as a teacher in the lead up to the accident.

The claimant faced a battle to establish causation and persuade the court that the accident caused her ongoing symptoms.

The defendant declined to make any increased offers on the basis that the claimant's ongoing symptoms were unrelated to the accident, as supported by the defendant's medical evidence.

The defendant agreed to attend a round table meeting at the claimant's request in May 2021, in part as two of the defendant's key experts had retired and would need to be replaced.

In advance of that meeting, the claimant served an updated schedule just in excess of £3million.

Maintaining their position on causation and reinforcing that the claimant was symptomatic at the time of accident, the defendants were able to secure a settlement at £260,000, representing a substantial saving on the pleaded sum and calling into question the claimant's confidence that she would succeed in persuading a trial judge that her present symptoms were a result of the accident.

This is a great result for defendants and shows that successfully calling causation into question can make claimants carefully consider whether they wish to proceed to trial.

It is crucial for defendants to obtain all available medical, employment, treatment and any DWP records in cases such as this and to examine them in detail to build a picture of a claimant's pre-accident position. If there is a relevant, pre-existing condition then the experts need to be in a position to consider its impact on any continuing symptoms. In this case, careful scrutiny of the records revealed that the claimant had reported ongoing pelvic and back pain to her treating physiotherapist just six days before the accident. As such, she was clearly symptomatic at the time of the accident, contrary to her own reports.

Whilst in this case the defendant did not deploy surveillance and social media evidence it remains a useful tool and allows a defendant to build a picture of a claimant's capabilities and assess whether presentation correlates with reported symptoms. All too often it is the case that a claimant can do more than he or she reports and surveillance and social media evidence is an effective way to evidence this. 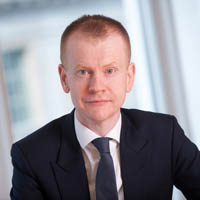