The employment status challenge: Key considerations for employers in Australia

With labour supply a top priority for employers, our employment experts in Australia consider the importance of the distinction between different employment statuses.

When engaging the workforce how does the law distinguish between different categories of employment status?

In Australia, the law distinguishes between two different characterisations of a workers' 'status', being either an employee (under a contract of service) or an independent contractor (under a contract for service).

Generally, and according to jurisprudence, a fundamental characteristic of an employment relationship involves a high level of subservience to the employer, with the employee being reasonably required to carry out duties under the direction and control of the employer.

Conversely, an independent contractor undertakes work in the performance of their own business and provides an agreed service/s under a contract for those specific services. The independent contractor bears the commercial loss or profit, is able to work according to their own hours, provides their own equipment, and payment is usually predicated on the satisfactory performance of the contract.

What are the different rights and protections for each employment status?

Employees are afforded protection by various provisions of the Fair Work Act 2009 (Cth) (the FW Act), including the National Minimum Wage and the National Employment Standards (the NES).

The NES set out the 11 minimum terms and conditions of employment that are required to be provided to all employees, and comprise of maximum weekly hours, notice of termination and redundancy pay, requests for flexible working arrangements and minimum leave amounts for annual, parental, personal, long service and domestic violence leave. Even where an employee is covered by an Award, Enterprise Agreement or Employment contract, a person's employment conditions cannot be less than these minimum standards.

In addition, the FW Act provides protection for employees from unfair or unlawful termination of employment, underpayment, bullying and sexual harassment and breaches of the general protection provisions (when an employer acts, plans or threatens to take adverse action due to an employee exercising a workplace right or for another prohibited reason). Employees are also protected from 'sham contracting' arrangements under the FW Act. This refers to a situation where an employer induces a person to be engaged as an independent contractor, when they should be considered an employee.

A claim brought by a worker claiming they are in fact an employee as opposed to a contractor may seek recovery of amounts they would otherwise receive had they been engaged as an employee.

What are the current themes with regard to employment status?

In light of the two High Court decisions, whereby the classification of a worker was reviewed, the key legal reasoning held by the High Court consisted of the following:

The impact of the High Court decisions is that they herald a more definitive approach moving forward, whereby the primacy of the contract is instead the key factor in establishing the characterisation of the relationship between parties.

Get an insight into the current situation in other jurisdictions from our global legal team. 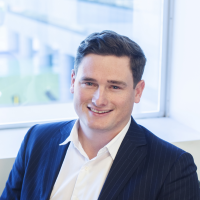