Reading the Political and Economic Climate

As part of our Global Consumer 2019 series we take a look at how a booming US economy, Trump’s trade wars with the EU and China and the Brexit process will shape how consumers behave in 2019.

Our The Global Consumer 2019 report in partnership with Retail Week found that the past two years have been fraught with political upheaval in the Western world, which has led to a great deal of uncertainty among consumers in those markets. Following the global financial crash in 2008, the UK economy bounced back and was, for a time, the fastest growing in the G7. However, all that changed when the British public voted to leave the EU on June 23, 2016.

Later that year, the wave of populism washed across to US shores when celebrity and businessman Donald Trump was elected 45th President of the United States in November. In 2017, Trump signed the Tax Cuts and Jobs Act, which cut individual income tax rates, doubled the standard deduction and eliminated personal exemptions. For those in the top tax bracket, individual tax fell to 37%, while the corporate tax rate was slashed from 35% to 21% at the beginning of 2018. Facilitating business and putting more money in consumers’ pockets, particularly higher income families, was designed to stimulate the economy.

Brexit by numbers – the findings of our survey

While the UK feels mostly negative about the Brexit process, there is even greater uncertainty among EU countries about the future of the EU. 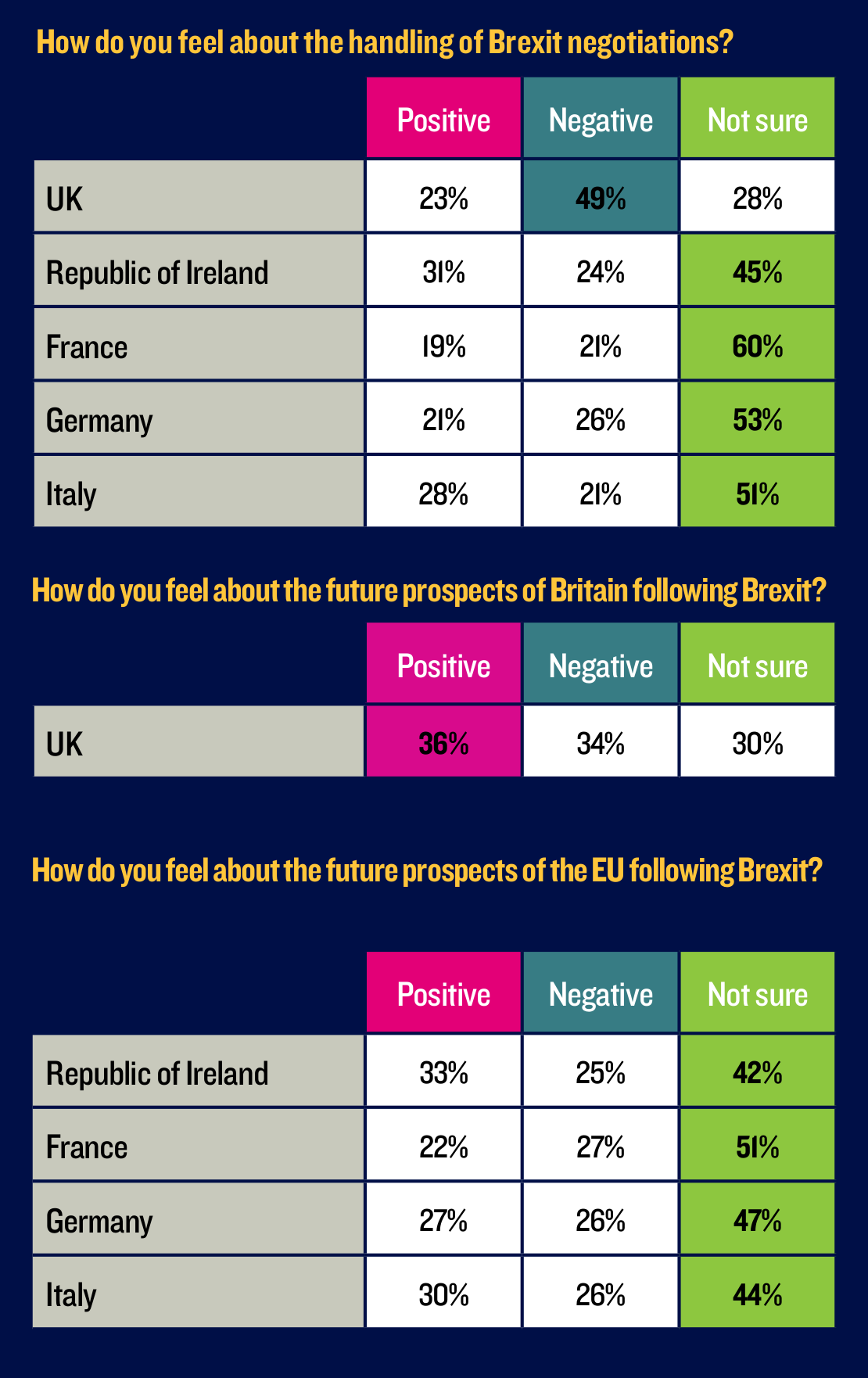 Impact of Brexit on retail spending

The Brexit process has since dominated headlines across Europe, alongside the ‘yellow vest’ fuel riots in France and the Ukraine-Russia conflict. UK Prime Minister Theresa May has been walking a diplomatic tightrope to negotiate a deal with the EU, while satisfying a very divided Conservative party, Parliament and country at home. The border between Northern Ireland and the Republic of Ireland (ROI) has added to the turbulent process and to say it has caused ripples in consumer confidence across Europe would be an understatement.

According to our research, in the UK 49% of consumers feel negative about the Government’s handling of the Brexit negotiations. They are divided about what the future holds, with 36% positive, 34% negative and 30% not sure about the country’s prospects once we leave the EU in 2019. The youngest demographic we surveyed, 18- to 24-year-olds, known to be the most pro-EU age group, feel more negatively about the UK’s prospects post Brexit at 40%.

Most British consumers believe prices will go up following Brexit, with 61% believing this will be the case. Half say that if this is the case Brexit will not have been a success. The feelings appear to be mutual both across the Irish Sea in the ROI and on the other side of the English Channel.

This is likely to have direct implications for retail spend across the Continent and for retailers with operations in those markets. When consumers are uncertain they tend to rein in spending, particularly on non-essentials such as fashion. In turn, this will put pressure on retailers to either drop prices or increase promotions to win spend, or focus on delivering the best quality and experience to give consumers reason to spend.

The US: a divided retail market

Despite President Trump’s naysayers, the American economy is performing well. However, the deep divisions within the electorate over which he presides are borne out in our results.

More Americans are less confident than confident about the political and economic outlook and they also do not feel better off as a result of President Trump’s tax cuts.

Some 48% say they do not have a greater disposable income, with this inflating to 56% of consumers aged over 55.

Sentiment in Australia is similar; there consumers feel decidedly negative about the political and economic outlook.

Contrast the situation in the West with that in the East, and the uncertainty plaguing the US and Europe is in even sharper focus.

In China, consumers are feeling more confident across all measures for 2019.

In turbulent times it is vital to get the basics right. We know how important it is to manage risk and protect margin when the future looks unsettled. It is essential to assess your supply chain to ensure it is effective and resilient as this could mean the difference between success and failure in the potentially turbulent year ahead.

Whether it be US tariffs on China or strengthened borders due to Brexit, we are seeing retailers striving to ensure they have confidence in the sourcing and delivery of their products.

From back-up plans for potential delays at borders to the assessment of domestic alternatives for sourcing and selling of products, retailers need to ensure that change is managed carefully, it has never more important to have robust contracts and MI. 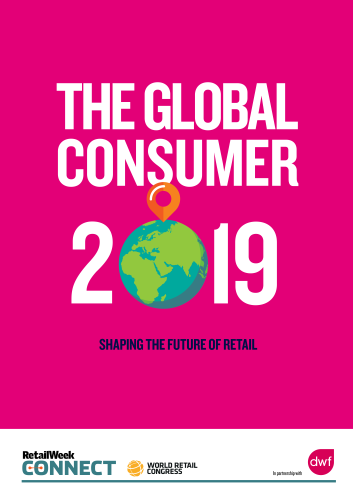 The DWF and Retail Week Global Consumer 2019 report surveyed 1,000 consumers in each of the following jurisdictions: Australia, China, France, Germany, Italy, Kenya, the United Arab Emirates, the Republic of Ireland, the UK and the US. Research took place in October 2018.