The English Court of Appeal has rejected a £34.5m warranty claim because the claimant party failed to comply with the procedural requirements specified in the share purchase agreement.

In 2013 Teoco UK Limited (Teoco) purchased Aircom International Limited (the Target) from Aircom Jersey 4 Limited and Aircom Global Operations Limited (the Sellers) for £41 million under a share purchase agreement (SPA). In the SPA the Sellers had given a number of general warranties, tax warranties and a tax covenant.

Following completion, it transpired that the Sellers had failed to disclose that the target company had outstanding tax liabilities and in February and June 2015 Teoco's solicitors wrote to the Sellers to notify them of potential claims for unpaid tax.
In August 2015, Teoco issued proceedings for breach of warranty and an indemnity in respect of the tax liabilities. The Sellers then made an application to strike out the claims on the basis that the Purchaser had failed to comply with the notification provisions set out at Schedule 4 of the SPA.

Schedule 4 of the SPA stated that:

"No Seller shall be liable for any Claim unless the Purchaser has given notice to the Seller of such Claim setting out reasonable details of the Claim (including the grounds on which it is based and the Purchaser's good faith estimate of the amount of the Claim (detailing the Purchaser's calculation of the loss, liability or damage alleged to have been suffered or incurred)"

Although the notice letters made reference to the "tax warranties, general warranties and tax covenant", they failed to identify the applicable warranties and provisions of the tax covenant. The High Court granted the application to strike out the claims on the ground that Teoco had failed to provide notice in accordance with Schedule 4 of the SPA.

The Court of Appeal decision

The Court of Appeal upheld the decision of the High Court. In his judgment, LJ Newey stated that "setting out" the "grounds" of a claim required specific reference to the particular warranties and provisions sought to be relied upon.

LJ Newey referenced Senate Electrical Wholesalers Ltd v Alcatel Submarines Networks Ltd [1999] 2 Lloyd's Rep 423, in which LJ Stuart-Smith emphasised the importance of certainty when making a claim for breach of warranty. He stated there must be "no reasonable doubt not only that a claim may be brought but of the particulars of the ground upon which the claim is to be based."

Reference was also made to the judgement in RWE Nukem Ltd v AEA Technology plc [2005] EWHC 78 (comm), which concluded that "a compliant notice would identify the particular warranty that was alleged to have been breached."

Following the reasoning set out in these judgments, LJ Newey concluded that Teoco's letters failed to comply with the notice provision required by the SPA. Firstly, it was unclear to a "reasonable recipient" that the letters intended to constitute notice of a warranty claim as opposed to the existence of a potential claim. Secondly, the letters left "real scope of doubt" as to the specific warranties and provisions of the SPA, which Teoco sought to rely upon as grounds for making a claim against the Sellers.

This case acts as an important reminder of the need for strict compliance with contractual notice provisions contained in an SPA.

When drafting a notice of a claim, it is therefore important that: 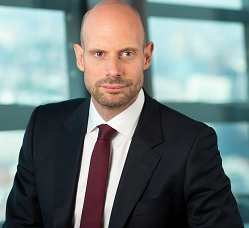