Civil Courts have a variety a tools at their disposal to ensure the recovery of stolen material, and recent case law has again confirmed that Judges will be ready and willing to assist parties recover their assets.

The recent High Court judgment in Corbiere Limited et al v (1) Ke Xu and (2) Secretary of Statement for the Home Department1  serves as a useful reminder of the availability of civil proceedings in preventing abuses and pursuing the recovery of stolen material, even where criminal proceedings have not procured the same.

The judgment also demonstrates the lengths a civil Court may be prepared to go to in assisting a party recover its assets, and the armoury available to the Court to achieve the same, on this occasion even ordering the delivery up of a wrongdoer's passport and potentially delaying his deportation pending the return of stolen data, as well as considering a Claimants rights under the ECHR.

In August 2014 Mr Ke Xu stole highly confidential information belonging to his employers (the Claimants), who specialise in quantitative investment research and software development.  He then fled to Hong Kong (hoping to travel on to China), where he was arrested and extradited back to the UK.

Following extradition, he was convicted on various counts of theft and fraud, and sentenced to four years' imprisonment. Later, he was sentenced to a further 18 months' imprisonment for failing to disclose the location of copies of the confidential information and because he had allowed third parties to access it. Despite that sentence, Mr Xu claimed to be unable to return the data to the Claimants, alleging that it was being held by his parents in China, who were refusing to release it to him.

Given Mr Xu's continued refusal to return the material, the Claimants commenced civil proceedings against him, seeking:

- An injunction restraining him from using the material or providing it to any other person;
- The delivery up or destruction (to be confirmed by oath) of all articles or materials the use or publication of which could contravene the injunction; and
- Damages for any loss suffered as a result of the misuse of the confidential information.

In September 2017, at the conclusion of his extended sentence, the Secretary of State for the Home Department (the "SSHD") resolved that Mr Xu should be deported.  Fearing that this would effectively end their efforts to seek to recover the data, the Claimants made a further application to the Court, for an order requiring Mr Xu to disclose the location of the confidential information he copied, what became of it and the name of those who have or may have had access to it (the "Disclosure Application").

The Claimants also made a supplementary application, requesting that Mr Xu be prevented from leaving the jurisdiction until he had complied with the Disclosure Order (the "Passport Application"). This would have the effect of delaying his deportation.

Mr Xu resisted the Disclosure Application, arguing that (1) he should not be punished twice for the same non-disclosure and (2) there was no risk of harm to the claimants as there was no longer any value in the information stolen.

Under his first argument, Mr Xu stated, despite being sentenced for failing to provide the disclosure required in the criminal proceedings, he had sufficiently complied with the order by confirming that he took no copies of the confidential information. He also argued that granting the Disclosure Order would see him punished twice for the same non-disclosure.

Mr Xu's second argument was also dismissed, with Mr Justice Zacaroli finding that there remained a real risk of substantial harm to the Claimants, should Mr Xu be able to exploit the confidential information stolen.

Mr Justice Zacaroli thefore granted the application, concluding that that the relief sought in the proceedings as a whole "would be rendered nugatory" if the Claimants were unable to recover the confidential information from Mr Xu and any other person to whom it had been disclosed.

Mr Justice Zacaroli also granted the Passport Application, prohibiting Mr Xu from leaving the jurisdiction until he had complied with the Disclosure Application.  Considering the interests of both parties, he found that on balance, the potential prejudice to the Claimants' claim outweighed the detriment Mr Xu would suffer as a result.

However, the Judge refused to grant a broader application, prohibiting Mr Xu from leaving until after the trial of the matter.  In doing so, he emphasised the need for the restraint to be as short as possible. However, he also noted that the Claimants could make use of further pre-trial relief (for example, the delivery up of material) to remove any prejudice that may arise at a later stage.

Article 6 of the European Convention on Human Rights

As part of the Passport Application, the Claimants sought a declaration from the Court that the deportation of Mr Xu would infringe their right to a fair trial under Article 6 of the ECHR.  Without presenting any additional evidence, the Claimants asserted that if the Court was prepared to prohibit Mr Xu from leaving the jurisdiction, it must necessarily find that Article 6 was engaged.

Mr Justice Zacaroli rejected the suggestion that upon granting the Passport Application he would automatically have to make the declaration sought.  As the Claimants had not made any arguments as to the scope of Article 6, or how they asserted Mr Xu's deportation may infringe those rights, the Judge did not consider it appropriate to reach a conclusion on whether Article 6 was engaged.

However, the Judge was very clear that the Claimants were entitled to a fair trial and that the deportation Mr Xu's may have infringed those rights.  Making these comments obiter, the Judge certainly gave encouragement to any other parties seeking to run a similar argument in future matters.

The judgment confirms that concurrent or past criminal proceedings relating to the same course of event(s) will not prevent a party from commencing civil proceedings to try and recover confidential information and/or obtain damages for its misuse.  It also highlights that, if criminal proceedings have not led to the recovery of stolen material, civil court Judges will be prepared to exercise their discretion and use machinery at their disposal to assist a party in achieving the same.

Civil proceedings offer a range of helpful tools that can be utilised to assist in the recovery of misappropriated confidential information. Civil Courts in England and Wales have a wide discretion to make interim orders as they consider suitable in any given circumstances.  For example:


If you have concerns regarding the potential misuse or misappropriation of confidential information, or options available in seeking to recover the same please contact our commercial litigation team. 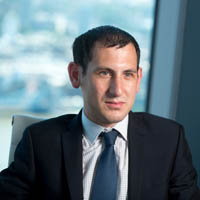