As a result of the Ministers' meeting of 2 July 2018, a Law Decree providing urgent provisions for employees' and companies' dignity has been approved.

In line with the previews mentioned by the newly appointed Minister for Labour and Social Policies, the so-called "Dignity Decree" would have, among others, the purpose of introducing measures aimed at counteracting temporary employment and – honouring the First chapter of the Italian Workers' Statute – protecting employees' dignity (as well as the dignity of companies and self-employed persons).

Amongst the many subjects on which the legislator could have intervened, the focus has been on three specific employment topics, which have already been subject to several legislative changes in recent years (and which had raised conflicting arguments as, on the one side, they were said to dubiously protect employees and, on the other, to be also aimed at positively balancing the point of view of those employers facing financial difficulties).

Briefly, according to the draft currently available, the First chapter of the Dignity Decree regulates the following topics, aimed at counteracting temporary employment:

In accordance with the previous legislative provisions, the Dignity Decree highlights the scope of the new rules and clarifies which fixed-term relationships will be subjected to the 2015 regulations. The employer will therefore inevitably need to pay attention to the correct identification of the applicable laws, in order to avoid sanctions (unchanged).

The protection of the dignity employees hired on a fixed-term basis by supply agencies appears to be reinforced through the non-inclusion – among the provisions not applicable to said employees - of the rules governing fixed-term requirements and the maximum duration of the fixed-term contract.

The contribution introduced by the Fornero Reform in cases where fixed-term employment contracts are renewed, even where the worker is supplied by an authorised agency, is increased by 0.5 percentage points (for each renewal, within the applicable limits).

The third element of the Dignity Decree is on the subject of "allowance for unjustified dismissal". Contrary to the "war declaration" made towards the Fornero Reform and the Jobs Act's provisions (more specifically towards one if its implementing Legislative Decree no. 23/2015) which substantially revolutionised Art.18 of the Workers' Act (including the provisions applicable to small companies), the intervention at hand is a small step towards the accomplishment of the pursued objectives.

Essentially, the indemnity due to the employee in the case that the Judge has confirmed that the dismissal took place without a (objectively or subjectively) justifiable reason or because of an unfair cause, has been changed for those employers who fulfil the prerequisites of article 18 of the Workers' Act. The Dignity Decree establishes that, without prejudice to the termination of the employment relationship and the criteria for the calculation of the indemnity due to the employee (proportional to 2 monthly salaries * years of employment), the indemnity won't be lower than 6 or higher than 36 monthly salaries.

The Dignity Decree doesn't appear to have changed the amounts already determined by the 2015 Legislative Decree for the other matters therein regulated, apart from the minimum indemnity owed to employees dismissed by an employer that does not meet the above mentioned Art. 18 Worker's Act requisites, which has been indirectly increased from 2 to 3 monthly salaries. This is only a slight improvement for the employees of small companies hired after 7 March 2015, and it is more favourable towards the minimum amount established by the legislation applicable to employees hired before that date. The lack of updated regulations, on the other hand, with regards to the amounts that the employer could offer in a settlement scenario, could raise dissatisfaction among employment experts, who would likely highlight only a partial legislative action aimed at the protection of the unfairly dismissed employee.

There is no doubt that the legislative actions within the Dignity Decree could effectively guarantee a better protection towards employees and counteract temporary employment. This is particularly true when bearing in mind the legislative revision of the fixed-term employment contract and the reintroduction of the "reason-requirement", applicable only in specific circumstances: it will, indeed, be necessary that the employer pays more care and attention to the management of its fixed-term employee relationships, both at contract-drafting phase and when considering extensions and renewals, in order to reduce litigation risks (which have already been reduced as a result of the 2015 Legislative Decree).

In hindsight, it should be questioned whether the (limited) measures established in the Decree in question are effectively or definitely appropriate in order to counteract temporary employment and the subsequent damage to employees' dignity. Alternatively, whether these measures are a small step towards an ambitious goal which nevertheless needs, , economic conditions which are different to the ones of most local employers – who are, today, more than ever, conscious of costs and investments, as well as the management of the workforce.

Even if the Dignity Decree is still awaiting to be published on the Italian Official Gazette, the effectiveness of its measures will be necessarily limited at the beginning (i.e., 60 days from publication): indeed, then it will be necessary – in order to avoid the loss of its effectiveness from the moment it comes into force – for a subsequent intervention from the Italian Parliament in order to convert the decree into law. On the occasion of the examination of the bill for the legislative conversion, there will be an opportunity to eventually bring all the amendments that the Parliament considers appropriate, in order to achieve the final version of the decree, in light of the inevitable reactions of the actors of the Italian employment landscape. 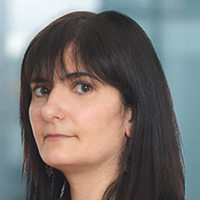