Summary
An adjudicator's decision is binding (until the issues are finally determined by litigation, arbitration or agreement between the parties), and there is no right of appeal.  If the losing party chooses not to comply with an adjudicator's decision, the successful party will usually commence enforcement proceedings and apply for summary judgment.  A challenge to the enforcement is unlikely to succeed, as the Courts' approach is to support adjudication.

Beumer was appointed by Vinci in 2012 pursuant to an amended NEC3 Engineering and Construction Sub-Contract to carry out the design, manufacture and supply of the baggage handling system at Gatwick Airport.  In the seventh(!) adjudication between the parties, Vinci sought and was awarded liquidated damages in the sum of £9,671,500.  Beumer refused to pay, Vinci commenced enforcement proceedings and applied for summary judgment.

In previous proceedings between the same parties, Mr Justice Fraser confirmed that  "Adjudicators'  decisions will be enforced by the Court by summary judgment regardless of errors of fact and/or law by the Adjudicator."  He further cited Lord Justice Chadwick's previous comments that "the need to have the "'right" answer has been subordinated to the need to have an answer quickly".  Adjudication decisions will be enforced except in cases of clear breaches of natural justice.

Decision
The Court determined that the findings were not inconsistent and the reasoning in the Decision was clear.  The Decision does not need to be to the standard of a Court Judgment, it simply has to be clear enough to understand the Adjudicator's reasoning, irrespective of whether that reasoning is right or wrong.

As to the final argument, the Court considered that there was no evidence that Vinci had advanced inconsistent positions in different proceedings, although the Court was clear that it was highly inappropriate for a party to do so and doubted whether it should be possible, given the need to sign a statement of truth in each set of proceedings. The Adjudicator had given Beumer the opportunity to make good its assertions and it had failed to do so.  Accordingly, there had been no breach of natural justice.

Comment
Whilst this case does not raise any new or novel points, it is always interesting to note the Court's continuing desire to support adjudication and the quick enforcement of decisions. The Notice of Intention toRefer to Adjudication was issued on 20 March 2018 and the Adjudicator's Decision delivered on 2 May 2018.  Vinci issued proceedings on 16 May 2018 and the Court's Judgment handed down on 24 July 2018. 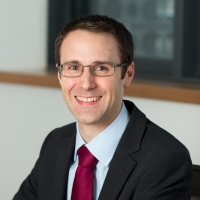