We are delighted to share some good news from our Scottish Counter Fraud Team.  In an action arising from a road traffic accident where the pursuer was held to have been 95% unsuccessful despite beating a tender (Part 36 offer) and securing an award of damages, Sheriff J Gilchrist QC determined that no expenses were recoverable by the pursuer.

The action was raised in the sum of £15,000 for personal injury, contractual sick pay, services and inconvenience.  The essence of the defence advanced by DWF, on behalf of Acromas, was that this was a low speed, minor incident and causation was at issue.

Significant adverse credibility evidence was obtained to discredit the pursuer's position that her losses stemmed from the incident and was lodged in process.

Following three days of evidence, Sheriff Gilchrist rejected the Pursuer's valuation and awarded the sum of £750, stating that he did not believe such a "trivial event" could have caused the injuries described by the pursuer.

The case then called for a hearing on expenses where the Sheriff addressed the entitlement to expenses:

"the fact that the pursuer was ultimately awarded a small amount of money might entitle her to say that she 'succeeded' in her action, I do not think that is a proper characterisation of the outcome.  It is more accurate to say she was 95% unsuccessful.  Given the above, I am not persuaded that it is appropriate to make any award of expenses in favour of the pursuer."

"It seems to me that the court should do what it can to discourage the pursuit of grossly inflated claims arising out of road traffic accidents, given the adverse effect that such claims have on the cost of obtaining motor insurance……"

He also refused to certify the employment of counsel by the pursuer commenting that: "even the ingenuity of counsel was not sufficient to fashion a silk purse out of a sow's ear."

Jill Sinclair, Head of Counter Fraud (Scotland) at DWF said: "The decision is a welcome development in the judiciary's determination of these type of claims.  We hope this decision discourages the pursuit of inflated claims and that other courts will adopt this approach where appropriate."

Acromas commented: "We continue to be committed to ensuring our Policyholders are protected from the efforts of individuals who look to seek unjust award and profit from trivial matters, and are especially pleased that their representatives also fail to profit from such ventures.” 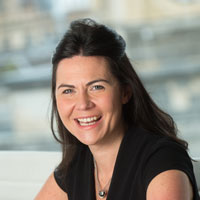