Fibromyalgia is the second most common condition seen by rheumatologists.

It is a chronic condition which causes widespread, debilitating pain and muscular stiffness along with various other symptoms and problems. Patients suffering from fibromyalgia have an abnormal perception of pain. It is thought this can, in turn, lead to anxiety disorders, fatigue and depression.

There is no standardised treatment but treatment which consists of a combination of approaches such as psychological interventions, medication and exercise programs are commonly thought to be the most effective.

Whether through distraction or otherwise VR is thought to reduce the perception of pain. We have talked in previous articles about how patients can overcome extremely painful situations (burns debridement therapy) when distracted in a virtual reality environment.

In turn, exercise therapy in fibromyalgia patients has been shown to improve well-being through decreased fatigue, depression. It is recommended that exercise should be performed at a moderate intensity.

In this particular study although the number of participants were small (N= 8) virtual reality technology was used in the creation and playing of an exercise game specifically designed for fibromyalgia patients.

Patients played the game at different difficulty settings and immediately after playing the game completed a questionnaire containing 29 questions regarding enjoyment, playability and the effort put into the game.

Given the low sample number there appears to have been a number of discrepancies in the answers provided by the participants although with the exception of one participant (who was over the age of 65) all remaining participants stated that they would play the game for 20 minutes or longer at the time. The authors of the study speculated that this demonstrated that the game would be effective on its own with no need for supplementation with another similar game. The scoring system was said to provide both motivation and incentive and all participants stated that they put a lot of effort into the game and were motivated to obtain a high score.

Further developments of the game were identified such as online scoreboards allowing for competition between players as well as allowing for healthcare professionals to monitor progress remotely.

The authors speculated that the study (whilst clearly needing additional investigation) was evidence that VR provides a viable means of exercise and would likely increase motivation and frequency of exercise amongst patients suffering from fibromyalgia.

Once again here we have the another possibility for the use of virtual reality in healthcare. It seems that it's potential is being explored almost everywhere and we have a myriad of different research groups all investigating different elements.

We are clearly at a very early stage in terms of development and a considerable amount of additional research is required in respect of all the potential uses to see whether or not VR can add anything over and above traditional treatment methods. That said, it seems to me that we are reaching a level critical mass whereby it is only a matter of time before we start to see mainstream adoption which - if it helps the patient - has to be a good thing right?!

HNY everyone! Here's to looking forward to an exciting 2019!

Last but by no means least, a plea, if you have the opportunity please follow our Twitter page @BIRGarage 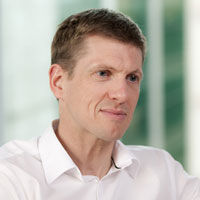