The Lord Chancellor has today announced the outcome of the first discount rate review under the new methodology provided for in the Civil Liability Act 2018.

How did we get here?

Today's decision represents the culmination of a journey which began in November 2010 when the Lord Chancellor at the time, Ken Clarke, agreed to review the discount rate. The rate had been 2.5% since June 2001, and APIL were threatening a judicial review arguing that in the current financial climate the discount rate was no longer representative of the rate of return available to claimants when investing their lump sum damages.

Despite consultations between 2010 and 2016, looking at the methodology and legal framework for setting the discount rate, nothing changed until December 2016 when Lord Chancellor Liz Truss, again facing the threat of judicial review, announced she would review the rate. She then made the now infamous shock decision of February 2017 to reduce the rate to minus 0.75%, albeit with the promise of further consultation. That consultation process produced the new procedure for setting the rate which was incorporated within the Civil Liability Act 2018. The key change was that the discount rate would now be set by reference to "low risk" rather than "very low risk" investments, thereby cutting the link with ILGS as the benchmark for calculating the rate. The Act also provided for the rate to be reviewed at least every five years, and for it to be set in consultation with the Government Actuary and HM Treasury for the first review, and an independent expert panel for subsequent reviews.

The September 2017 announcement on the new methodology suggested the rate might be in the region of 0% to 1%. Although this was later watered down by Lord Keen to an "assessment of the direction of travel", it did at least serve to manage expectations, allowing parties to continue to negotiate settlements over the past two years.

The decision will be seen as hugely disappointing by insurers. Whilst it may not be a complete surprise in light of developments in Scotland during the passage of the Damages (Investment Returns and Periodical Payments) (Scotland) Act 2019 where the predicted rate has been in the region of minus 0.25%, it will be considered to be at the very lowest end of expectations and at a level which many believe will still result in overcompensation to claimants.

A dual rate was apparently considered but ruled out at this stage due to insufficient evidence, though it has not been ruled out in future and there will be further consultation in that regard.

The indications are that the next review will take place "within 5 years" so for the immediately foreseeable future all parties have certainty, even if they do not currently have the multipliers available – new versions of the Ogden tables will no doubt be available shortly. 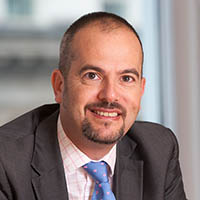