In September 2017, Noble Construction Limited ("NCL") were appointed by Mr Wilson under a JCT Minor Works Building Contract to carry out works on his property in Padstow. A dispute arose when Mr Wilson sought to terminate the contract, alleging a repudiatory breach by NCL. NCL treated Mr Wilson's termination as a repudiatory breach in itself, and rendered a termination account of £117,124 which Mr Wilson did not pay. NCL referred the dispute to adjudication.

When the adjudicator's award was not paid, NCL applied to the Technology and Construction Court to enforce it by way of summary judgment. Mr Wilson, acting in person, objected to the application. He complained that the adjudicator's reasoning as to the correct contract price was erroneous. He also alleged that NCL had produced false witness statements for the adjudication and that they had been deceptive about pricing and colluded with the architect.

Mr Wilson further applied for a stay of execution on the basis that he intended to bring his own proceedings to determine the dispute with NCL. He also argued that liquidation was "a credible threat as a preference for [NCL]" if it was ordered to pay him any amount by the court, and offered to provide security for the amount of the claim pending a final decision from the court as to the dispute.

The Judge, Veronique Buehrlen QC, heard both applications at a hearing on 20 June 2019.

The Judge granted NCL's request for summary judgment and refused Mr Wilson's application for a stay.

On the question of the witness statements, the Judge found that the adjudicator had considered all the factual evidence but preferred that of NCL. She also rejected the allegations of deception over pricing and collusion with the architect. In so far as Mr Wilson failed to raise certain issues when he had opportunity to do so in the context of the adjudication, he could not now rely on those issues to resist NCL's application for summary judgment.

When considering the application for a stay of execution, the Judge referred to the special circumstances laid down in previous case law in which a stay might be granted of a judgment given on an adjudicator's decision. She found that none of them applied: NCL was a healthy and robust business and there was no evidence that it would not be able to repay the adjudication award if Mr Wilson succeeded at trial. Furthermore, neither Mr Wilson's intention to issue proceedings to determine the dispute nor his offer to provide security were grounds for granting a stay.

Considerations for the construction industry

A successful application for summary judgment can mean a quick and relatively cost effective decision for a claimant. An unsuccessful application can lead to an adverse costs order and present the defendant with a tactical advantage. A claimant must therefore be confident that they can fulfil the relatively strict criteria under CPR 24.2, i.e. that the defendant has no real prospect of successfully defending the claim or issue and there is no other compelling reason why the case of issue should be disposed of at a trial, before applying for summary judgment.

However, when it comes to upholding adjudicator's awards by way of summary judgment, this case has reinforced the court's robust stance towards doing so, unless there are exceptional circumstances. The Judge held that "the overriding principle on any application to enforce the decision of the adjudicator is that the court will always endeavour to enforce such decisions". The court's commercial approach is evident from the Judge's comments that, "The whole point of the statutory adjudication scheme is that adjudicator's awards should be paid and paid promptly…The key purpose of the scheme is to safeguard the cash flow of the contractors." Any party about to embark on adjudication or a challenge to an adjudication award should bear this in mind. 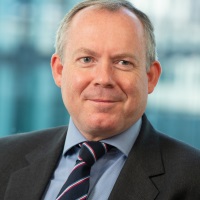