Cost plus: When can indirect age discrimination be justified?

A recent Court of Appeal judgment confirms that saving costs alone cannot be enough to justify a legitimate aim for something that would otherwise amount to indirect discrimination on the grounds of age. Read our case review.

For employers considering implementing any practice or policy which may be indirectly discriminatory, this means that the sole reason for implementing such action cannot be cost alone, but if it was tied with another reason such as the absence of financial means, then it could potentially be justified.

The Claimant was a probation officer based in Kent. Around June 2010, the public sector were subject to pay constraints, which led the Ministry of Justice to change the pay structure. The Respondent introduced a policy, which limited pay increases, and meant progression up the salary band took longer. It was common ground that the change in the pay structure meant it was prima facie indirectly discriminatory for younger employees, including the Claimant, as longer serving employees who were predominantly older employees would progress more quickly and reach the top of the salary band sooner in comparison to younger employees.

The Claimant issued a claim on the grounds of indirect age discrimination, arguing that the change in pay structure was a provision, criterion or practice (PCP) which disadvantaged younger employees.  He claimed that cost alone, could not amount to a legitimate aim. Therefore, the change in pay structure could not be justified by the Respondent. The issue was whether the Respondent could justify the need to change its pay structure due to its absence of means to pay higher wages to younger employees.

The Court of Appeal decided that there was a 'cost plus' principle which existed. In essence, the 'cost plus' rule means that an employer cannot rely solely on costs as a legitimate aim for indirect discrimination on the grounds of age. An employer will not be able to justify a PCP solely on the basis it is attempting to save costs. There has to be another reason in addition to costs to be able to justify a discriminatory act.

The Court of Appeal therefore held that the 'cost plus' principle could not be said to be incorrect; an employer could not discriminate against an employee simply because it would be cheaper to do so.

However, the Court did make it clear that the "cost plus" label should be avoided as far as possible as it can lead to an inappropriately mechanistic approach.  It is better, to consider the employer's aim by looking at the total picture.  It is only if the fair characterisation is indeed that the aim was solely to avoid increased costs that it is to be treated as illegitimate.

The Claimant's appeal was dismissed as the Court of Appeal held that this was not a costs alone case. The Respondent could justify its actions as there was another reason for the change in pay structure, i.e. that they were being forced to in light of the pay constraints to the public sector.

A word of warning

This case emphasises that where there is potential indirect age discrimination, an employer will not be able to rely on the sole reason of costs as a legitimate aim for defending their actions.

Employers will need to consider all factors when putting in place a PCP that may affect certain age groups. The case provides useful guidance that an employer's need to reduce expenditure in response to financial constraints can constitute a legitimate aim for the purpose of justifying age discrimination. 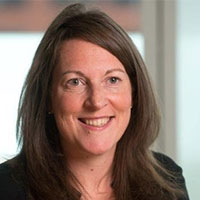