The ASA published its regulatory approach in the context of COVID-19; Katharine Mason, Director in our Regulatory, Compliance and Investigations team spent a weekend absorbing ads and considering what steps advertisers need to take to remain responsible

The Advertising Standards Authority (ASA) has published its regulatory approach during the current crisis. The ads regulator already applied prioritisation principles to allocate resources. Four principles are applied before acting:

Having plainly employed these, the ASA expedited the publication of rulings against ads which specifically referenced COVID-19 and Committee of Advertising Practice (CAP) guidance followed shortly after. Now, the ASA has emphasised the prioritisation principles in the context of COVID-19. It will:

We have highlighted five key points to keep in mind below, to avoid having your ad prioritised for investigation.

Contradicting public health messages to sell facemasks or making a discriminatory innuendo to advertise beds are examples of obvious breaches that one wouldn't expect from responsible brands. However, encouraging the purchase of an expensive item with a promotional offer (such as a buying a car before a lock down starts) runs the risk of pressurising consumers when they are vulnerable.

The Advertising Codes reflect the Consumer Protection from Unfair Trading Regulations 2008 (the CPRs) which require that where a commercial practice is likely to distort the economic behaviours of a clearly identifiable group of vulnerable consumers; the average consumer is the average member of that group. Consumers may be vulnerable to some practices and not others. There is published guidance on the ASA's approach across a variety of sectors here.

In this time of pervasive uncertainty it is likely we are all vulnerable consumers when it comes to messaging around protecting our families and ourselves.

The Advertising Codes still apply and the ASA's decision to take a light touch where possible means it accepts mistakes happen. Now more than ever a brand's advertising says what it stands for. The statement from eight supermarkets urging people not to panic-buy and assuring the country that they are working together to coordinate supply is more likely to age well than the holiday discounts still being advertised a couple of weeks ago.

Over the weekend 21-22 March ads were still running inviting consumers to go to the store rather than shop online, there are likely to be simple fixes to ads to make sure they appropriately reflect our new circumstances.

Ads featuring discounts for products which undermine public health messages or encourage the public to behave irresponsibly will need changing.

Take some time and define your new normal

Consider messaging in the context of everything else that is going on, it is reasonable to want to remind consumers of your products and services that will be useful to them. However, it is a fine line between a reminder that online shopping is available and attempting to profiteer from misfortune.

Step away from the jokes and puns

It is highly tempting to use humour to break through the general anxiety, but rapidly developing events mean a wry comment on Tuesday can equal brand mortification on Wednesday. For now, it is better safe than sorry when avoiding serious and widespread offence with a mistimed witticism or play on words. I'll admit briefly considering calling this article 'Advertising in a time of COVID-19' before thinking better of it.

If you require advice or support on any of these issues please contact Katharine Mason, Director, or Hilary Ross, Head of Retail, Food & Hospitality Group. 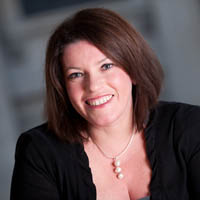