A draft act on granting public aid for the purpose of saving or restructuring entrepreneurs has been submitted to the Parliament.

The act will make it possible to obtain support from public funds by entrepreneurs in a difficult economic situation and who are taking corrective measures. State aid in the form of financial support in the form of loans, capital entries and relief in the repayment of certain public receivables will be able to be granted for liquidity support for the period needed to prepare a recovery plan and to finance restructuring measures. Significantly, therefore, financial aid may also be granted to companies that are already in financial difficulty but have not yet started any restructuring procedures. The aid will be granted from the State budget upon written request by the minister responsible for the economy, who may, however, delegate its granting to the Industrial Development Agency.

Which entrepreneurs will be able to apply for public aid

Entrepreneurs in a difficult economic situation will be able to apply for public aid. The draft act considers as such entrepreneurs: insolvent, i.e. those who have lost the ability to perform their due monetary obligations and entrepreneurs threatened with insolvency, who as a result of the losses incurred have lost more than half of their capital, in particular if the sum of the profit (losses) from previous years, the net profit (loss) in a given financial year, the reserve capital, the revaluation capital and other reserve capitals (funds) is negative and its absolute value is greater than 50% of the basic capital (fund), and in the case of entrepreneurs other than small and medium-sized ones, if during the last two years the ratio of debt to equity capital was greater than 7.5 and the ratio of operating profit increased by depreciation to interest was lower than 1.

Entrepreneurs who will apply for aid must also meet the following criteria:

The draft assumes that one of the three categories of aid, i.e. aid for temporary restructuring support, can only be granted to micro, small and medium-sized enterprises.

As an exception, aid may be granted to entrepreneurs who do not meet the requirements described above, but provide services of general economic interest, when this will be necessary to maintain the continuity of these services, but not longer than until the obligation to provide these services is transferred to another entrepreneur.

Aid may be granted if it prevents and leads to the reduction of social difficulties or to the overcoming of market failures where, without it, this objective would not be achieved or would be achieved to a lesser extent.

The aid is therefore not only intended to benefit a specific undertaking but also the State.

What assistance will be available to entrepreneurs

Pursuant to the draft act, rescue aid is granted to an entrepreneur in a liquidity crisis in order to enable him to conduct business activity for the period necessary to develop a restructuring or liquidation plan.

It can be granted only in the form of an interest-bearing loan, which must be secured and of which the amount is calculated using the formula indicated in the act. The amount of the loan will be limited to the amount necessary to maintain the basic business activity of the entrepreneur. The period for which the aid will be granted is determined by the applicant itself, but it may be longer than 6 months.

An entrepreneur who does not want to apply for further aid regulated by the act will be obliged to submit to the entity that granted the aid a statement on the repayment of the loan received within the time limit specified in the act. However, if the entrepreneur applies for another type of aid, he will have to submit a restructuring plan or a simplified restructuring plan or a liquidation plan of the company, respectively, to the entity granting the aid for approval within a specified period.

A micro, small or medium-sized entrepreneur will be able to apply for temporary restructuring support. In order to obtain it, such an entrepreneur will not have to meet all conditions of an entrepreneur in a difficult economic situation. It is sufficient that the entrepreneur, due to the occurrence of exceptional and unforeseen circumstances, will require urgent liquidity support and simultaneously:

The support shall be granted for a period not longer than 18 months. If the temporary restructuring support is directly preceded by rescue aid, the total aid period may not exceed 18 months.

Restructuring aid will be aimed at implementing a restructuring plan that will restore the entrepreneur's long-term ability to compete in the market.

Restructuring aid will also be able to be shared in the form of relief from the administrative fine by:

A condition for obtaining the relief will be that the equivalent of the aid granted will be used to implement the restructuring plan.

In the bill, an amount of PLN 120 million was assumed for all three categories of aid in total each year, which will be divided as follows: 69% for loans, 29% for capital injections and up to 2% for the costs of granting aid. 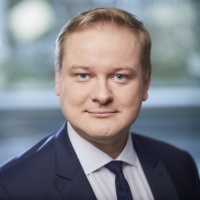