COVID-19 - the impact on corporate governance, administration and reporting - an update

On Wednesday 20 May, the Corporate Insolvency and Governance Bill (the "Bill") was published by the UK Government and had its first reading before Parliament. The Bill is expected to be passed and implemented within the next few weeks, resulting in a number of key changes to corporate governance in the UK. The purpose of the Bill is to follow through on earlier commitments to legislate in order to give flexibility to UK businesses to enable them to trade, and to comply with certain legislative requirements concerning holding shareholder meetings, during the current period of economic and social disruption.

The Bill is subject to possible amendment as part of the legislative process but, if passed as currently drafted, the following key changes will come into effect.

Shareholder Meetings
The Bill deals with the conduct of general meetings and class meetings of companies (and other qualifying bodies) taking place between 26 March 2020 and 30 September 2020 (the "Relevant Period").

Whilst members will still be allowed to vote by some means, members will have no right to attend the meeting in person. Where a company's articles of association or other governing documents provide that members do have any of these rights, those documents will continue to be effective save that they will be interpreted as though compatible with the Bill.

The Bill provides that if a company (or other qualifying body) had a duty (either under the provisions of any enactment or its own constitution), to hold a general meeting as its AGM between 26 March 2020 and 30 September 2020, that provision is to be read as if it imposes a duty on the company (or other qualifying body) to hold the meeting by 30 September 2020.

Moratorium
Under the Bill, any eligible company that is, or is likely to become, unable to pay its debts may apply to the court for a moratorium. The moratorium application must include a statement from an insolvency practitioner that, in the view of the practitioner, a moratorium protecting the company from any legal enforcement action in respect of pre-moratorium debts may result in the rescue of the company as a going concern. During a moratorium no petition may be presented (except by the directors), or resolution passed, for the winding up of the company, and certain other insolvency procedures may only commence at the instance of the directors. Other legal proceedings (such as enforcement of payment of rent or enforcement of security over the company's property) may not be taken during the moratorium.

A company that is subject to a moratorium must clearly publicise that fact.

Wrongful Trading
The wrongful trading provisions of the Insolvency Act 1986 mean that company directors may be held personally liable for allowing a company to continue to trade when there is no reasonable prospect of the company avoiding insolvency. The Bill includes provisions that would remove this threat of personal liability for directors for any worsening of the financial position of a company occurring between 1 March and 30 June 2020 (or, if later, one month after the coming into force of the legislation). This change to the wrongful trading provisions should not be considered as giving directors "carte blanche". Directors' statutory duties continue to apply. The directors of certain classes of company (e.g. banks, insurance companies and payment institutions) will not be able to benefit from the provisions.

Winding-up petitions
The Bill provides that no winding-up petition can be presented to a court on or after 27 April 2020 in respect of a company on the basis of the expiry of a statutory demand served during the period of 1 March 2020 to 30 June 2020. The Bill also prevents a winding-up order from being granted during the relevant period where a creditor is alleging that a company cannot pay its debts, unless that creditor can show that the company's inability to pay its debts has not been caused by the coronavirus pandemic.

Restructuring Plans
The Bill proposes to introduce new provisions into the Companies Act 2006 that would provide for a new procedure similar to a scheme of arrangement to allow struggling companies, or their creditors or members, to propose a new restructuring plan between the company and creditors and members. Each class of creditors will vote on the plan and the plan will require the approval of a minimum of 75% in value in each class of those voting. The new procedure will, however, include the ability of a company to bind classes of creditors and members to the plan even where not all classes have voted in favour of it. Whether or not such a plan is sanctioned will, however, remain a matter for the discretion of the court.

Companies House Filings
Pursuant to the Companies Act 2006, companies are required to make certain timely filings at Companies House. Under the provisions of the Bill the Secretary of State will be given the power to make regulations to extend the deadlines for making certain filings including:

If you have any particular issues concerning corporate governance, administration or reporting during the current COVID-19 crisis, please contact Gary MacDonald, Paul Pignatelli or your regular DWF contact.  Our website also contains a repository of legal insights, blogs and guidance for companies and businesses across sectors and geographies trying to navigate through the current crisis.  New materials are added regularly.  This can be accessed here.

This article has been authored by Gary Macdonald and Graham Tait. 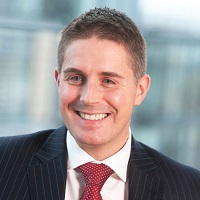