The death of an at-home worker caused by her partner having a psychotic break was ruled to have been work-related and substantially caused by her employment, with her children being awarded a total of $449,850 in dependency compensation.

Steven Leslie Hill and his partner Michel Carroll together ran the financial advisory business 'S L Hill & Associates' from their residential premises. Also living at the home were their two children, one just a few weeks old.

Mr Hill suffered paranoid schizophrenia and had associated delusions about the paternity of their infant child and Ms Carroll's personal and professional activities. On the morning of 16 June 2010, Mr Hill tragically acted upon these delusions, using a hammer to kill Ms Carroll in their bedroom. He was acquitted from his murder charge due to mental illness and lodged a workers' compensation claim in July 2017 with the two sons named as applicants.

For a successful workers' compensation claim in New South Wales, there must be a 'personal injury arising out of or in the course of employment', where 'the employment concerned was a substantial contributing factor to the injury'. [1]

The Workers Compensation Nominal Insurer (on behalf of the de-registered S L Hill & Associates) argued there was no causal relationship between Ms Carroll's employment and the assault. It submitted the risk was caused by Mr Hill's delusions and the couple's personal relationship, Ms Carroll's role being irrelevant because her duties did not include working near a sufferer of schizophrenia.

This submission, however, failed to address the relevance of the circumstances of Mr Hill's delusions and the motivation behind the attack. Several witnesses gave evidence as to the breakdown of the relationship, with the eldest son testifying that he had seen Mr Hill hit Ms Carroll in a previous argument, showing physical altercations were not unforeseeable.

Among beliefs of infidelity, Mr Hill believed his partner was undermining their business and working with AMP and ASIC to spy on him. As his schizophrenia developed, he invested heavily in domestic and cyber security, and in 2009 Mr Hill arranged for his partner to take a lie detector test. In confirming the original determination of the Workers Compensation Commission to award compensation, the New South Wales Court of Appeal noted Ms Carroll's role in the business required her to liaise with AMP, putting her in circumstances worsening her partner's illness and 'playing on [Mr Hill's] mind' leading up to the incident.

The jurisdictional tests to determine whether a person has a compensable injury vary only slightly between New South Wales and Queensland. Instead of a 'substantial' cause, the employment must be 'a significant contributing factor to the injury'. [2]

In the event this tragic scenario was to occur in Queensland, it is likely a dependency claim would therefore be accepted. The key issue being whether a causal link between the injury (in this case, physical violence causing death) and employment can be established.

By virtue of the current working arrangements that Australians now find themselves in, this case has required employers to turn their minds to the impact of domestic violence on their workplaces more generally. Similar to cases of occupational violence (e.g. a nurse being struck by a patient), injuries arising from domestic violence in circumstances where the employee was carrying out their duties from home will be compensable. The causal link with employment in Workers Compensation Nominal Insurer v Hill [2020] NSWCA 54 is strengthened by the evidence that Mr Hill's condition was triggered by Ms Carroll's work duties such that it ultimately resulted in his violent behaviour towards her. However, this does not mean that a successful claim requires such a qualification. As has been well established in previous cases (such as Hargreaves v Telstra Corporation Limited [2011] AATA 417), suffering an injury unrelated to their duties whilst working from home is not a barrier to a compensable claim.

It is always essential for employers to work with their employees to identify hazards in their work environment to eliminate or minimise health and safety risks. This not only includes risks posed by the physical work environment (e.g. ergonomic, electric and fire safety hazards) but also the risk that can posed by a violent individual.

An employer should have in place processes and systems to identify all hazards in the remote workplace. Where the employer has knowledge or suspicion of domestic violence towards an employee, the employer has a duty to control that risk. Failure to do so could expose employers (and Officers of the employer) to prosecution under the Work Health and Safety Act 2011 (Qld).

For advice in respect of protecting against the legal exposure addressed within this article, please contact Damien van Brunschot or Matthew Smith. 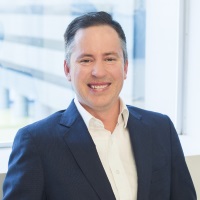