Welcome to the latest edition of DWF's Quarterly Safety Bulletin. In this edition, we examine the latest safety news including recent legislative changes and significant safety decisions across Queensland, Victoria, New South Wales and Tasmania.

Locking down on COVID-19 workplace requirements in Victoria

On 28 July 2020, the new COVID-19 related occupational health and safety regulations were passed in Victoria. These regulations now require employers (and the self employed) in Victoria to notify WorkSafe Victoria when the employer becomes aware of a worker who has symptoms and / or has received a confirmed COVID-19 diagnosis, and has attended the employer's workplace within 14 days' of that individual having symptoms or receiving a positive test result.

Employers who fail to comply with the new regulations face a maximum fine of nearly $200,000 and potential prosecution.

For further information including guidance on face coverings and mandatory testing, please refer to our previous article.

If you would like further updates regarding COVID-19, please visit DWF's information hub for COVID-19 in Australia.

Queensland
Industrial manslaughter in the Queensland mining sector commenced on 1 July 2020, and carries a maximum penalty of 20 years imprisonment for an individual and a fine of $13.345 million for a body corporate (see Mineral and Energy Resources and Other Legislation Amendment Act 2020 (Qld)). This legislation also provides increased employment security for those in safety critical management roles (such as site senior executives, ventilation officers, underground or surface mine managers), by requiring that they must be employees of the operator.

Victoria
The offence of workplace manslaughter commenced on 1 July 2020, and carries a maximum penalty of 25 years imprisonment for an individual and a fine of $16.522 million for a body corporate (see Workplace Safety Legislation Amendment (Workplace Manslaughter and Other Matters) Act 2019 (Vic) and Crimes Amendment (Manslaughter and Related Offences) Act 2020 (Vic)).

The Act also makes it an offence to enter into, provide or benefit from insurance or indemnity arrangements in relation to the payment of penalties for offences under the NSW WHS Act, and makes officers of a body corporate liable for the offence. The NSW Government has to date refused to introduce the offence of industrial manslaughter.

The Work Health and Safety Amendment (Silica) Regulation 2020 (NSW) (the Regulation) prohibits a person conducting a business or undertaking (PCBU) from directing or allowing workers to cut manufactured stone containing crystalline silica with a power tool, unless each worker who may inhale dust is wearing compliant respiratory equipment. The Regulation also requires that at least one of the following control measures must also be in place:

Tasmania
The amended Code of Practice First aid in the workplace has commenced in Tasmania, which, among some technical amendments, requires higher levels of training for some first aid personnel, including:

The two Directors of the defendant, Asadullah Hussaini and Mohammad Ali Jan Karimi, who both pleaded guilty, received individual sentences of ten months imprisonment, wholly suspended for an operational period of 20 months, for the offence of reckless conduct (category 1) under the Qld WHS Act.

Both Directors were sentenced for their serious due diligence failures to ensure the company had in place effective systems for separation of mobile plant and workers on site.

For further information regarding this case, please refer to our previous article.

High Court rules on cross-examination of co-accused during coronial inquest
Helicopter Resources Pty Ltd was engaged by the Commonwealth to transport personnel and cargo to Australian Antarctic Division (AAD) projects. In 2016, a pilot landed on a remote ice shelf to deliver fuel drums, stepped out of his helicopter onto a snow bridge and fell into a crevasse. Although he was rescued after a few hours, he died from hypothermia the next day.

On 19 September 2017, the ACT Coroner commenced a coronial inquest. The evidence before the Coroner included a statement obtained from Helicopter Resources' Chief Pilot, Captain David Lomas. On 20 December 2017, the WHS regulator charged both the Commonwealth and Helicopter Resources under category two of the Work Health and Safety Act 2011 (Cth).

On 31 January 2018, the Commonwealth requested that Captain Lomas be made available for cross-examination at the coronial inquest, regarding topics including Helicopter Resources' relationship with the Commonwealth in relation to responsibilities for risk identification and management.

Helicopter Resources then applied for judicial review, having argued that compelling Captain Lomas to give evidence at the coronial inquest would prejudice it in the WHS proceedings, and undermine the accusatorial nature of the criminal process, by giving the Commonwealth, as co-accused, a forensic advantage in the WHS case, and arming the prosecution with evidence and admissions, attributable to Helicopter Resources pursuant to section 87(1)(b) of the Evidence Act 2011 (ACT).

87 Admissions made with the authority

(1) For the purpose of deciding whether a previous representation made by a person is also taken to be an admission by a party, the court must admit the representation if it is reasonably open to find that—

The High Court outlined that the principal question to be decided was whether section 87(1)(b) of the Evidence Act 2011 (ACT) has the effect that invocation of an investigative power to compel an employee to give evidence about a matter, with respect to which his or her employer stands charged with a criminal offence, amounts to compelling the employer to give evidence contrary to the rule that an accused cannot be required to assist the Crown in proving its case.

The High Court subsequently found that compulsory pre-trial examination was not inconsistent with the accusatorial system of criminal justice in Australia, and did not engage the general rule that an accused cannot be required to assist the Crown in proof of its case, it applying to an accused, not a witness.

Chief Justice Kiefel and Justices Bell, Gageler, Keane, Nettle and Gordon then went on to say that the criminal justice system does not allow an accused employer to prevent statements of an employee from being used as evidence against it, and that it makes no difference that the employee in question may be of central importance to the employer's defence, an accused having no property in a witness.

Mr Hill suffered paranoid schizophrenia and had associated delusions about the paternity of their infant child and Ms Carroll's personal and professional activities. On the morning of 16 June 2010, Mr Hill tragically acted upon these delusions, using a hammer to kill Ms Carroll in their bedroom. He was acquitted from his murder charge due to mental illness and lodged a workers' compensation claim in July 2017 with their two sons named as applicants.

Among beliefs of infidelity, Mr Hill believed his partner was undermining their business and working with AMP and ASIC to spy on him. As his schizophrenia developed, he invested heavily in domestic and cyber security, and in 2009 Mr Hill arranged for his partner to take a lie detector test. In confirming the original determination of the Workers Compensation Commission to award compensation, the New South Wales Court of Appeal noted Ms Carroll's role in the business required her to liaise with AMP, putting her in circumstances worsening her partner's illness and 'playing on [Mr Hill's] mind' leading up to the incident.

For further information regarding this case, please refer to our previous article.

If you require further information or have any queries in relation to this Safety Bulletin, please contact a member of our team. 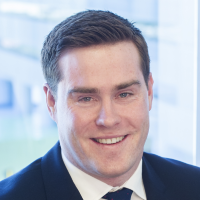