Costs management: can costs limited to court fees under CPR 3.14 be reconsidered?

The High Court has given guidance on the question of whether it is possible for the court to reconsider a costs budget limited to court fees due to the failure to file costs budgets, and whether in the case in question it was appropriate to do so, given that the reason for the request was the adjournment of a trial due to lack of judicial availability. Aoife Murphy considers the implications of the decision in Pasricha v Pasricha (2021).

There was an order that costs budgets be filed 7 days before a CCMC. None of the defendants complied with this direction, and as a result, their costs were limited to the court fees incurred pursuant to CPR 3.14.

The claimant was, in the meantime, obliged to pay a trial fee by 3 January 2020 or else the claim would be struck out. The claimant did not pay the court fee in time but did subsequently pay it and was granted relief in sanctions in respect of the late payment.

The case then proceeded. However, on the day of the trial, there was no judicial availability, and the trial had to be adjourned. The defendant sought to make an application for the costs of the adjournment before a judge who was hearing the interim applications list that day.

Under the circumstances, the judge dealt with the application quickly and decided there should be no order for costs. It appeared that he had done so in large part as he felt that he was precluded from making an order for costs, given that the defendant had been restricted to recovering court fees only under CPR 3.14.

The defendant appealed, and Marcus Smith J had to consider whether the judge had indeed been precluded from making an order for costs, and if he had not, the discretion as to the costs of the adjournment would need reconsideration.

Marcus Smith J looked at the interrelationship between CPR 3.14 and CPR 3.18.

3.14 - Unless the court otherwise orders, any party which fails to file a budget despite being required to do so will be treated as having filed a budget comprising only the applicable court fees.

3.18 - In any case where a costs management order has been made, when assessing costs on the standard basis, the court will –

... (b) not depart from such approved or agreed budgeted costs unless satisfied that there is good reason to do so...

He stated that "it does seem to me that CPR 3.14 is widely drafted in terms of the discretion of the courts to "order otherwise" and that a court can order otherwise even if an application to file a costs budget late has been made and rejected". He concluded, "it seems to me that CPR 3.14 in itself contains an ability in the court to say, "Yes, your costs budget was deemed to be zero but the circumstances have changed; I'm going to order otherwise and regard your costs budget as including" – for the sake of argument, and to take a hypothetical in this case – "the first day's brief fee and I will vary your budget accordingly"."

In relation to CPR 3.18, he saw no reason why it could not apply in a case where a judge is being invited to make an order for costs and is being invited to assess those costs summarily on the standard basis. Therefore on the basis of CPR 3.18 alone, it had been open to the judge to reconsider the approved (3.14) costs, and if satisfied, to depart from them.

"So it seems to me that viewed both in combination and separately, CPR 3.14 and CPR 3.18 do provide an ability in a judge to make a costs order of the sort that was sought by the Appellant in this case and, to the extent that the Judge considered that he was unable to make such an order, I consider that he erred." (para 27)

Turning then to the question of how he should exercise his discretion, and back to the reason behind the adjournment – the lack of judicial availability – Marcus Smith J found that it would be entirely wrong to cause any party to pay the other party's costs in this case. The fault of the trial not going ahead did not lie with either party but simply rested with the court administration.

He therefore came to the same conclusion as the previous judge – that there be no order for costs – albeit by a different route.

The court, may, in the appropriate circumstances depart from a budget and costs management order.

We need to be alive to the facts of the case, if the facts support a departure we may see a court awarding costs outside of the budget.

Once a costs management order has been made this is not the 'end of the road' in terms of the costs process and in some cases is only the beginning.

Contact Aoife Murphy or a member of our Costs team for further information. 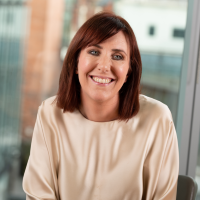