In our monthly e-alert, Pensions Insights, we give you our take on the latest highlights in the world of pensions law and policy.

If you have any queries about any of the issues covered, or you require advice on a pensions related matter, please do not hesitate to contact your usual contact in the pensions team.

The Pensions Ombudsman has partially upheld against a Council participating in the LGPS a complaint of maladministration concerning pension information provided as part of a redundancy exercise.

As part of communications in relation to an exercise during which voluntary redundancies ("VR") were offered it was confirmed to the applicant that anybody opting for VR would be provided with unreduced pension benefits - it being explained that the Council would "meet the cost of the employee contributions up to [her] normal retirement age". In relation to any estimate of pension benefits she may receive the applicant was referred to her most recent annual benefit statement.

The applicant took VR and as she had reached age 55 took immediate payment of her pension benefits. Whilst unreduced for early payment, these benefits were calculated by reference to accrual prior to retirement resulting in an annual pension of £2360.37. The applicant complained that her benefits were not based on what was set out in her annual benefit statement which included a projected pension amount based on assumed accrual to normal retirement date of 67 - which would have provided for an unreduced annual pension of £5,477.65.

TPR has updated relevant guidance with the aim of assisting smaller defined contribution schemes to comply with the requirements which require trustees of schemes with less than £100 million in assets to compare their scheme’s costs, charges and investment returns against three other schemes. They must also carry out a self-assessment of their scheme’s governance and administration in line with seven key metrics.  The outcome must then be reported in the annual chair's statement and to TPR in a scheme return.

A TPR press release concerning the new requirements makes clear its expectation that where trustees fail to demonstrate their scheme offers value, they will be expected to wind up and transfer their members into an alternative scheme (and that if they do not propose to do this, they must explain why and what steps they are taking to ensure their scheme does offer value).

PPF Levy – expected to reduce for 82% of schemes

The PPF have commenced consultation on the 2022/23 levy revealing in its consultation documentation that it expects  82 per cent of schemes that pay a risk-based levy will see a reduction and that the PPF levy methodology will remain unchanged).

Whilst stating it is clear that the full economic impact of the pandemic is yet to unfold (and that from a PPF perspective this means the possibility of significantly higher claims) it is confirmed that the PPF has a strong funding position (meaning that it is able to wait and see what happens to the level of claims, rather than pre-emptively seeking to increase the levy).

The approach proposed is to leave the key levy parameters unchanged from last year which when coupled with (a) improvements to scheme funding, and (b) the resilience of sponsoring employers (demonstrated to date throughout the pandemic), is expected to result in around 82 per cent of schemes seeing a reduction in the levy they are required to pay.

The DWP has now concluded its consultation on the introduction of simpler annual benefit statements finalising the Occupational and Personal Pension Schemes (Disclosure of Information) (Statement of Benefits: Money Purchase Benefits) (Amendment) Regulations 2021 along with the associated statutory guidance and illustrative template.  The changes apply to trustees or managers of defined contribution pension schemes that provide money purchase benefits only and that are used for automatic enrolment.

The simpler annual benefit statement template is divided into 5 sections and the aim is that the information presented should enable the member to easily understand:

To allow the trustees and managers of all schemes in scope sufficient time to adopt the requirements of the new regulatory approach and in order to ensure the accuracy and quality of statements the in force date has been delayed from April 2022 as was initially proposed to 1 October 2022.

Along with the raft of new laws that came into force on 1 October 2021 various additional policies and guidance from TPR have been published and/or are expected to be consulted on in future.

Publication of TPR’s policy on its approach to the two new offences of avoidance of employer debt, and conduct risking accrued scheme benefits follows consultation in which it received 49 responses. Following feedback, the policy now includes a detailed case study illustrating how TPR expects to consider use of its new criminal powers, as well as identifying some common scenarios where it would not usually expect to consider use of these criminal powers.

TPR is expected to launch further consultation on draft policies which intend to explain its approach to:

Response to Consultation on revising Code of Practice 12

TPR has now issued a response as part of its consultation on Code of Practice 12 (in relation to updating to reflect changes to its powers to issue Contribution Notices). In addition to the existing main purpose and material detriment ‘act’ tests for use of those powers, there are now two further alternative ‘act’ tests: the employer insolvency test, and the employer resources test.

Noting that during consultation respondents highlighted a number of suggested improvements, including more practical guidance on how TPR will go about using the new tests and better explanations of the materiality threshold for each of the two new tests, TPR explain that it will consider publishing separate guidance on some aspects (but that what is material will depend on the circumstance of the case, so it would not be practical for it to set out materiality thresholds).

In the response TPR also notes that its guidance on Clearance has been updated. 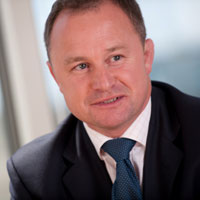 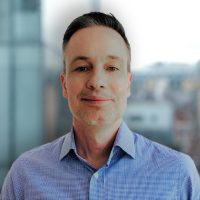 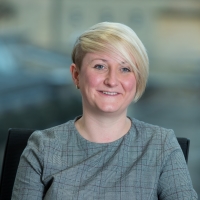