In our monthly update, Pensions Insights, we give you our take on the latest highlights in the world of pensions law and policy. If you have any queries about any of the issues covered, or you require advice on a pensions related matter, please do not hesitate to get in touch with your usual contact.

Upcoming cases in 2021
An appeal to the Court of Appeal of the decision in Britvic Plc v Britvic Pensions Limited (A3/2020/0316) is expected to be heard in May 2021.  This case concerned interpretation of the scheme's rules which the High Court decided meant that the employer could only substitute the rate used for calculating increases with a rate that was higher than would otherwise apply.

An appeal to the Court of Appeal of the decision in Hughes v The Board of the Pension Protection Fund (C1/2020/1342) is also expected to be heard in May 2021.  This case concerned the application of the PPF compensation cap which the High Court determined amounted to unlawful age discrimination. The DWP is responsible for the cap’s level and the legislation governing it and at the time the appeal was lodged the PPF confirmed that it would continue to apply the cap according to the current levels set by DWP.

PLSA strengthens stewardship and voting guidelines in relation to investments to reflect pandemic and new climate regulations
The Stewardship and Voting Guidelines 2021 provide practical guidance for schemes considering how to exercise their vote at annual general meetings. Having undertaken a substantial review of the guidelines in 2020, the PLSA has this year focused on ensuring the guidelines remain relevant amid the challenges posed by Covid-19 and a fast moving regulatory environment and have made changes relating to:

Qualifying Earnings on the up whilst budget confirms Lifetime Allowance to Freeze
The DWP has published details of the auto-enrolment earnings trigger and qualifying earnings band to apply in the tax year 2021/22 as follows:

Since the 2015 budget the standard lifetime allowance has increased in line with the Consumer Prices Index, however the most recent budget announced that with effect from 6 April 2021 this increase will be removed so the limit will be frozen for the tax year 2021 to 2022 through to 2025 to 2026. 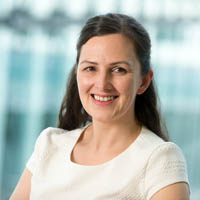