In this article our Head of Global Entity Management, Jordan Owen, reviews the topic of diversity in the boardroom. Read more about the strides made by many countries and how we can advise boards and directors to increase representation of wider groups of society.

The topic of diversity in the boardroom has been under increasing scrutiny over the years as it is seen to be an important factor in creating a sustainable and successful company. With the question of what makes a diverse board, there have been a variety of initiatives across the globe to increase the representation of wider groups of society at board level for listed companies. While great strides have been made by many countries in relation to gender diversity, is action being taken to expand the diversity of boards beyond this first target?

UK:
The UK is a key case study on the investment to increase female board appointments across the top FTSE companies. Initially starting with the Davies Report, 10 years ago, and developing to the Hampton Alexander Review, which published its last report in February 2021, the FTSE managed to reach the target of women holding 33% of FTSE 100 and 250 board positions. Through a voluntary target, regular reporting and a performance index, one of the largest listed groups in the world met their target, but it took 10 years of effort focused on this single area of diversity.

Norway:
In comparison Norway introduced a quota for 40% of board seats of listed companies to be held by women. While, a smaller listed group, this was achieved within a five year period. Similar quotas have been introduced in other European countries, with similar success.

UAE:
More recently, we can see that when considering diversity, gender is still the biggest target for many countries. The United Arab Emirates introduced a target of one female board member for their Public Joint Stock Companies listed on the Abu Dhabi Securities Exchange and Dubai Financial Market, in April 2021. Interestingly this replaced a previous 'comply or explain' policy to have 20% female representation on boards which appears to have not made the progress intended in increasing gender diversity.

Hong Kong:
In a new consultation for 2021, Hong Kong is inviting comment on their recommendations on gender diversity to help the growth of female representation. Given only 12.7% of directorships on listed companies were held by women in 2020, should the consultation be approved and laws enacted, it may help to make progress and remove the nearly third of listed companies currently with all male boards.

While gender has been a priority to date and the gender initiatives discussed may be helping increase female directorships, this is just one aspect of creating a diverse board. There are countries that are looking to tackle multiple areas of diversity at the same time.

UK:
Reverting to the UK, and taking a similar focused approach to the Hampton-Alexander Review, the Parker Review focuses on the ethnic diversity of FTSE boards. The first report in 2017 established a target of one directorship for each FTSE 100 company to be filled by an individual from an ethnic minority by 2021, known as 'one by 2021' (and now the FTSE 250 is working to the same target for 2024). Again this is a voluntary target, with no legal quota to fill, but some progress has been made with the latest report revealing 74 of the FTSE 100 had met the target by November 2020.

Canada:
Canada has also partially looked at ethnic diversity on boards, as part of wider diversity reporting. Corporations Canada published the first annual review of its 'Diversity of Boards of Directors and Senior Management of Federal Distributing Companies' in April 2021. Canada has implemented a 'comply or explain' approach for distributing corporations to disclose data on key areas of diversity at board level in their proxy filings.

The disclosure is required to cover four key areas of diversity representation:

Furthermore, the legislation requires the implementation of company policies on the identification and nominations for members of these groups for director appointments.

The report consolidated the data submitted in the proxy forms, and also gave useful comparisons to the percentage of the Canadian population available to work in these groups as well. Examples of the report include:

Having four key groups to report on widens the focus for diversity to encourage more groups to be represented at board level. However, with no set targets it will be interesting to see if the mere need to report increases the percentage of representation.

U.S:
The US Securities and Exchange Commission (SEC) is also considering a proposal from NASDAQ, which would be similar to Canada in requiring companies listed on the NASDAQ to disclose diversity statistics for their boards. Further, it would introduce a 'comply or explain' target for each board to have at least two diverse directors, one being a female director and one as an individual that self identifies as an underrepresented minority or LGBTQ+. This would then combine the reporting mechanism and targeting to increase diversity at board level across a number of areas. It is not clear whether the SEC will approve this proposal and take it forward.

Other areas of focus for diversity reporting

While the above are encouraging examples of looking beyond gender for diversity at board level, it also reflects one of the issues in looking at diversity, what areas should be focused on? Both the US and Canada have picked different areas to report on/target. The UK has specifically progressed to ethnic diversity for a formal review process, but other areas are not receiving the same attention. However, in the UK diversity reporting is a focus, with the Financial Reporting Council issuing the Board Diversity Reporting review in 2018 and further promoting a wide range of diversity at board and senior management level within the UK Corporate Governance Code 2018, encouraging diversity policies and reporting.

There are a number of areas that have yet to be reviewed in great detail regarding representation at board level, and without the data it will be difficult to consider targets.

Socio-economic background could be a key area to consider whether the board has true diversity. Although perhaps more challenging to collate as it could cover several areas, it is one that likely would benefit diversity of thought at board level, when individuals bring their personal experience to the table. Initiatives like an Employee Representative on the board could help to introduce this type of diversity as they may be reaching board level through less traditional methods.

Although the NASDAQ recommendation includes capturing data on representation of LGBTQ+ individuals, it is another area that has less specific targeting regarding diversity at board level. This can be a sensitive piece of data and companies would need to encourage individuals to feel confident and comfortable in sharing this information, to then have reliable data for reporting.

Age is another interesting area to consider, while currently it seems to not be a priority it may come into focus in the future.  For example, if companies are supposed to reflect their key stakeholders, such as employees and customers, those that have a younger demographic may need to consider how to reflect this at board level.

Overall, the question comes back to: What makes a diverse board?

Representation of one group, such as gender, will not create a diverse board. With gender making positive steps, and it appears potentially ethnicity being the next priority focus, perhaps we will see other groups receiving the attention and encouragement to increase representation. Diversity means covering a range of sections of society, and perhaps a holistic approach to diversity initiatives is key to embrace the range of views to contribute to board decisions and actions.

If you need advice on creating an inclusive and diverse workforce, or require further information on the topic of this article, please contact Jordan Owen. 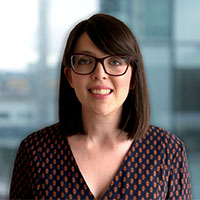