On 6 May 2021, the Sejm received a draft bill amending the Act of March 2, 2020 on specific solutions related to the prevention, counteraction and eradication of COVID-19, other infectious diseases and crisis situations caused by them ("Anti-Crisis Shield").

The content of the draft bill in the wording proposed by the Council of Ministers provides, inter alia, for the repeal of controversial Article 15ze of the Anti-Crisis Shield. Would the amendment in this form constitute a successful attempt to regulate the relations of tenants of premises in shopping centres with landlords?

Pursuant to the currently applicable wording of Article 15ze of the Anti-Crisis Shield, during the period of the ban on conducting activities in commercial facilities with an area exceeding 2000 square metres, mutual obligations of the parties to a lease, tenancy or other similar agreement, under which commercial space is made available for use, shall expire.

In order for the mutual obligations of tenant and landlord to be permanently and effectively expired, the tenant must, within 3 months of the lifting of the operating ban, make an unconditional offer to extend the legal relationship - under the terms and conditions of the existing lease - by the duration of the operating ban in force, extended by 6 months. If this offer is not made within the aforementioned period, the agreement shall be considered as unexpired. This means, among other things, that the tenant shall be obligated to pay rent and other charges for the entire period of the ban on conducting business in the shopping centre.

The draft amendment envisages the repeal of Article 15ze of the Anti-Crisis Shield and the introduction of Article 15ze(1P, which would regulate the relations of tenants and landlords in shopping centres differently than before in the event of future, potential lockdowns, which still cannot be excluded.

In both cases described above, each party will be entitled to request the court to assess whether the amount of the statutory reduction is actually justified. The intention of the legislator is therefore to link the proposed regulation with the provisions of the Civil Code concerning an extraordinary change in relations (rebus sic stantibus), which, according to the justification of the draft, is to ensure a balance between the parties, on the principles analogous to those provided for in Article 357(1) of the Civil Code. If Article 15ze(1), section 2, in the wording proposed in the draft bill enters into force, the court, at the request of the interested party, after consideration of the interests of the parties and in accordance with the principles of social interaction, would be authorised to decrease the reduction rate of the tenants' payments, change the way such payments are made, or change the period in which such payments are due to the entity making the space available.

Tenants are to decide whether the law will apply retroactively

The amendment would come into force 21 days after its announcement. Pursuant to the proposed transitional provisions, persons entitled to use the commercial space who have so far made an unconditional offer under Article 15ze, section 2 of the Anti-Crisis Shield to extend the term of the lease, tenancy agreement or another similar agreement concerning commercial space, will be able, within 14 days of the date of entry into force of the amendment, to submit a declaration of intent to withdraw such offer. Such declaration will be effective from the date of its submission. If the entitled party (tenant) fails to submit an appropriate declaration on withdrawal of the offer, according to the draft, the offer will be binding for the period referred to in Article 15ze section 2 of the Anti-Crisis Shield in the current wording. However, given the fact that this provision does not stipulate any period of validity of the offer, it should be presumed that in such situation the current provisions of Article 15ze, section 2 shall still apply. Regardless of the outcome of the draft under discussion, the final shape of the new regulations and their substantive assessment, it already seems that the draft is not free from defects which need to be corrected in the course of further legislative works.

It should also be emphasised that the provisions of the proposed Article 15ze(1) would only apply to agreements concluded before 14 March 2020. Therefore, it will not be possible to withdraw declarations made pursuant to Article 15ze, section 2 of the Anti-Crisis Shield if the agreement was concluded after that date. In our view, the tenant's ability to exercise the option proposed in the draft to withdraw the offer may prove to be very limited in practice and probably only applies to offers made after the last lockdown.

The need for change

The main purpose of the proposed solutions, as indicated by the legislator in the justification to the draft amendment, is to ensure the possibility to conduct business activity in conditions that existed before the outbreak of the pandemic and to adapt the rules provided for in the hitherto binding Article 15ze of the Anti-Crisis Shield to dynamically changing circumstances.

Nevertheless, the first reactions on the market make it difficult to resist the impression that the proposed changes may fail to meet expectations, only deepening antagonism between the parties.

While waiting for the final form of the amendment, we can only hope that it will not lead to even greater chaos in relations between landlords and tenants of commercial space.

Please do not hesitate to contact us if you have any questions or concerns. Our experts from the Real Estate Department will be delighted to answer your questions. 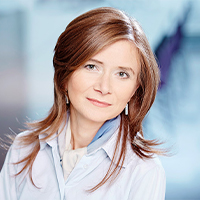 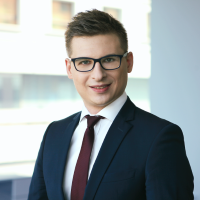