In a recent High Court decision, David Pittaway QC dismissed a claim by a pedestrian who sustained multiple injuries when he stepped off a central refuge into the road and was struck by a car.  Sarah Mir reviews the judgment which considers the issues of causative potency and contributory negligence.

The accident circumstances were relatively straightforward. The accident took place at 4:37pm on Saturday, 26 November 2016. It was dark, and sunset was at 4:02pm. The claimant pedestrian, dressed in dark clothing, was walking across a staggered toucan crossing in Bicester. The toucan was controlled by automated traffic lights.

A witness, who was travelling in the opposite direction, saw the claimant cross the carriageway, whilst looking down. She said, “…he just walked out in front of [the defendant’s] car”. The claimant was thrown in the air before striking the nearside windscreen. He sustained a head injury and had no memory of the accident.

The police did not prosecute the defendant.

It was accepted that the claimant was not paying attention as he stepped out onto the carriageway and that he was contributorily negligent. The key issues to determine at trial were:


Was the defendant driving at an excessive speed?

The road is governed by a 50mph speed limit.

Immediately after the accident, the defendant told the police he was travelling at 45 to 50mph. Counsel for the claimant placed great reliance on that account.

The judge warned that caution should be applied to the defendant’s account to the police immediately after the accident because he was understandably very shocked and thought the claimant had died.

After hearing expert evidence on the issue, the judge came to the view that prior to braking, the defendant was travelling between 39 and 41mph and at the point of impact, between 28 to 31mph.

He went on to say that a speed of 39 to 41mph as he approached the pedestrian crossing was not excessive given the particular circumstances of the road. It was not in the middle of a residential area nor surrounded by houses, shops or schools. It was, in effect, a ring road.

Was the defendant paying sufficient attention?

The judge found that the defendant was paying attention to the pedestrian crossing because he eased his foot off the accelerator as he approached the crossing.

Additionally, the claimant’s dark clothing would have formed a silhouette which was unlikely to have been observed by the defendant.

Even if the defendant had seen the claimant on the central refuge, he would not have reasonably anticipated that the adult claimant was going to ignore the pedestrian crossing traffic lights and step into the road without looking.

Was the claimant to blame?

The judge was satisfied that responsibility for the accident was that of the adult claimant.

He did not use the automated traffic lights.

He stepped off the central refuge into the road with his head down.

Ultimately, the claimant took a risk when he walked into the road without looking.

The judgment of David Pittaway QC is helpful as it steers away from the tendency to assume fault upon a motorist when a pedestrian is involved.

When considering liability in such claims, parties are mindful of Latham LJ’s description of a car as being “…potentially a dangerous weapon” (in Lunt v Khelifa [2002] EWCA Civ 801), particularly in the context of causative potency arguments. Of course, that should not be misconstrued beyond a motorist’s duty to take reasonable care. For the avoidance of doubt, a motorist does not have a duty to guarantee the safety of a potential claimant.

The assessment of speed should always be considered alongside the particular circumstances of the road – if the accident had taken place in the middle of a built-up residential area, the outcome may have been different, as would the speed limit governing the road.

When looking at evidence, contemporaneous accounts can be persuasive particularly if they provide a safer repository of reliable facts given the fallibility of the human memory over time. In this case however, it was recognised that the defendant’s account to the police, which was given at the accident scene, should be treated with caution not least because the defendant was very shocked and thought the claimant had died.

The evidence of witnesses, both lay and expert, and the manner in which they give such evidence is hugely important at trial. They play a key part. In this case, the defendant clearly impressed the trial judge. He was described as "…a careful and thoughtful witness who was not prepared to overstate his case or as he said have words put in his mouth." 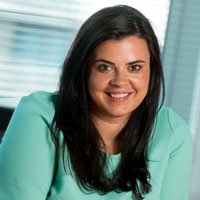