This article delves into The Industry Safety Steering Group's (ISSG) third annual report and explores what it means for the construction industry in light of the post-Grenfell safety agenda.

The legislative response has been the proposed introduction of more assessment / checking via the building safety regulator, however in contrast it is of interest to now read some of the extracts from this update:

“We still cannot report a critical mass or groundswell of action across industry to suggest there is significant momentum on culture change.”

“We still see an industry that, at best, is in compliance mode rather than a leadership mode,”

“It would be an unacceptable failure of industry if the culture, which only it can change from within, remained the same and it continued to be solely reliant on regulations or assessors to ‘catch them out’ or highlight grave errors, rather than embedding building safety as an essential and intrinsic part of the entire process.

Not only does the ISSG now appear to be realising a 'stick and stick' approach is not an appropriate strategy, it is critical of the construction industry for not filling in the ISSG's gaps.

The ISSG appears to have an expectation of the industry, prior to both the outcome of the Grenfell enquiry and the agreement final building safety bill legislation, to deliver all the answers.

It is a well-known fact that culture beats strategy / regulations hands down.

Easy to criticise with hindsight?

The positive is that a realisation by the ISSG that engagement is required with the industry to look at how the culture of providing a safe built environment is incentivised and achieved.

However it may be too late to change the un-collaborative / punitive proposed legislation.

If you require any further information, please contact Ian Cooper and find out more about Adjusting. 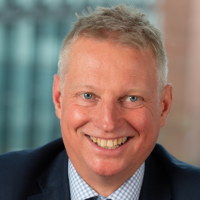 Director and Head of Adjusting UK