Challenges ahead for State aid to airports and airlines

A perfect storm is developing in the aviation sector with Ryanair's CEO Michael O'Leary pledging to use State aid law to challenge many of the rescue measures provided to rival carriers in the wake of the COVID-19 pandemic.  In this article we explore the likely impact of such litigation and look at recent State aid approvals relating to airlines and airports.

The COVID-19 pandemic has devastated many sectors, but few so dramatically as aviation. The sector has an intrinsically high cost base and has suffered an almost total interruption to services, which is likely to continue for many months.

UK Government position on public funding for airlines and airports

In the UK, there have been calls for a Government package to support airlines and airports. However the Government's current position, articulated in a letter sent in March to airline and airport executives by the Chancellor of the Exchequer is that the Government will not offer a sector wide rescue package. Instead it will offer “bespoke support” after all other options have been exhausted and a robust justification can be provided.

That said, there have been interventions. EasyJet has informed investors that it has secured a £600 million loan from the UK Treasury and Bank of England's Covid Corporate Finance Facility and Virgin Atlantic has reportedly asked the UK Government for up to £500 million in commercial loans for which discussions are reportedly ongoing, further to the announcement of 3,150 job cuts on 5 May.

Many environmental groups have urged the UK and the EU Member States to use the opportunity to impose climate crisis related restrictions and conditions to any state funding granted to companies struggling in the aviation sector. John Vandesquille, Travel & Tourism Analyst at GlobalData, has said that "all governments have emission reduction objectives and now is the ideal time to force airlines to be more environmentally-friendly as they possess very little leverage at the moment." Lawyers acting on behalf of climate change charity 'Possible' have warned of a legal challenge if the Government offered unconditional support to airlines, on the basis that lack of carbon-cutting conditions could be in breach of domestic targets and international commitments.

One of the advantages of negotiating individual deals as opposed to industry-wide rescue packages is that environmental conditions can be imposed on a case by case basis. For example, the European Commission has approved France's application for €7 billion in liquidity support to Air France consisting of (i) a state backed guarantee on loans, and (ii) a subordinated shareholder loan by the state. Air France has reportedly been given numerous conditions on the funding, including a promise not to compete with the French high-speed train service on journeys under 2.5 hours.

In addition, the French government has said that it set “ecological commitments” including a 50% reduction in carbon emissions on domestic flights by 2024, and investing in more fuel-efficient planes. However, campaigners claim that the conditions do not go far enough, with Andrew Murphy, aviation policy officer at European NGO Transport & Environment calling for more binding commitments and a carbon tax to be imposed on purchases of fossil fuels.

The European Commission approved the state backed guarantee element of the Air France support under its State aid Temporary Framework adopted on 19 March 2020, as amended on 3 April 2020.

Although the Air France subordinated shareholder loan was approved directly based on Article 107(3)(b) of the Treaty on the Functioning of the European Union (TFEU) which enables compensation in order to remedy a serious disturbance in the economy of a Member State, the ability to provide such support, in addition to new provisions on recapitalisations, has now been included in a second amendment to the Temporary Framework.

The provisions on subordinated debts and, perhaps more importantly recapitalisations, can be used for airports and airlines.  This provides useful cover for public bodies looking to support such organisations, although to make use of the Temporary Framework options, a notification must be made to the European Commission.

The European Commission's approval of the Air France support is the latest in a number of state aid measures which have been approved in light of the travel restrictions introduced by governments in order to limit the spread of COVID-19. For example, on 27 April 2020, the Commission found a State-guaranteed €550 million public loan in favour of German charter airline Condor to be in line with EU State aid rules. The measure aims at mitigating the airline's losses suffered due to the cancellation or re-scheduling of flights.

The Commission assessed the measure under Article 107(2)(b) TFEU, which enables the Commission to approve State aid measures granted by Member States to compensate specific companies or specific sectors (in the form of schemes) for damage directly caused by exceptional occurrences.

The news comes as other European airlines continue to seek state aid, with Air France-KLM's talks of another €2-€4 billion ongoing with the Dutch government. Elsewhere, Lufthansa is reportedly appealing for €10 billion from the German government and on 15 April 2020, the European Commission approved a Danish State guarantee of up to approximately €137 million on a revolving credit facility in favor of Scandinavian airline SAS.

As well as airlines, airports are also suffering heavy losses as a consequence of the travel restrictions imposed by governments in response to the COVID-19 outbreak. For example, for the month of April, Heathrow Airport is expecting passenger numbers to have dropped by 97 per cent.

Some European countries have notified aid schemes to address the difficulties airports are facing. For example, on 11 April 2020, the European Commission approved a Belgian scheme deferring the payment by Walloon airports of concession fees to mitigate the economic impact of the COVID-19 outbreak. The scheme was approved under the Temporary Framework.
On 12 May 2020, the European Commission announced the approval of €18.2m operating aid to Saarbrücken Airport, a small regional airport operated by the publicly-owned company Flug-Hafen-Saarland. The measure was found to fulfil the requirements of the rules on operating aid for small airports set out in the Guidelines on state aid to airports and airlines.

Until the second amendment to the COVID-19 Temporary Framework, support for all but the smallest airports and airlines almost always had to be designed on a no aid basis or be the subject of an individual notification.

The EU's Rescue and Restructuring Guidelines offer a basis for intervention in a business that is in difficulty, if supported by a suitable restructuring plan (N B. this was how multiple banking sector interventions were approved during the financial crisis of more than a decade ago).

New interventions could also be positioned under a notification submitted on the basis of Article 107(2)(b) TFEU (making good damage caused by natural disasters or exceptional occurrences), as was the case with the Condor loan. This would sidestep the "one time, last time" principle in rescue and restructuring aid, a rule which would bar some airlines that have received state aid under such guidelines before.

Another option would be notification under Article 107(3)(b) TFEU, as the Air France deal demonstrates that the Commission is considering present circumstances in France "a serious disturbance in the economy".

Challenges on the horizon

Ryanair CEO Michael O'Leary has complained of what he terms State "doping" of flag carriers. In particular, O'Leary believes that the measures will distort the competitive landscape for years to come, allowing firms to rely on "huge state aid war chests" to discount prices and sell below costs. Ryanair has said it intends to challenge numerous state aid awards in the European Courts “to protect fair competition” in the market. O'Leary said in a letter to the Competition Commissioner on 9 April that certain state aid measures are discriminatory against airlines that don’t have a licence in those countries, arguing that aid should be available to all EU airlines "in proportion to their share of traffic in a particular country".

On 2 May 2020, it was reported that Ryanair had lodged an appeal at the EU’s General Court against a Swedish €455 million loan guarantee scheme for airlines which was approved by the European Commission under the Temporary Framework on 11 April. Ryanair has argued that the scheme is discriminatory as it is only open to airlines with an aviation license issued in Sweden, and is asking for the scheme to be annulled.

On 12 May 2020, O'Leary went further pledging to use State aid law to overturn multiple awards of State aid, pledging that "by the end of the summer, Ryanair would have filed between 10 and 15 cases with the Court of Justice".  At this time Ryanair's focus appears to be Court challenges on new awards of aid during the COVID-19 pandemic, which must be taken shortly after decisions are published.  Ryanair has a long history of dealing with such matters but cognisant of this it is to be expected that the European Commission will be considering its aviation approvals very carefully indeed to proof them against successful litigation challenges.

The presence of a complainant with an interest in State aid law and a willingness to litigate always concentrates the risk on a proposed funding measure.  That the aviation sector is one of the more high risk in terms of State aid scrutiny and challenge is nothing new.  However the challenges faced from the current pandemic most certainly are new and therefore it is to be expected that governments will look very carefully at support measures for national airlines in particular which will undoubtedly be highly politicised cases.  With the dangers of getting this wrong acknowledged, the case law shows that there are ways and means to provide State assistance compliantly to both airports and airlines, and the new Temporary Framework and its second amendment especially provide additional means to address this.  However it is clear that extreme care and very careful planning and securing of the evidence trail and suitable approvals (where relevant) is required.


DWF Law LLP has the largest State aid law team in UK private practice and is able to draw upon market leading experts in our UK, Brussels and other international offices.  Our experience in this area includes working within the European Commission, Central Government, Local Government and with private sector bodies receiving funds. Therefore, we are on hand if it would be useful to discuss the issues raised in this Article or any other element of State aid law. 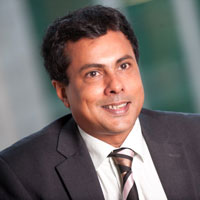