The Government has published its environmental strategy called "Build Back Greener" outlining bold plans to support the UK economy to transition to a green and sustainable future, just days before it hosts the 2021 United Nations Climate Change Conference in Glasgow.  In this article we consider some of the main points within the Net Zero Strategy, including how it could help position the UK as a leading economy in the Green Industrial Revolution.

The Government has published its long awaited Net Zero Strategy: Build Back Greener which sets out how the UK will deliver upon its ambitious commitment to reach 'net zero' emissions by 2050.

At the forefront of the announcement is a significant package of public funding designed to accelerate the UK's 'Green Industrial Revolution' including:

Changes to the decision making process

The announcement has been accompanied by the Heat and Buildings strategy which details plans to decarbonise the UK's 30m homes and workplaces.  This includes the announcement of £3.9 billion of new funding for decarbonising heat and buildings, including the 3-year Boiler Upgrade Scheme. The strategy anticipates the heat and buildings decarbonisation process will create c. 240,000 skilled green jobs by 2035, thereby supporting levelling up and the UK's economic recovery.

Observations on the Net Zero Strategy

As we have previously covered, the Government has put subsidies at the heart of its environmental plans, but the new Strategy goes further than anticipated to position the UK so it can both meet its 2050 target and be at the forefront of the Green Industrial Revolution.

"The UK is making a serious statement to other governments ahead of the United Nations Climate Change Conference, utilising all the levers of Government to put the UK right at the front of Green Industrial Revolution.  The five environmental principles of policy making and the announcement that environmental considerations will be incorporated into the UK's £292bn procurement spend are sensible and pragmatic ideas.  What really catches the eye however is the programme of public spending and we wonder whether the Government will now also seek to amend the Subsidy Control Bill so it also complements the Net Zero agenda?"

"The Government's announcement of the Net Zero Strategy: Build Back Greener and the Heat and Buildings Strategy is further proof that the UK making a clear and concerted effort to drive innovation and technological advancement to meet our collective and legally binding commitment to attain a net zero carbon position by 2050. What is heartening is that these strategies will further energise and incentivise public bodies, private organisations and funders to take meaningful and positive steps in creating, developing and investing in low and zero carbon projects. We are already seeing a marked up take of such projects; whether in energy generation, carbon capture use and storage and the further advancement of low or no emissions vehicles and associated charging/refuelling infrastructure. Our clients are actively engaged in this space and seemingly will be given even greater reason to continue to do so."

DWF Law LLP has exceptional experience in public funding issues, including the Subsidy Control rules and advising on major public procurement projects. Members of our Public Sector team have expertise and experience developed from working within Central Government, Local Government, the European Commission and alongside international companies securing public funding. As a result, we are a 'safe pair of hands' when it comes to awarding and receiving public funding. Please free to get in touch, if it would be useful to discuss any of the issues raised in this article or other matters related to public funding. 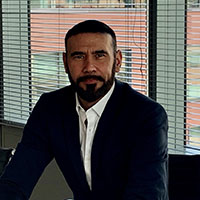 Our tax experts take a look at the proposed reforms to the alcohol duty system in the UK and what this may mean for your business.

We now have more details on the proposed regime for the Government's latest tax. We look here at what it means for the public sector.

At the annual Airmic conference last month we carried out a survey of delegates to better understand the challenges facing insurance leaders working in corporate businesses.