In this article, we provide a high level overview of the key changes to the Competition and Merger Control laws, including the enhanced enforcement powers of the UK Competition and Markets Authority (CMA) and amendments to the jurisdictional thresholds for its intervention.

On 20 April 2022, the Department for Business, Energy and Industrial Strategy (BEIS) published the UK Government's response to the Reforming Competition and Consumer Policy consultation.

Published in July 2021, the consultation emphasised the role of "healthy competition in boosting enterprise, innovation, productivity, and growth" and contributing to a "thriving free market economy". The UK Government consulted a variety of stakeholders, including trading standards, local authority interests, businesses and trade associations. The end result is a series of long-awaited reforms to the competition policy to make it more agile and robust. Reforms to the consumer law regime are also contained in the UK Government's response, but this is beyond the scope of this article.

Merger control is an important tenet of competition regulation and the UK Government consulted on a wide range of reforms to rebalance the system, including the development of an enhanced 'fast track' merger route.

Responses gathered as part of the consultation have informed the following adjustments to the CMA's jurisdictional thresholds:

This new threshold proposal also includes a UK nexus criterion to ensure that only mergers that have an appropriate link to the UK are captured; and

These reforms are designed to ensure that it is easier for small and micro enterprises to "grow and expand" and that "Competition Law continues to protect dynamic and innovative markets, to the benefit of UK businesses and consumers alike".

In a bid to make the merger control investigations quicker and more efficient, the reforms that the UK Government intends to take forward include:

Section 2, Chapter I of the Competition Act 1998 (the CA) prohibits anticompetitive agreements between undertakings which could affect trade within the UK or have as their object, or effect the prevention, restriction or distortion of competition within the UK (section 2(1)). Section 18, Chapter II of the CA restricts any conduct by undertakings which constitutes the abuse of a dominant position in the market if it might affect trade in the UK.

The UK Government is seeking to demonstrate its commitment to clamping down on illegal anticompetitive conduct by:

These proposals are intended to reinforce the CMA's ability to promote competition whilst remedying (and thereby preventing) more harm earlier in the process. The reforms that the UK Government has confirmed are being progressed include:

Enabling the CMA to impose:

The Government is now assessing how to implement these numerous policy reforms, many of which will require changes to legislation.

Reforms to competition law, along with broader proposals to change consumer laws, featured in the Queen's Speech, delivered 10 May 2022. The policy reforms clearly have the ability to change the landscape of the UK's competition laws and represent a strengthening of the competition rules post-Brexit; evidenced by the encouragement of more information sharing and cooperation between the UK and overseas national authorities.

Although it is unclear when the reforms are likely to be implemented, it is key that businesses consider the forthcoming changes. Our Competition Team is closely monitoring these reforms and we have the expertise to advise you accordingly and to assess how these proposals might impact your business. Please get in touch to explore how we can assist you. 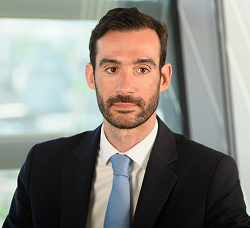