Loss of Registration: Getting to the Fact of the Matter

Businesses operating in many industries are required to hold registrations or licences in order to operate and many commercial insurance policies incorporate Loss of Registration or Loss of Licence cover.  The most obvious example is that of pubs requiring liquor licences to serve alcohol but other frequently seen cases are care homes and other healthcare providers requiring Care Quality Commission (CQC) authorisation and schools and nurseries being overseen by Ofsted.

The first thing to note is that the factual scenarios that lead to a loss of licence are often complicated. Whether this is a one-off event, such as a pub brawl, or a history of underperformance at a care home or nursery, there will usually have been multiple investigations by different parties (Police, the local authority, licensing authorities) before insurers conduct their own assessment.  It is often difficult to obtain relevant information from the other investigating parties, meaning there is a reliance on policyholders compiling and providing the information themselves.

Somewhat surprisingly, many policyholders are also unaware that they have the benefit of the cover or what it entails, so notification issues are common.  Typically a policy will cover the costs of an appeal against a licensing authority's decision if there are reasonable prospects of success but policyholders have often already instructed their own solicitors and taken steps to appeal the decision before they make a policy claim.  Insurers/panel solicitors then have to make retrospective decisions as to whether their position has been prejudiced by the policyholder's prior conduct in appealing the decision and whether there are in fact reasonable prospects of success.

The above supposes that the particular loss of registration itself is actually covered under the policy, another area which can be complex to decipher.  Sometimes businesses are only prevented from carrying out specific regulated activities or are forced to close one site, but their registration as a whole remains valid; does the specific policy wording class this as a loss of registration?  Some policies only provide indemnity if a licence is suspended but not entirely revoked.  Others do the complete opposite.  It is also common that Loss of Registration cover will apply to one of the above, for example complete revocation of a licence, but another part of the policy (often Legal Expenses cover, which may be arranged by a different provider) will engage in respect of suspension and the appeal costs relating to that.  There may then be negotiation between insurance providers as to which party is picking up which costs.

Understandably, even if cover is provided in principle there are valid exclusions to this.  Whilst these are varied, most operate along the lines of whether the policyholder has caused the loss itself or whether the circumstances were beyond its control.  This can be very difficult to assess and usually turns on the factual evidence available, which, as discussed above, is often hard to fully access.  Was the bar fight that caused a suspension, for example, due to a wayward patron or poor management of the situation by the proprietor?  Did the child that was left unsupervised for a short period attend the nursery with an existing injury?

If there appears to have been a valid loss of registration incident, the value of the claim can also be contentious.  Whilst most policies provide for appeal costs and loss of revenue during the suspension period, some also account for depreciation of the value of the business and premises, if these are required to be sold because of registration issues.  Assessing whether the sale was a necessary step and the appropriate loss of value are additional complications and can also turn a moderate sized policy claim into a significant outlay.

As can be seen, there are multiple areas of potential difficulties with such claims and we would encourage insurers to make early contact with panel solicitors to try to achieve the best outcome.  Policyholders have often endured lengthy periods without income and have understandably become impatient with the process by the time we initially investigate.  As set out above, however, it is key to engage with them as soon as possible to get the best understanding of the factual position.

DWF advise on all aspects of policy coverage, including loss of registration issues, as well as advising on licence appeals for policyholders.  If you would like further information please contact one of our experts below. 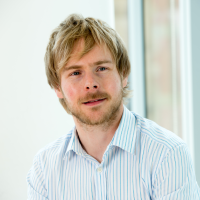