Delays in Joinder of Third Parties in Professional Negligence Proceedings

A party who wishes to make a claim for contribution against a third party is obliged to comply with Section 27(1)(b) of the Civil Liability Act 1961. This requires the service of a third party notice "as soon as is reasonably possible". In addition, Order 16, r. 1(3) of the Rules of the Superior Courts provides for a period of 28 days for the making of an application for leave to issue a third party notice.

While a court is unlikely to aside a third party notice for a failure to comply with Order 16, a delay in bringing an application will be measured by reference to this timeframe.

A court will look at the facts of each particular case when deciding whether a third party notice was served as soon as is reasonably possible.

In assessing whether a third party notice was served as soon as reasonably possible the courts will look at, "…the whole circumstances of the case and its general progress must be considered" (Denham J., Connolly v Casey [2000] 1 IR 345).

A delay of 3 and a half years between the delivery of a statement of claim and joinder of a third party was deemed to be unreasonable and justified the setting aside of a third party notice in the case of Dillon v MacGabhann (unrep) High Court (Morris J) 24 July 1995.

It has been held by Murphy J. in Molloy v Dublin Corporation [2001] 4IR 52 that the defendant was in a position to make a "prudent and responsible decision" to join a third party at an earlier stage and they failed to do so. The court set aside the third party notice.

A delay in serving a third party notice can be explained by a need to obtain replies to particulars. The Supreme Court held in Connolly v Casey [2000] 1 I.R. 345 that if replies were relevant to the third party claim, then it is reasonable to await them. As explained by Hogan J. in Buchanan v BHK Credit Union Ltd & Ors [2013] IEHC 439, "…a defendant in this position is normally at least entitled to clarify the scope of the case against him by means of raising a notice for particulars and to await the replies before finally deciding on a strategy".

In Robins v Coleman & Others [2010] 2 I.R. 180, a builder and architect delayed at least 18 months before joining the engineer as a third party. The court took into account the number of parties involved, the complexity of the proceedings, the protracted nature of the main action and the fact that the claim involved allegations of processional negligence. In addition, the court noted that evidence of prejudice is a factor a court will consider when a party seeks to set aside a third party notice. In this case no prejudice was caused by the delay in joinder. The court was satisfied the third party notice should not be set aside.

The High Court held in the decision of Buchanan v BHK Credit Union Ltd & Ors [2013] IEHC 439 that a delay of 14 months from receiving replies to particulars to serving a third party notice was justified. The court refused to strike out the third party notice. A significant factor in this case was that the proceedings involved allegations of professional negligence. Hogan J. referred to claims involving allegations of professional negligence as coming within a "special category", which necessitated an element of caution before bringing third party proceedings. The court held that it was not until the defendant had received a copy of the co-defendant's defence that time started to run under section 27.

In the recent case of Cluid Housing Association v O'Brien [2015] IEHC 398 the High Court held there was no requirement to obtain an expert report before seeking leave to issue a third party notice. The court indicated that the statement of claim contained sufficient information to enable the defendant make a decision in relation to bringing third party proceedings. The court held there was no evidence that replies to particulars or an expert report was required before serving a third party notice. The third party was a timber frame manufacturer (and not a professional), nevertheless this decision illustrates the extent of scrutiny by the courts of the reasons and justifications given for delays in joining third parties. Murphy J. held that, "…the Court is not persuaded that the respondent needed anything more than the statement of claim to decide on the appropriateness of joining the third party".

While the courts are slow to strike out third party proceedings against professionals, a defendant will still be required to provide cogent justifications for not serving the notice as soon as is reasonably possible. We have seen that a third party notice can be set aside if the delay in service of the notice is as a result of a defendant's failure to instruct an expert and obtain a report or seek replies to particulars as soon as reasonably possible. It can also be said that a court will have less hesitation in setting aside a third party notice were the delay in serving a notice has resulted in actual prejudice to the third party. 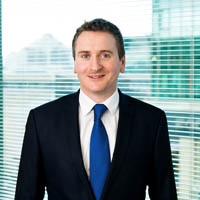