So the saga continues in the matter of SSE Generation Ltd v Hochtief Solutions AG, with the most recent decision of 10 April 2018 giving some much needed insight to the Courts interpretation of the NEC form of contract, as well as warning for insurers as to what protection "reasonable skill and care" will afford contractors involved in design and build projects.

So the saga continues in the matter of SSE Generation Ltd v Hochtief Solutions AG, with the most recent decision of 10 April 2018 giving some much needed insight to the Courts interpretation of the NEC form of contract, as well as warning for insurers as to what protection "reasonable skill and care" will afford contractors involved in design and build projects.

The facts of the case are well rehearsed since the last judgment in 2016. In summary the headlines are:

The issue in the first trial in the Court of Session (Outer House) [2016] CSOH 117, was whether the works were defective at the time of take over.

In the proverbial Red Corner, Hochtief claimed that pursuant to clause 80.1 of the NEC2, SSE became responsible at takeover for the risk of loss or damage to the works then taken over; namely the tunnel.  In the Blue Corner SSE relied upon the exception to this being that the defect already existed at take over, and as such, was a Contractor's Risk, and so Hochtief's responsibility.  Simple enough.

However, the haymaker from Hochtief was an Option M included in the contract that provided Hochtief would not be liable for defects in the works due to its design so far as it was able to prove that it used "reasonable skill and care" to ensure the works complied with the Works Information.  Hochtief argued it could not be liable for defects that existed at take over if it used all reasonable skill and care in design.  Lord Woolman in his judgment in the 2016 case agreed.

On appeal, Lord Glennie made an important distinction in Lord Woolman's decision. He agreed Option M "put a break" on liability for design, Lord Woolman ultimately determined the defect resulted from the design and that Hochtief had not guaranteed the works, but accepted the lesser obligation of reasonable skill and care.

In the present case Lord Glennie decided that Lord Woolman had ultimately stopped short in reaching his decision, and that the works were defective, not just as a result of the design, but as a result of the actual works carried on the basis of that design.  As such, the defence of "reasonable skill and care" for all works could not be relied upon as a defence to a finding of poor workmanship or failure to build to design, and Hochtief were found liable for the failure, and responsible to cover the costs of the remedial works.  Which amounted to £107million.

So what are the key warnings for insurers arising out of this decision?

It is well founded that the standard of liability under and NEC3 and NEC4 contract is that of fitness for purpose for the works carried out.  If there are design elements to the works, this standard remains, unless secondary options X15/X15.1 are included, in which a limitation of liability is adopted as "reasonable skill and care" for the contractor's design.  This decision has appeared to confirm this premise, and for good measure has drawn a distinct line between our two favourite words "Design" and "Build" when it comes to the standard of liability.  X15 and the standard of "reasonable skill and care" is only a shield insofar as it relates to design; everything else, must be measured against the fitness for purpose test.  This also follows the Supreme Court decision of MT Hojgaard a/s v E.ON Climate and Renewables [2017] UKSC 59, whose repercussions are still being felt throughout the industry.

Insurers generally need to be aware of the implications of reasonable skill and care when it comes to NEC contracts.  This present case gives guidance that even if all reasonable skill and care is employed when designing, and even in implementing that design, if the works fundamentally fail, due to the works not complying with the Works Information (therefore fitness for purpose), they must be deemed to be defective, and depending on when the defect arose, the contractor's Public Liability and Contractor's All Risk insurance may be at risk. 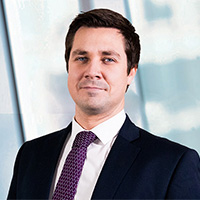